Hey hey, it’s November 27th. If you live in America, I hope you had a fantastic Thanksgiving week. There aren’t too many releases this week due to the holiday, but we do have some! Check back in with us next week for more music news!

Following the release of their debut mixtape, Foreign Language, 1300 debut their collaboration with producer SOLLYY in their new track, ‘CARDIO!’. 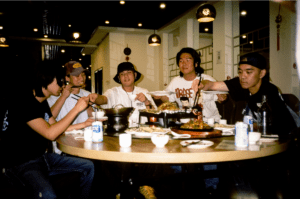 The game-changing 808 Festival is back for its biggest and best edition yet from 9 – 11 December 2022. The leading event in all of Southeast Asia offers up three days of musical madness and brain-boggling production with the likes of Andrew Rayel, Armin Van Buuren, Gareth Emery, DJ Snake, Hardwell, Madeo Live, Zedd, Morten, Illenium and more all playing at Bangkok International Trade Centre. Get your tickets now at https://808festival.net/ 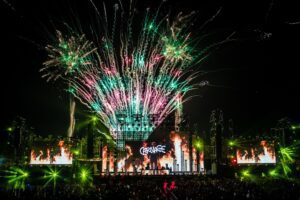 Badflite is ready to release the fourth track in a streak of releases, while also announcing the coming of his debut album. ‘Down Together’ is the oldest idea from the album and marks the fourth single of it. Reinventing his sound as well as image as a whole, the album will surely present his own personality.
Badflite: ‘’I started making ‘Down Together’ by playing around on the Mooog synthesizer in the studio. With a rather simple melody and vocal chops from the choir I managed to get an interesting vibe combining pop and electronica.’’ 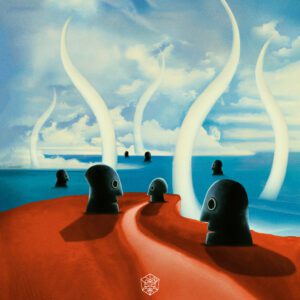 Floating to the forefront of pop culture on their own terms, buzzing alternative pop duo BETWEEN FRIENDS—Brandon and Savannah Hudson— release “Fri3ndsHip bRaceleTs” in collaboration with Mexico City based jewelery brand, Blobb. 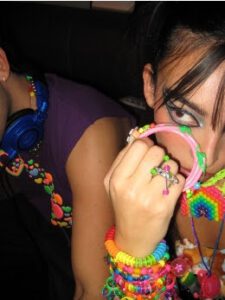 Big Skeez today drops his final release for 2022 with ‘Work Don’t Stop’, out via his longtime home on NLV Records. 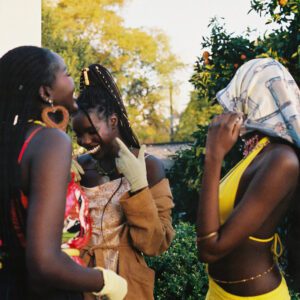 Daine is shifting, unmoldable and fluid in their new release, ‘Shapeless’ the title-track from their second mixtape out Feb 24 via Warner. 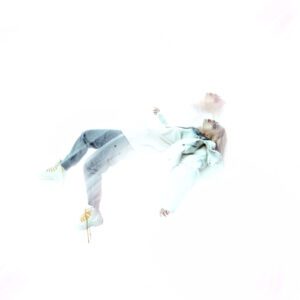 The ubiquitous yet ever-elusive superstar DJ Hanzel unveils a new song today, “Gumby”—listen here. His latest effort to make music that no one will ever hear, the new track follows previous offerings “Make Me Feel” and “Talkin,” which found Hanzel doubling down on his overarching mission to “go one deeper.” 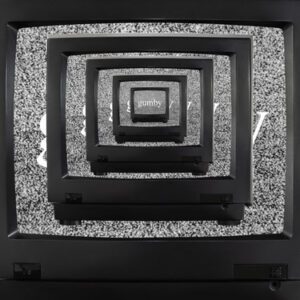 ‘Paranoid’ is a driving track, punctured by syncopated rhythms, buzzing feedback and a fiery chorus. DZ’s sound sings through the piece, with heavy double and triple-octave riff instrumentals reverberating on the lyrics: “Oi, oi, ya paranoid, hanging at the back waiting to get destroyed.” The track features notable nods to classic Aussie rock; percussive built-up introductions, howling vocals and driving repetition, demonstrating DZ Deathrays‘ lasting ability to deliver carnage-inducing riffage. 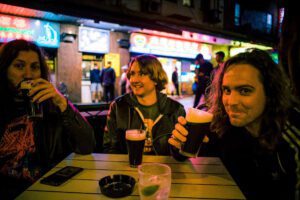 The new single is an ode to late 00’s indie rock that highlights Groupthink’s infectious melodies and hooks with an appreciation for distortion. He’s blending genres and pushing boundaries by combining garage rock motifs with sweet, sultry R&B structures and melodies. Groupie is a cheeky stoner pop song about being in love with someone who is a rockstar. 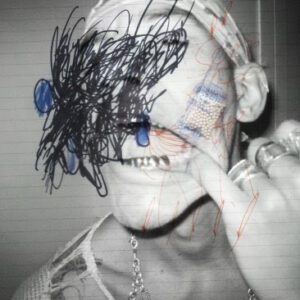 Following the release of their monumentous new single, breakout rapper JELEEL! teams up with Denzel Curry on the official video for “SHOTS!”

Watch it HERE and get “SHOTS!” HERE via 10K Projects. 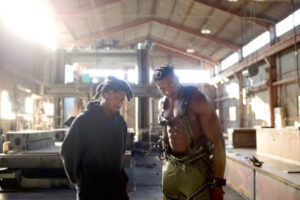 Jean-Michel Jarre will release a remastered version of his historic live album The Concerts In China on November 25. Originally released in 1982, the album served as a document of an historic concert tour Jarre undertook in 1981 – consisting of five spectacular concerts in the People’s Stadium of Shanghai and Beijing. It was the first time a Western music artist had performed in the country following the Cultural Revolution. 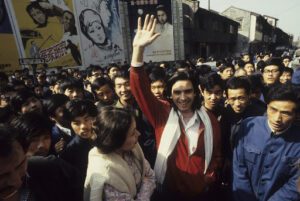 Rising star Lila Drew teams up with BROODS — a ten-time New Zealand Music award winning act who’ve amassed over 1B streams to date, collaborated with Lorde and Tove Lo, and toured with HAIM and Taylor Swift — on a new remix of her previously released single “Bad Juice.” The remix is a fresh and upbeat re-imagination of the original track (which was named a “must listen” by i-D), full of dynamic melodies and prime for the dance floor. 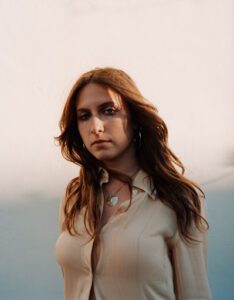 Malarkey & Beave have been friends from the UK for years, but for the first time they are coming together to release ‘Good People’. After Malarkey heard an early clip of this tune online, he knew he had to be a part of it. This track was heavily inspired by the resurgence of disco house in commercial music as well as their love for soul and old school sounds. ‘Good People’ was already tested at Creamfields and Amsterdam Dance Event this year, proving it gets people moving for sure. 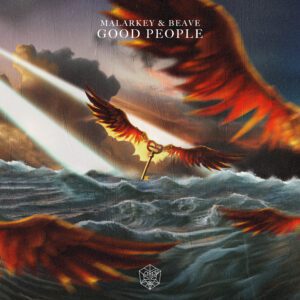 Cuban-born, Miami-based producer, DJ, and label head Malóne releases ‘Late at Night’ via his Hurry Up Slowly imprint. Malóne has had a watershed year, with two tracks, ‘Muy Bien’ and ‘Besame’, reaching #1 on Beatport’s Afro House chart. Woman of the hour Hannah Boleyn contributes vocals for the record, as the two join forces to shut down 2022 in style. 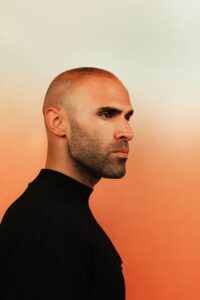 Notable songwriter and musician Marcus Paquin is perhaps best known for his work on albums by iconic artists such as The National, Local Natives, The Weather Station, Julia Jacklin, Begonia, and Sarah Harmer.

Marcus shares his debut solo effort, an album entitled Our Love (via Birthday Cake Records). The album dives into a difficult transition in his life – the separation from his partner of 18 years and finding self-love, new love and acceptance of his new path in life. It was written, arranged, played, produced, and mixed by Marcus with drumming from friend and former bandmate Liam O’Neill of the band Suuns. It combines Marcus’ raw and intimate songwriting with his veteran production chops, blending traditional indie rock sounds with lush layers of electronics and synths. 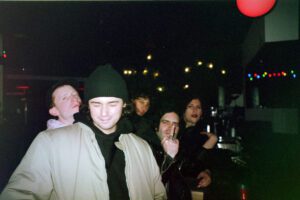 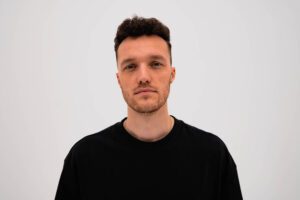 Rapper and lyricist Nada5150 steps into a new chapter in his first self-produced single, “City Phonk,” releasing via TikTok distributor SoundOn on Thursday, November 17th, 2022. Click here to listen now—The song’s genre is a hybrid of Japanese City Pop and the Southern hip-hop Phonk sound, bringing together a variety of personal inspirations from Nada5150’s life. 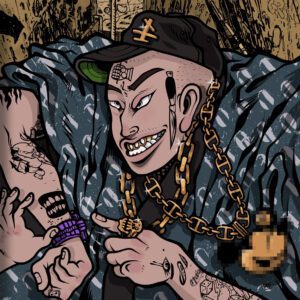 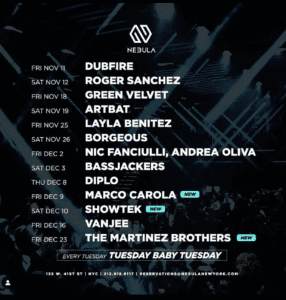 Electro house prodigy No Mana marks a trilogy of releases on Monstercat today with his next nostalgic single, “Space (feat. ill-esha).” Inspired by one of his favourite childhood songs, “I Love You Always Forever” by Donna Lewis, the new record sees the artistic virtuoso juxtapose his previous moodier tones on releases like “Out of the Dark” and “Yesterday,” with vintage-analogue synths backed by his signature 8-bit beats. The pop-driven melody from ill-esha tops the ‘90s feel and positions the track as a groovy anthem fit for the dancefloor. While “Space” is the final release of 2022 for No Mana, fans can still catch him live in December at his last two dates in Denver at The Temple and Harrisburg at Stage On Herr. 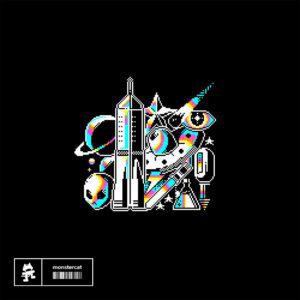 Iconic experimental garage rockers OSEES announce a run of 2023 UK/EIRE tour dates, set to begin next spring in Manchester, England. These new dates add onto OSEES’ already lengthy current tour, which see them making stops in Australia and Spain. Stateside, OSEES will appear at a pair of shows at Brooklyn Made (Brooklyn, NY) on December 16 and December 17.

As the final month of 2022 approaches, Purified Records shows no signs of slowing down as it reveals its latest selection of floor-filling cuts in Purified Fragments XII. Consisting of three carefully selected cuts, the compilation is out now on all streaming platforms. 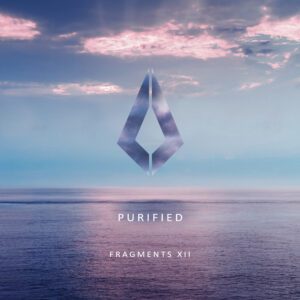 R3LL, an original Brick Bandits crew member, and an artist regarded as one of the pioneers of Jersey Club unites with fellow New Jersey native, Atlantic City-bred singer-songwriter B Che, on the new Dim Mak single, “Night Spot.”

Rodolphe Coster and Band- High With The People

We are very pleased to announce the release today of High With The People, the debut album of Rodolphe Coster and Band. Multidisciplinary artist and legendary activist from the Brussels scene, Rodolphe Coster has already lived several lives, several deaths and as many resurrections. At 46, he releases a first album in his own name this year called High With The People. The album was recorded at the legendary Studio G in Brooklyn was produced by Matt Jones of Male Gaze
and brings together a dream team including Jeff Tobias (Sunwatchers), Sarah Register (Lou Reed, Depeche Mode, Protomartyr), Atsuko Hatano, (Jim O ‘ rourke) and Maya Postepski (The Organ) among others. The result is a cold and irreverent rock, free from all shackles and oozing the rage to live through every pore. 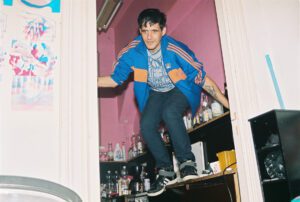 Boasting an impressive triad of critically acclaimed releases since launching back in April 2022 (Here To Stay EP, Starlight EP and Disconnect), burgeoning underground house imprint Scenarios now looks to continue its enviable run of first-rate studio output as it unveils its fourth official offering, with Looking In The Sky. 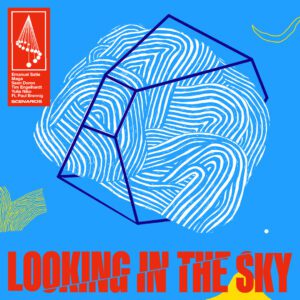 Heavy metal-driven electronic artist Sullivan King has teamed up with household bass producer Wooli to deliver their second collaborative single, “Let Me Go” on Monstercat. Breaking hearts and rails, the track evolves from an emotive ballad with melancholy guitar chords into a mind-numbing bass assault with Sullivan King’s high-frequency screams piercing through alarm-blaring synths. Today’s single follows the anticipated announcement of his forthcoming album, ‘Thrones Of Blood’ arriving on Monstercat in March 2023. Accompanying the LP, Sullivan King will take to a coast-to-coast tour covering 30 dates across San Francisco, Los Angeles (2x), Austin, Buffalo (2x), Chicago, and more to be announced. 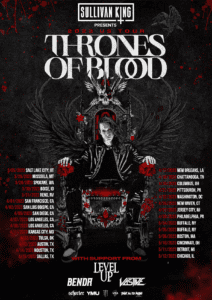 SYML- Better Part of Me

“Better Part of Me,” the new song from SYML—the solo project of singer, songwriter and producer Brian Fennell—featuring bluegrass vocalist and fiddler Sara Watkins of Nickel Creek and Watkins Family Hour premieres today. The track is taken from Fennell’s forthcoming album, The Day My Father Died, set for release February 3 via Nettwerk—pre-order/pre-save here. 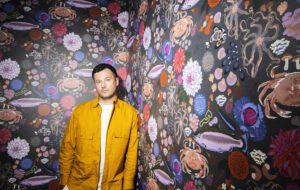 Tom Petty and the Heartbreakers

The long-awaited Tom Petty and The Heartbreakers Live at the Fillmore (1997) is out today. Taken from their legendary residency at the historic San Francisco venue, the extensive box set is available now in various formats on Warner Records; stream/purchase HERE. Described by Petty as “the highpoint of our time together as a group,” the captivating 20-show run created a unique bond between what is often hailed as one of America’s greatest rock and roll bands and their fans. It will be the first live release in 13 years with the band playing covers of their favorite influences as well as their hits.
The box features a bold acoustic version of “American Girl” with Petty singing along with his fans. A video for the song from acclaimed director and Tom Petty’s daughter Adria Petty (Beyoncé, Rihanna, Coldplay) and filmmaker Jacques Naudé is out now.
Watch/share HERE. 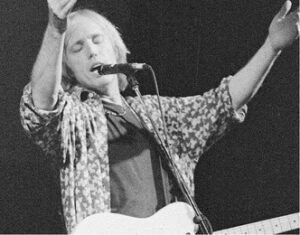 This Fall will see the release of the first recorded material by True Body in its current form, yet revealed. True Body is slated to hit the road once again in November.