The heartbreak of losing out on Music Midtown 2022 was a lot. The whole situation with the new interpretation and enforcement of a Georgia gun law put festivals in the state at risk. However, it seems that event promoters have found a way to push forward as Shaky Knees has just dropped their 2023 lineup for the festival’s 10-year anniversary. When I got the text today with the lineup (something you get for signing up for alerts) my heart skipped a beat. Until that moment it was still up in the air if the festival would still happen in Atlanta, let alone Georgia. Now we can all rest easy knowing that festivals in my hometown are able to happen! 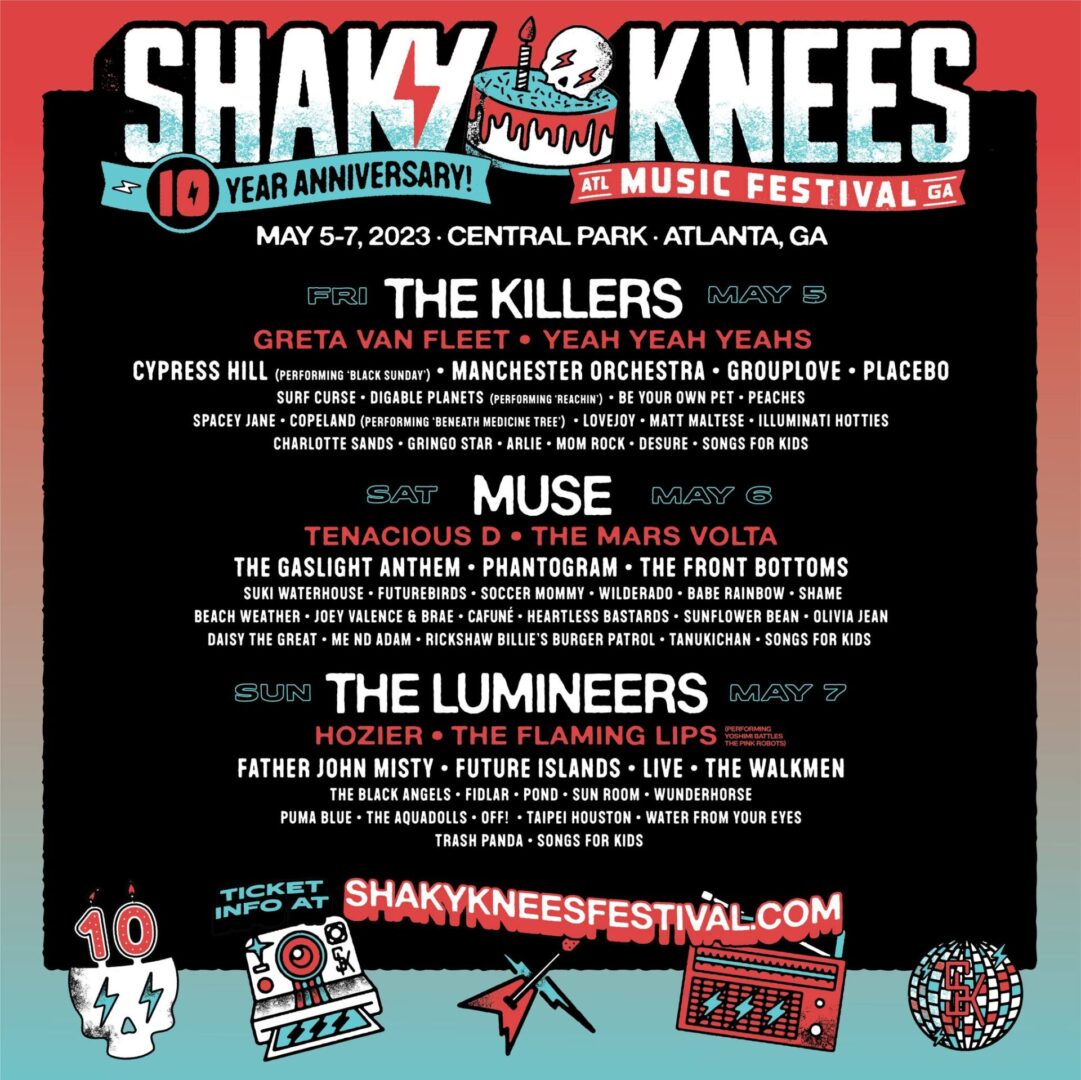 At first glance, the headliners are a huge attraction with booking The Killers, Muse, and The Lumineers. I’ve seen all of these bands play festivals and each set is a core memory, which is hard to say considering how many shows I go to (this year alone it’s been over 10 festivals and around 50 shows). Then you have the supporting artists, which include some cool grabs like Greta Van Fleet and Tenacious D. But the real secret sauce comes when you dig into the meat of the lineup. Some artists are playing special sets including Cypress Hill performing Black Sunday, Digable Planets performing Reachin, Copeland performing Beneath Medicine Tree, and The Flaming Lips performing Yoshimi Battles The Pink Robots. In all my years now of doing festivals, I don’t believe I’ve ever seen so many bands performing album-specific sets in one weekend. When you dig further, you will find some other wild gems including Illuminati Hotties, Babe Rainbow, and Australia’s own Pond. 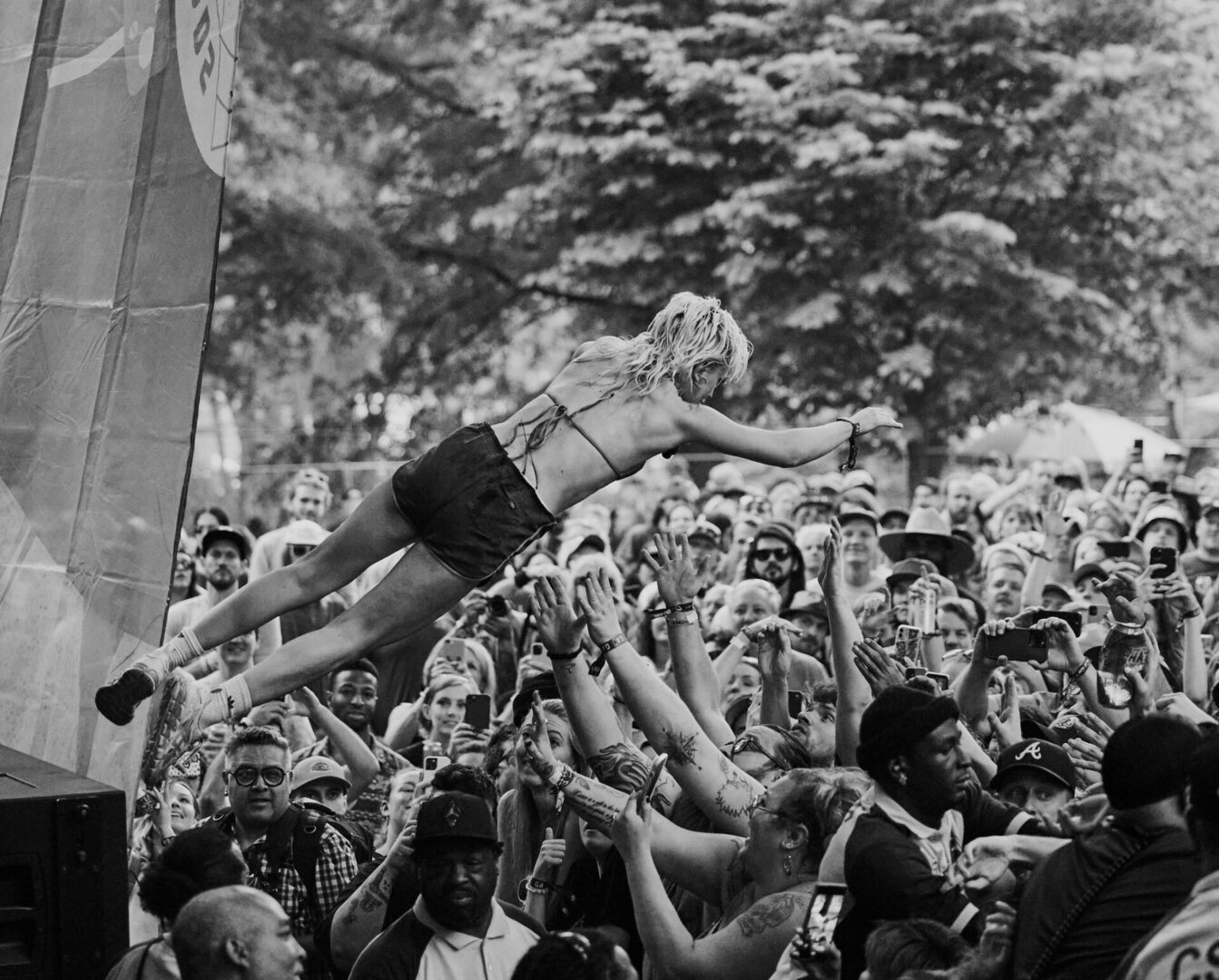 Tickets go on sale this coming Friday with presale starting at 11 AM. Shaky Knees is letting folks sign up online still for presale access codes according to the email they sent out. Otherwise, those that have signed up should receive their presale code on Friday morning. I have noticed recently that ticket buying has been a struggle for some events as they tend to sell out quickly. I think that with this lineup, Shaky Knees 2023 might have that same issue. There are usually folks selling day passes at the gate, but to lock in your tickets make sure you keep an eye on announcements made by the festival. Additionally, start looking at booking hotels and Airbnbs now. Every year I see tons of people try to book lodging closer to the festival when everything is already booked up. Don’t be one of those people!

I hope to see y’all in the pit at the Criminal Records stage (IYKYK). And we will all start counting down the days, hours, and minutes until Atlanta’s beloved indie rock festival comes back to celebrate its 10-year anniversary.