Presented by The Meraki Movement, DUBDAY ORL is one of Orlando’s flourishing underground EDM concert series.

Gaining traction in recent months, DUBDAY ORL is throwing their biggest show this coming Thursday, July 5th. Featuring two stages, some of Orlando’s hottest up and coming talent, and produced in association with Headbang Society, this is a show you won’t want to miss!

Tickets are still available but buy now before they sell out! 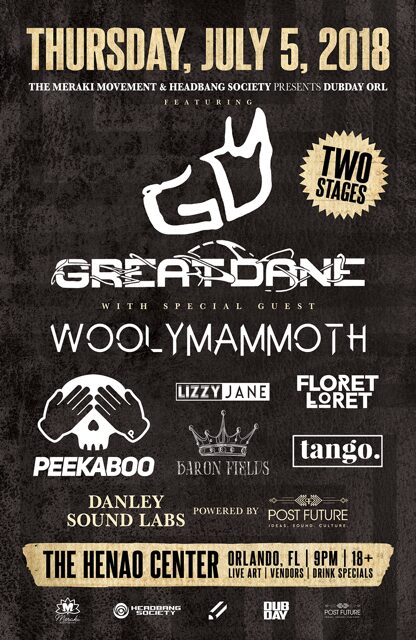