From the moment you walk into Paradiso,

Walking into an event at any point in your festival journey brings on a feeling of amazement and uncertainty, “What kind of experiences am I going to have? Who am I going to meet? What’s the next time I’m going to experience something like this again?” Whether the person you meet has never been to Paradiso before, been once, or has been there every Paradiso, they’re all equal parts crazy, and special!

“Some may never live, but the crazy never die.” – Hunter S. Thompson

I’ll be telling you a story using the old Christmas Story archetype, the ghost of Paradiso past, present, and future!

Starting with the ghost of Paradiso past, Ryan L. has been to every event since the first event, he can tell you what food truck has the best/cheapest food, how the stages have all evolved and improved, and tips and tricks to survive the monster that is Paradiso. 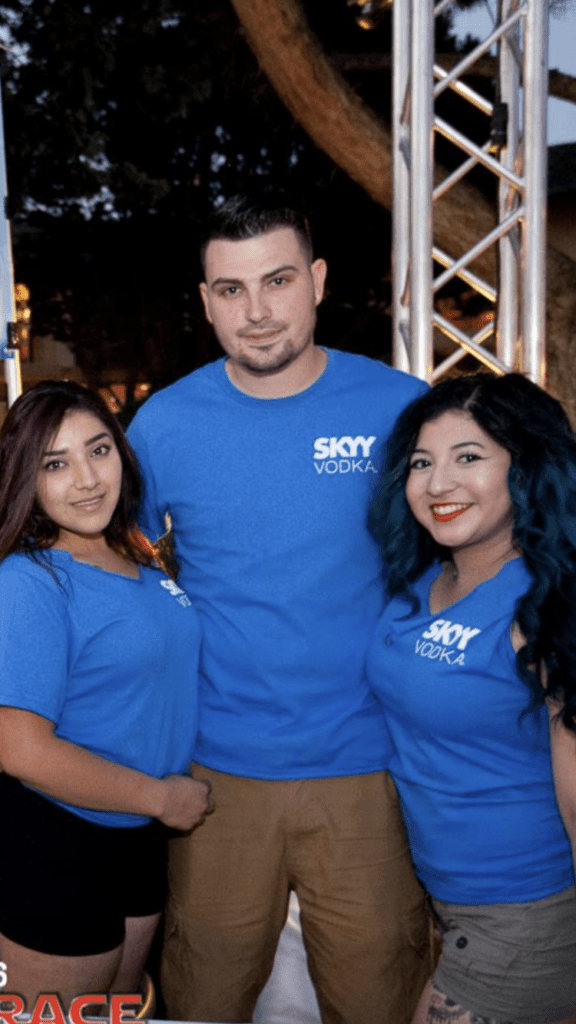 Jonathan – “What is the most memorable thing about Paradiso?”

”The couple things you’ll never forget about is the music and the people! Essentially that’s the only thing that brings this culture together, and with that power comes an innate ability to connect, everyone here can become your best friend if you’re willing enough” – Ryan L. 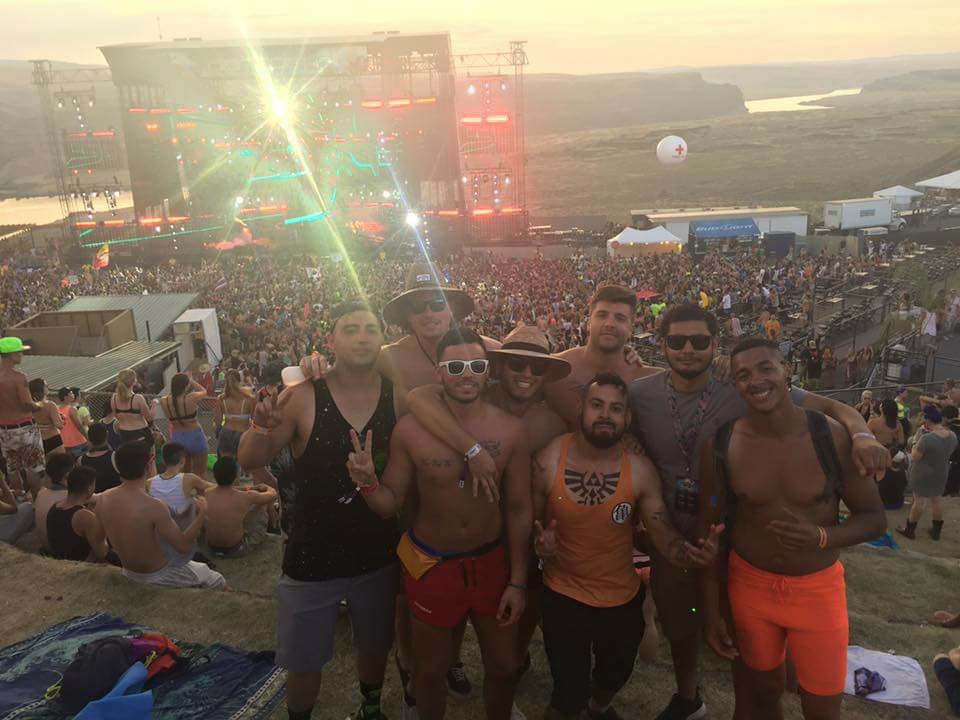 Ryan on the far left with a hat.

Truer words have never been spoken, if there is any culture you can adapt yourself to the quickest, it’s raving and festivals. Along with festival culture comes the assumption that you’re an open-minded person, you aren’t harsh or unwelcoming to anyone, and you’re a happy person in general. This is the group mindset for anyone coming to a festival, whether it’s your first time or your 20th time!

What matters most is the people you truly connect with! Out of a crowd of amazing people, maybe 90% of them are willing to connect with someone new, and you’ll be surprised how many common interests you guys instantly have. It’s your job to find a family, go solo, or come with one, and be the best inspiration for the world you can be!

Next let’s take a look at the ghost of Paradiso future, the adorable ball of energy that is Peyton A. (IG: @yungsuccubus). Peyton has been raving since 2013 and loving every second of it since. She’s never been to Paradiso, and is making the journey home this year!

Jonathan – “What was the first event you went to, and how did it affect you?”

“My first rave was Respect 2 by Durty DJ’s and I spent hours hot gluing one of those ridiculous flower bras together and I was so proud of myself! … when we turned onto the street of the venue, I could literally feel the bass vibrating the car. That’s when I knew I would always love raving… I could be creative and free, dancing all night if I wanted to!” – Peyton A.

Imagine, you’re at your first rave again, you came here with the worlds issues on your shoulder, but in a combination of carnival wonders and Folsom Street Fair attire, you find solace. After coming from a military family, and living all over Europe from Belgium to France, she finally settled in Northern California and joined the scene!

Jonathan – “What are you most excited about for Paradiso?”

“I’m so excited to experience The Gorge in person. I hear it is one of the most beautiful venues ever! Seeing my favorite artists in such a gorgeous place will be mindblowing! I’m very happy to finally be able to make the journey out there this year ?” – Peyton A.

One of America’s premier outdoor concert venues, The Gorge Amphitheatre is a 20,000 plus seat concert venue that has played host to some of the worlds biggest performers. The Gorge Amphitheatre is located in the rural town of Gorge above the Columbia River in Washington, just 10 miles northeast of Quincy. It is renowned for being one of the most scenic concert locations in the world offering spectacular river gorge views and concert friendly summer weather as well as lawn terrace seating.

Last but not least,

We have the ever wonderful Thomas P. (IG: @ironcheflove), serving as Paradiso present, who took his special needs dog Von to Paradiso last year for the first time, and was still able to enjoy all the festival has to offer! Before you ask, yes, he asks the festival in advance if he can bring Von. He has doggy earmuffs and massive amounts of water for Von at all times as he explores, and he can usually get pretty close to the stage without Von being in trouble from people stepping on him or being in the way. The biggest take away from this is, always keep your eye out, and be friendly to one another at festivals, and hopefully during life in general. 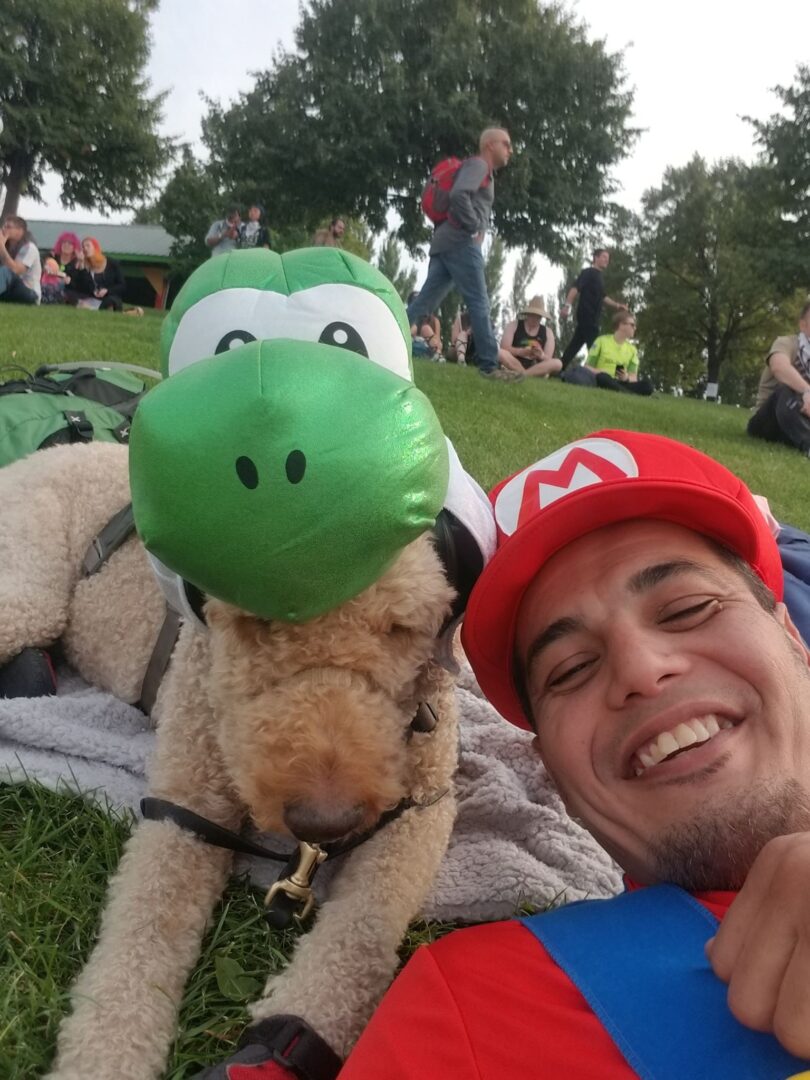 Von(with his earmuffs) and Thomas relaxing in the grass at Paradiso.

Jonathan – “When did your raving story begin, and what keeps you around?”

“I used to be a raver back in the early 90’s, back during high school. Decided to get back into it because I missed my friends and the great vibes so I went to EDC 2016 to go big or go home, and to get back into it. Had a blast but the journey to EDC was far and too hot for Von. 2017 decided to go local, got adopted by a great fam.” – Thomas P.

Come and join us at Paradiso! ?

Whether you come from near or far, you’re a minority or even an outcast, Paradiso is what many people call home. A time we can get away from the harshness of life and celebrate the three things we all hold dear to our hearts: art, music, and people.

Get your GA/VIP tickets here!

Get your camping passes here!