After around a year and a half of no live shows, this year saw the return of festivals. And while there were some stumbles along the way with many shows being canceled due to health concerns, unexpected weather changes, or other reasons, the industry managed to get its foot in the door again. And for me, Decadence AZ was the perfect way to move on from some of the hassles of last year and to move forward to the New Year. 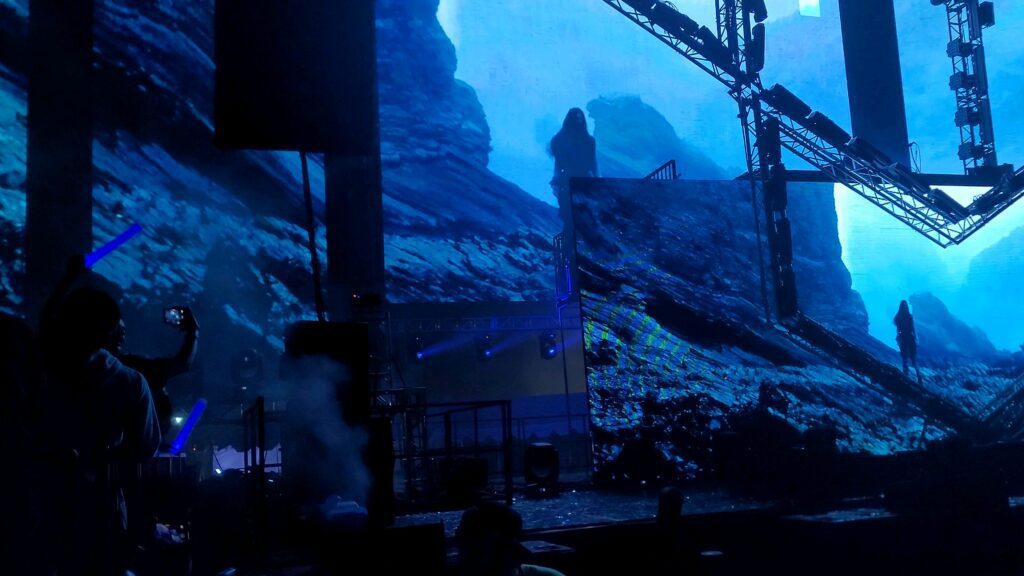 So let’s get started with day 1 of the festival. I spent a couple of hours wandering the festival, getting a feel for the event. It was during this time that I wandered each stage to check out all the openers and some of the artists that I did not know as well. The artists the really caught my eye during this time included House DJ Austin Feldman and the house and techno group Gem & Tauri, both of whom were on the second stage, the Royal Ballroom. After spending some time at that stage I headed over to the main stage, the Grand Palace, to check out Alesso. After getting to know some of the people around me, Seven Lions came on and of course, I had to scream out every lyric to every song along with some of my new friends. Alison Wonderland came on and after being unable to decide between her and Madeon, I split my time between both sets and both were excellent.

Finally, I stayed at the main stage for the last 2 acts, Kaskade and DJ Snake. And what a way to finish up the first night. Kaskade was the DJ to originally get me into the scene so to see him is always a treat and DJ Snake always puts on an amazing show. I think my favorite moment of day 1 was during Kaskade’s set when he played Angel on my Shoulder, a song I felt like I had not heard in years, but I could still recite all the lyrics to the song. Another favorite moment of the night had to be near the end of Madeon’s set and he played shelter, everyone one of us in the crowd was singing right along with him. After I got promises to meet up with my new friends, I headed out from the festival and back to the hotel, and I fell asleep waiting for the second day of the festival and the final day of 2021.

I spent most of the afternoon stretching and making sure everything was ready after waking up extremely sore, probably from all the head-banging. After finally releasing the soreness from my muscles,  I got some long pants as it was supposed to rain that night, and all I had left to wear was shorts. I went and checked out Animate, who along with Austin Feldman the day before were my favorite new artists for the festival. I then got to check out a little bit of TVBOO before Lost Kings came on, who I hadn’t seen since one favorite festival ever, Paradiso 2017. After that I checked out Alan Walker (who I got to briefly meet!!) who killed it and had another of my favorite moments from the festival, when Ignition came on, I was about to leave for a bit to check out Destructo but then that song came on and I had to immediately go back to the stage for a bit. I then went raged with Destructo for his birthday, which was that day. I met up with the friends I made yesterday and saw BIJOU, who was replacing Diesel, who was unable to make it. Finally, it was time for the final artist of the year, Dillion Francis. We raged with him through the Countdown and even had a memorial for Betty White, who we all heard had passed away earlier that day. Now it was 2022, and who else but Marshmello to start us off right. He played some of his biggest hits like Happy and One Thing Right and some of his classics like Alone and Summer. And to end the night, we headbanged to some Excision. We raged out to begin the New Year, what a perfect way to start off 2022.

After the show as everyone was trying to get an Uber or Taxi to get out of the rain, I couldn’t help but think how amazing this festival was, and how perfectly it brings in 2022. Like the rain that hit us as we left the festival, we still got some shit to deal with from 2021. But this will be the year where we can start to put some of that behind us and look towards the future. I couldn’t have asked for better to kick off 2022, happy New Year everyone, may it be an amazing year for all of us. Be on the lookout for tickets next year.