Houston gets a new look this year for its annual Halloween festival and it’s called Freaky Deaky. After 6 years running, Something Wicked is no more. For its part, Something Wicked did great things for the Texas scene, bringing in big festival names and production to become a staple of Halloween events in our region.

This year Disco Donnie Presents has partnered with React Presents to switch up the party at the track with an addition to the Freaky Deaky series and simply put, they delivered. Excision, Kaskade, DJ Snake, and Porter Robinson (DJ Set) guaranteed the first couple tiers sold out in record time with subsequent line-up announcements adding extra icing on that cake. 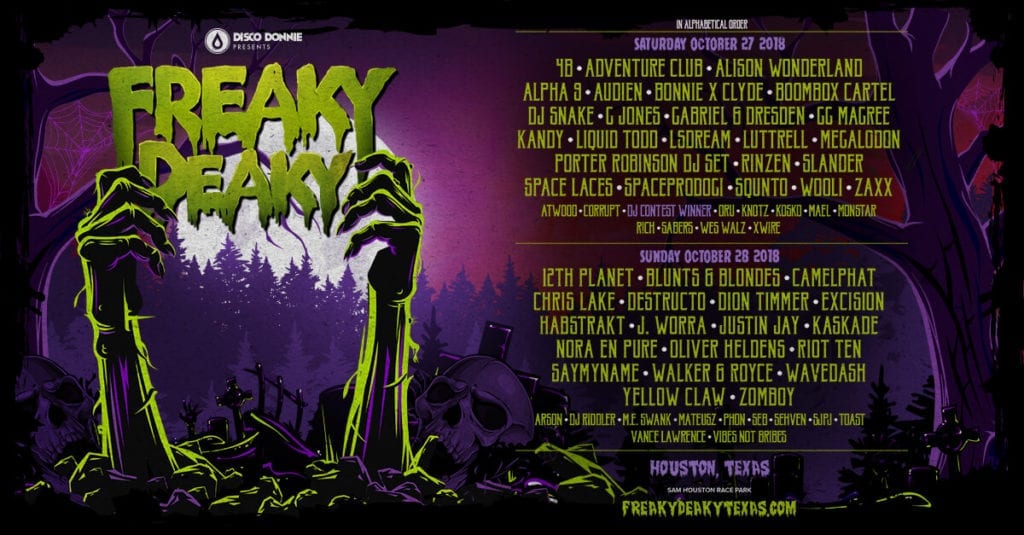 However, that’s not all there was to be for the inaugural year of Freak Deaky Houston. In a first for our regional Halloween festival, Disco Donnie has chosen to recognize the talent we have in our local scene by adding an additional stage entirely dedicated to local artists.

The new stage was proposed by a popular promoter from Houston, RayTrill Harvey, in a tweet to Disco Donnie. After a quick 500 retweets, DDP agreed to let RayTrill and her team, Trillvo, organize a local stage to highlight the heat coming out of Houston. Now the full line-up is finally out and it’s definitely the cherry on top of something special. In case you couldn’t read the small print on the first flyer, here are your local legends for this event. 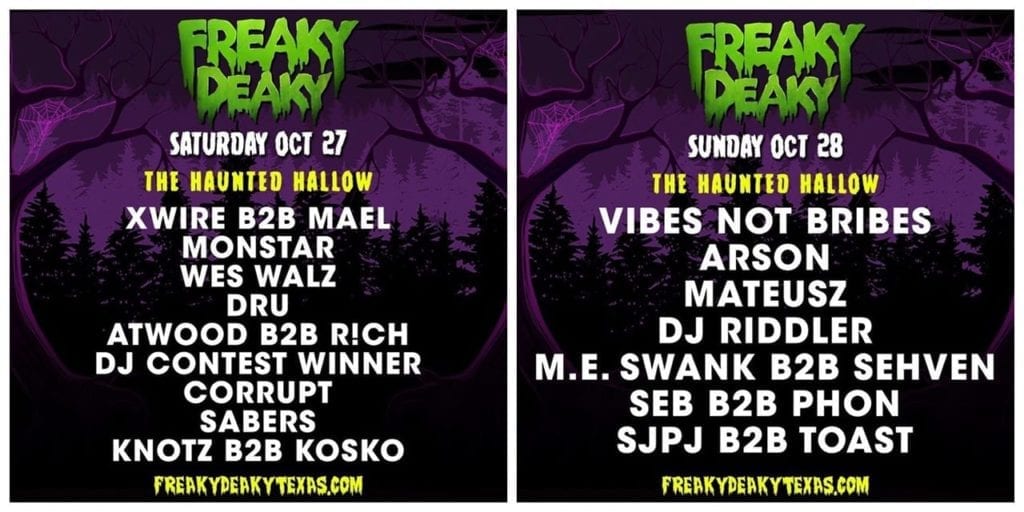 We’d like to congratulate the local artists who made the line-up, and the countless more equally deserving artists in Houston. I’ve seen most of this line-up myself and you don’t even know how perfect it is. Do a favor for your eardrums and plan some time at this stage.

The EDM scene is inspiring not just because of the love we share for the music or each other, it’s inspiring because it challenges us to become creators ourselves. We make kandi to share with strangers, we make totems to help us assemble, we make outfits, we make pins, we learn to dance and to flow, we make our own music… we make art.

It is out of respect to the inherent creativity in our community that Freaky Deaky will be showcasing local talent and we know Houston will show up to support. If you’re coming in from out of town make it a point to check out The Haunted Hallow for some local flavor and an underground vibe. 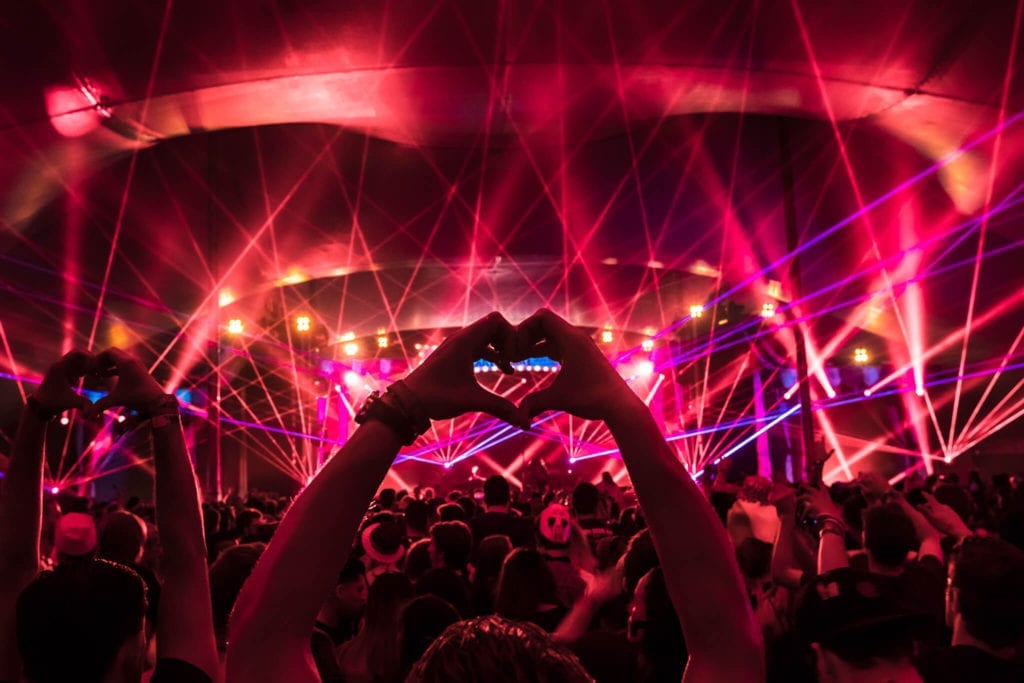 I caught up with RayTrill to ask her what it meant to have the work they’ve all put in be recognized in such a way:

“It’s honestly incredible because it all came about from a tweet to Disco Donnie and you never really think that people are going to take it seriously but 500 retweets later my good friend who works for him messages me and says, we’re gonna do this and I freaked out so basically all of HOUSTON made this happen… they wanted it that bad. To me, that is insanely beautiful. Every local DJ I booked hands down some of the dopest of dope in our scene so it’s so sick to be able to give them this chance. There are so many more as well so much talent in this city and I feel it’s been slept on so it’s so sick to get to wake people up to the talent here.”

After working for 3 years, RayTrill is making waves for sure but we all know it doesn’t always feel like things will work out and often times our dreams seem out of reach. So to follow up I asked:

“What do you want to say to anyone who may be filled with self-doubt about their dreams that may seem unreachable, but that this experience has taught you is indeed possible?”

So there it is then. Put in the work, get what you want and come rage with us in Houston this Halloween.