There’s a little town in Texas with a population of 107 people which spans a whopping 2 square miles and is relatively quiet and sleepy most of the year. All but for about 9 weeks of it, that is. When the leaves start to turn and the air begins to crisp, there is only one destination on my mind and the minds of countless others, the Texas Renaissance Festival (TRF) or Faire. During those 9 weeks, the tiny town called Todd Mission hosts the largest, most widely attended renaissance festival in the country, some say the world. With almost 650,000 patrons last year alone, it’s a hard point to argue. And now, it is that time of year again.

Some of our readers may recognize the TRF facility as the original home of the Middlelands music festival. Indeed, Middlelands capitalized on decades of growth at TRF to create a fusion of a music festival with a faire atmosphere never before seen, but this isn’t the story of Middlelands, this is the story of the festival that made it possible. This is the story of our collective longing for a simpler time, a more magical time, idealized in history and expanded upon by fantasy. An iconic setting filled with deep archetypes that fulfill the need we all have for a life of greater meaning. The atmosphere at faire is such that one feels licensed to remove the facade we normally show the world in favor of a simpler and truer form of ourselves. An opportunity to remove our masks and don any other we choose. A weekend to be the knight in shining armor, the fair maiden, the jester or even a dragon can be freeing to the mind and solace for the soul. 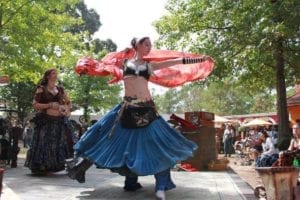 I’ve attended TRF for over 15 years and it’s always been my home festival. Growing up I often felt like I was born in the wrong time period. I was fascinated by the stories of crusades and chivalry, I longed to joust in a tournament and I was enchanted by the majestic aesthetic of the time period and over the years my increasing involvement in the culture of faire has served to enrich and enliven my experience in ways no other thing has. I’ve made deep friendships and lasting memories, some memories a little hazier than others… but of course, those were the best times.

Most importantly, at an early age in my life when I often felt the odd one out and like my interests weren’t aligned with contemporary society, it gave me a place where I fit in. A place that celebrates what is unique and shuns what is pre-packaged and manufactured, a place that encourages creativity and inspires it within you, a place that speaks magic to those with ears to listen and reveals mystery to those with eyes to see, that is the Texas Renaissance Festival. 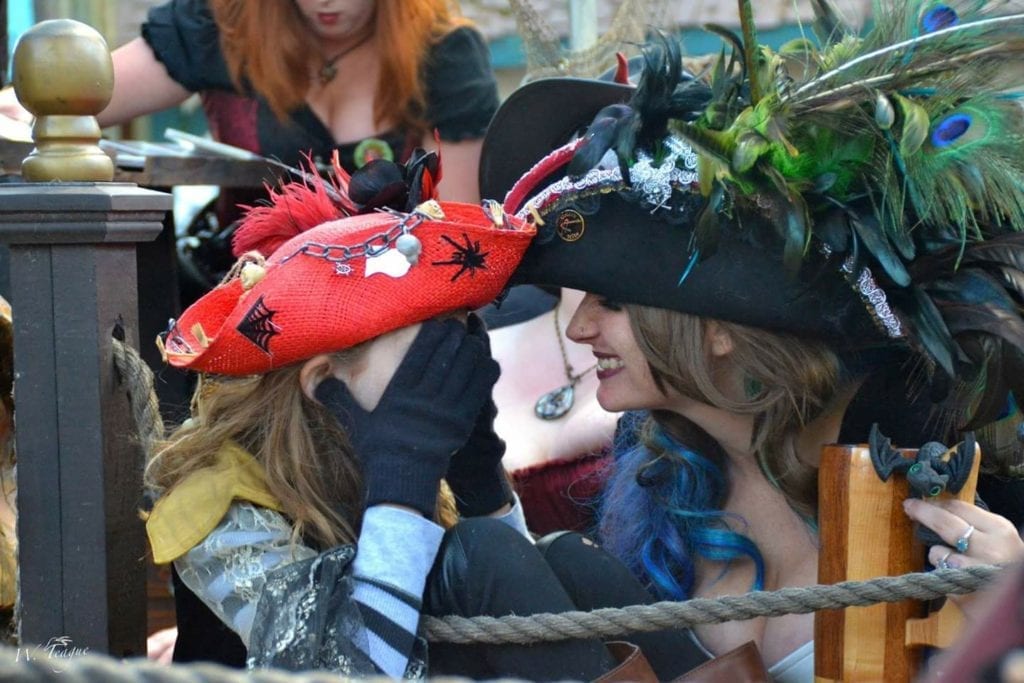 Like any festival, attendees put a lot of effort into their attire. In fact, I would venture to say that the Renaissance Festival is the single greatest event for cos-play out there. The Renaissance Festival brings a certain amount of authenticity and immersion to the equation that you just can’t get anywhere else. The leather, armor, buildings, shows and scenery, all various means of sensory saturation ensure you will never suffer a dull moment.

Hand-made garb holds special significance to all in the faire culture. There is a mutual respect that comes from one who knows the difficulty and time that goes into making these one-off works of art. The development of dedication to a craft and attention to detail is about much more than working with leather or metal, it is equally about working on oneself. The maker community has found a welcoming home at the Texas Renaissance Festival. 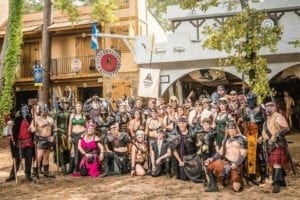 As we all know, the best festival experiences often happen in the camp grounds. That longing we have for a simpler time is a calling back to when we slept under the stars and socialized in the light of the moon by a flickering campfire. These experiences are increasingly rare in our modern lives and therefore have become equally as precious and meaningful when we do have the chance. The camping experience at TRF is not to be missed should you have the opportunity. The range of camps, themes, music, and activities are more than enough to keep you occupied well into the morning hours. 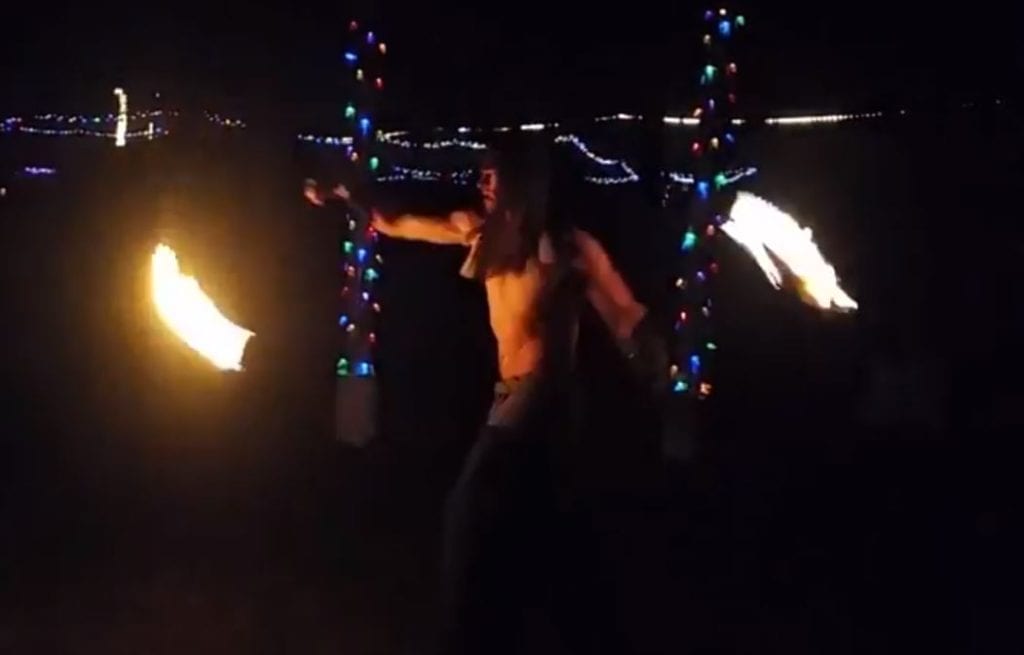 Over the years, many different clans have formed around the camping experience at TRF. Some clans regularly host events like what I’ll politely refer to as “Adult” jenga over at the Call of Booty Plunderdome… it’s hard to describe politely but definitely something to experience. Be careful about getting too close to the action though, unless you want to become part of the show yourself. The spontaneous drum circles around campfires throughout the grounds draw in fire performers of all types. Last year I found myself spinning at camp Defiance for a drum circle that tends to be a popular destination throughout the night.

Also, be sure to check out the official after dark events intended for the 21+ crowd. With many themed party nights from a burlesque night to a masquerade ball, it’s not hard to find an interesting way to end the day at the renaissance festival. Find out more about the After Dark Club at TRF here! 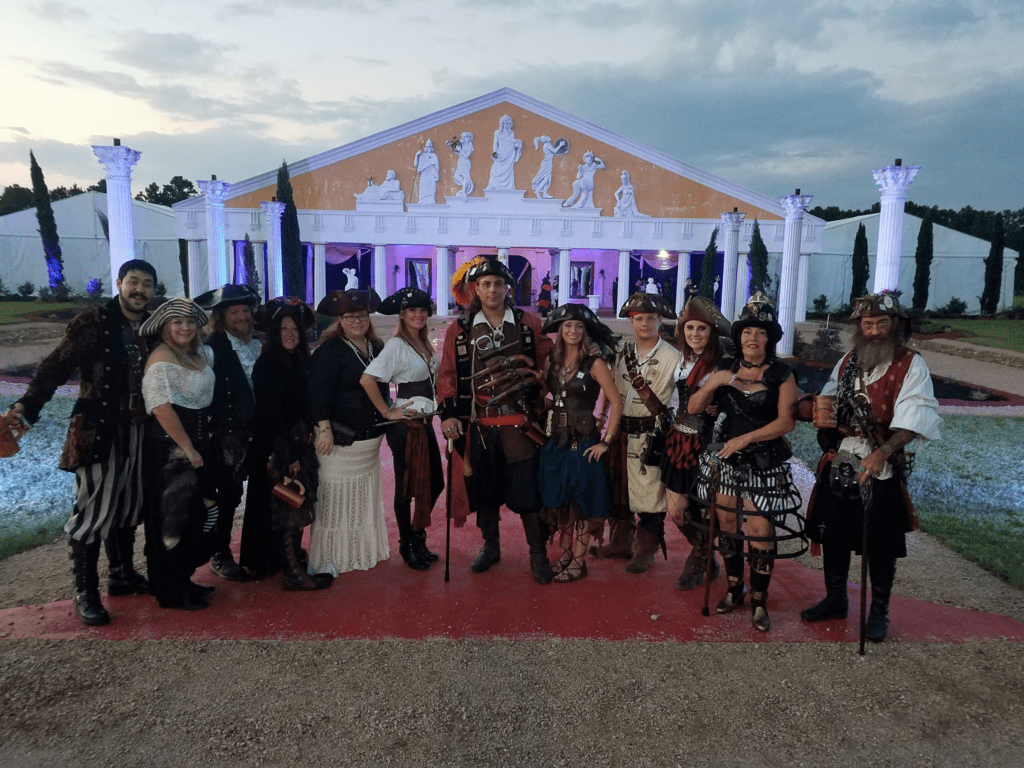 Pay attention when setting up camp as there are areas for quiet camping where music and generators will not be permitted for use although there are other areas where generators will run all night. Choose carefully dependent on your noise tolerance and always be respectful of your neighbors, everyone is just trying to have the best time they can. As always, respect gets you a long way.

When a culture finds itself in a crisis it often casts itself back to an earlier time, seeking to idealize its ancestral values in an attempt to reinvent itself. That is what the renaissance was, a casting back to an idealized concept of ancient Rome and Greece. With that thought, I can imagine no other time we’ve needed such a thing more. A chance at reinventing ourselves, and through us and our experiences, we reinvent our culture as well. 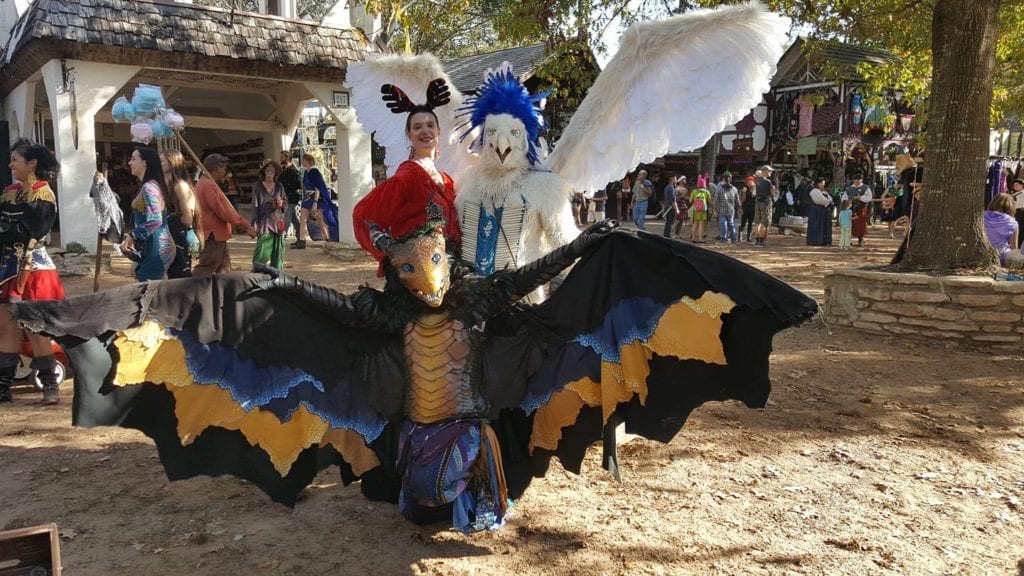 In addition to the traditional renaissance themes of Rome and Greece, the Texas Renaissance festival explores many more themes over the course of 9 weeks including barbarians, pirates, fantasy realms and Celtic themes. You can celebrate Halloween, Thanksgiving, and Christmas, all with a renaissance flair. For more info and tickets go to www.texrenfest.com.

Camp if you can (adds a lot to the experience)

Mead and turkey legs are mandatory

Dress up, or buy your first piece of garb at Faire

Go with friends and family (The more the merrier)

Stay for the fire show and fireworks

Forget who you pretend to be during the week

Start planning next year as soon as you get home