The History of EDM

Note: This article is to be continued! I had it typed out, but it was MUCH too long. Instead, I’m going to focus on the history of each decade and give more specifics into each decade. More of this series will come!

EDM is pretty popular these days. I mean, EDC Vegas has an average attendance of 400,000. There are many festivals that are even bigger than that, but generally, they boast a wide variety of music, such as Coachella, which is around 600,000.

Where did EDM come from? Well, from the 70s disco, baby!

Many people think EDM is new. I was one of those people until I did some research from various sources to discover many people believe the origin of EDM comes from discos. It makes sense, doesn’t it? Thinking about how discos had their own unique type of music that people went out grooving to all night, typically with lots of lights and disco balls, kind of reminds you of a contemporary rave, doesn’t it? Who wants to go to the discotheque in the 70s? ME!! The music itself used lots of synthesized sounds, which is similar to EDM today. Keep in mind, this kind of music was actually banned by the Nazis during World War II, which is where it actually originated from. The music continued until it caught on in fulls popularity during the 70s. 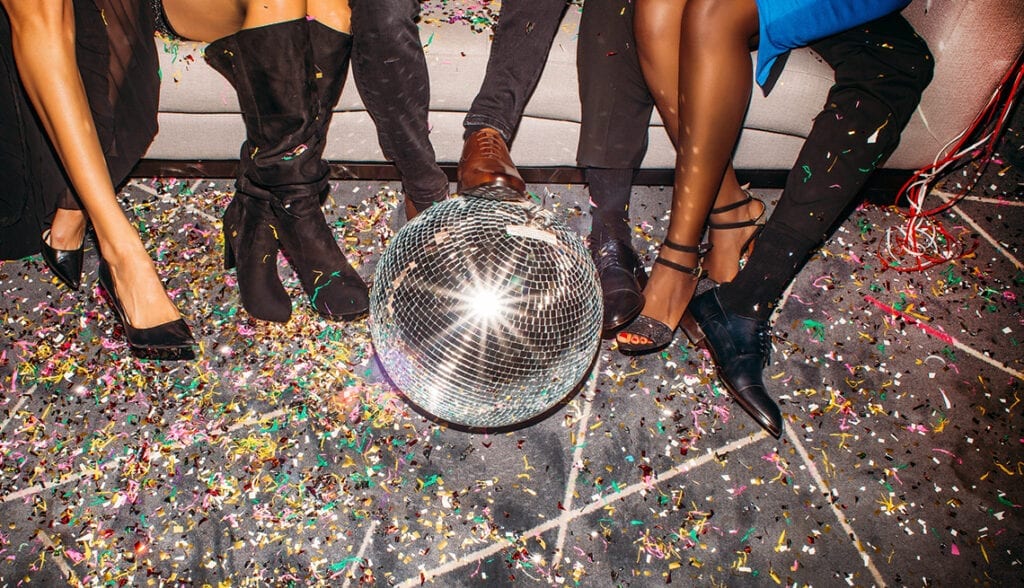 After disco slowly faded out of style, synth sounds were incorporated more and more into music. This meshed well with the technological advances one could see happening around every corner. Computers and other various electronic devices were used and found ways to communicate with one another to create new and engaging sounds. According to the LA Film School’s History of EDM, (see sources below), “On and On,” by Jesse Saunders was considered one of the first “house” songs on the market.

The hip hop scene was also huge in the 80s, which led to electro being created. The scene was especially big in New York, but was modified to create the electro sound.

Next up, the 90s! Expect the next history article in this series, coming soon!

Note: As a quick disclaimer, I’m going to cite the sources I used throughout this piece to share that my knowledge came from multiple sources, which I then combined into these posts. There are more sources that will be included at a later time.