View More
Ready for some new tunes? We’ve got you covered with the most recent signee to Wolf + Lamb Records (home to Nicolas Jaar, Seth Troxler, Soul Clap etc.). Sylvan Paul is the newest sign on and he is ready to bring on the music! America is out today!
This country is in a constant state of protest. However, music is one of those things that lately, hasn’t been challenged. In the 60s, music was constantly challenged. Now, NYC’s Sylvan Paul brings us new music that is in a place between dusty nostalgia and futuristic longing.
In a country that seems to be in a state of constant protest, it’s strange to think that music with strong political stances often doesn’t receive the same attention as it once did, like in the 60s psychedelic movement. One artist that has been able to tastefully string together critical political sentiments with modern musical timbres is NYC’s Sylvan Paul. His music occupies a space between dusty nostalgia and futurist longing.
Sylvan Paul is releasing his EP America today! This is a 3-track reflection on the country’s political state and various forms of violence inherent to American culture. 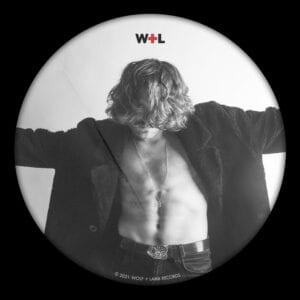 “This song was first composed in the wake of the 2018 Thousand Oaks mass shooting in California. It is a reflection upon and condemnation of gun violence in America, and the cultish celebration of this violence in our news media and national mythos. It is especially critiquing mass shootings and unwarranted killings by the police. Sadly, its lyrics remain as relevant as when they were written.” – Paul

“The track was born out of frustration with the posture Americans have taken towards each other in the last few years. It’s less about literal war and more about the need to always have an enemy. That said, it is also a commentary on the seemingly never-ending string of wars this country has been entangled in, and continues to be entangled in. America always seems to have an enemy – whether it’s fascists, communnists, terrorists, immigrants, or, lately, each other. There is always some dimension of conflict pervading our narratives of relation. Our culture is obsessed with confrontation, oftentimes violent.” – Paul

“Violence is the conceptual book-end to the EP, attempting to lyrically channel America’s subconscious lust for violence. Whether it is depictions in media or literally physical violence, this track encapsulates the chaos and aggression embedded into American society, and seeks to hold a mirror up to this culture.” – Paul

The video features scenes of police brutality and the deadly assault on the Capitol are inter-spliced with carefully selected archival footage from the nation’s past and eerie allusions to the core, subconscious foundations of American culture.  This will be released soon!
Here is the link for the tunes!
Posted in Festivals and tagged America, new music, New Release, news, Press Release, Sylvan Paul
← This Track is Foolproof in A Lot of WaysUbbi Dubbi is Set To Return- But At What Cost? →
Don’t forget to follow The Festival Voice for all of your electronic music and festival news!
Instagram: @TheFestivalVoice
Facebook: @TheFestivalVoice
Twitter: @thefestvoice
Snapchat: @thefestvoice
YouTube: TheFestivalVoice