Check out this week’s hottest and most loved tracks and albums!

You’ll love the hottest tracks of the week! In addition, we’ve got some of the most loved albums and remixes in here too! Don’t forget to take our survey on COVID precautions!

“Driveway” is a way of communicating a familiar nostalgic/sad feeling when passing driveways reflecting on pre-COVID times. It begins with a soft piano instrumental that creates a hopeful atmosphere followed by downtempo drums and gentle sounds of nature drawing the listener into the present moment and immersing them into a beautifully layered soundscape. Accompanied by lush and calming vocals of Courtney Drummey, the listener is brought to a soothing place of pure relaxation.

Out of Touch- CRI Remix and Paraleven Remix

CRi and Paraleven both deliver their own respective ethereal, club-focused interpretations of Lastlings’ original single ‘Out of Touch’. Each remix taps into distinctive instrumentation, crisp percussion and deep four-to-the-floor drums while highlighting the melodic vocals of Amy Dowdle, lead vocalist of Lastlings.
CRi quickly made his mark on the Montreal electronic scene by offering a singular sound influenced by house synths, syncopated snares and futuristic basslines. Having debuted on Anjunadeep in 2019, he quickly caught the ear of BBC Radio 1’s Pete Tong and Annie Mac with his track ‘Initial’, which was also championed on KCRW by Jason Bentley.
Paraleven has swiftly earned notoriety in electronic music through his artful intersection of musical elements native to melodic, deep and progressive house. He has seen several EP releases on genre figurehead Lane 8’s label This Never Happened, garnering millions of plays along with a North American tour with Lane 8 himself. 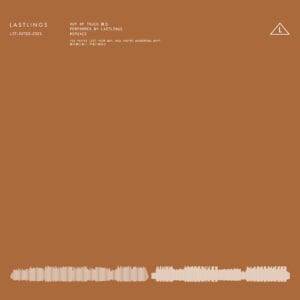 GRiZ & Elohim- Bring Me Back

‘Bring Me Back’ is an infectiously upbeat track that showcases Elohim’s effortless melancholic vocals and GRiZ’s keyboard soaked production. The pair have both been shining as marquee names and in-demand collaborators in the pop + electronic space.
GRiZ and Elohim’s lasting friendship and love of each other’s creative mission-inspired ‘Bring Me Back’. Their long standing desire to collaborate and the continuous exchange of ideas culminated into a piece of work that showcases both of their talents flawlessly.
Stream Link HERE 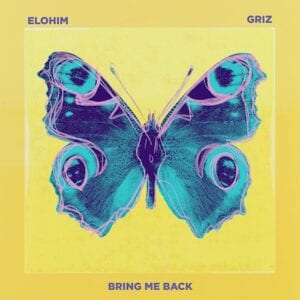 GESS & AIR APPARENT- Bad For Me

The lively soundscape from AIR APPARENT perfectly complements the captivating vocals from GESS, which explore the depth of lust and love in an imperfect and potentially toxic relationship. “I don’t mind that you’re bad for me… / I get high on my ecstasy.” The artists join forces to blend their electro-pop signature styles into a jubilant offering.
Stream: https://ffm.to/bad-for-me 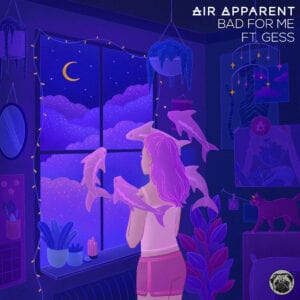 With her vivacious lyrics and buoyant personality abundant for all to hear, Dani’s vocals provide the perfect setting for Glass Keys and Menrva’s super-slick piano house instrumental, which explores an amalgamation of soulful chord progressions, infectious basslines, and syncopated up-beat rhythms across the duration of the record. Yet another exquisite slice of up-beat, sun-drenched euphoria from EDX’s iconic imprint, expect to hear this tune dominate international playlists and airwaves over the weeks and months to come.
Check it out here. 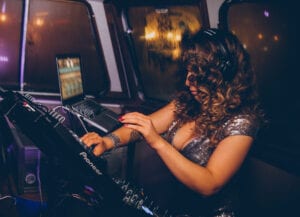 For his second release of 2021, Seth Hills felt it was time for the next chapter in his music. ‘Solitude’ is a mix between his old sound with darker vibes combined with a new, more accessible house sound. After the success of his first 2021 release ‘Calling Out’, this is again a great track with lots of energy, catchy vocals, and the authentic Seth Hills sound design.
LISTEN HERE 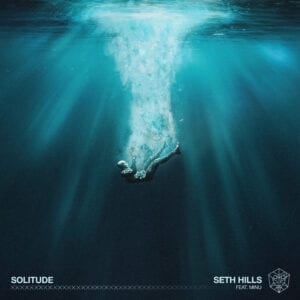 Justin Mylo is finally releasing fan-favorite ‘I Remember’ with STRNGRS. After posting a demo of the track on his Instagram, the response from his fans was so good he just had to finish it. Justin Mylo: ‘’I did the production for I Remember a while ago and kinda forgot about the song. But when I ran into a demo version of it again I decided to post this on my IG feed and the response by the fans was so so crazy that I decided to team up with the guys of STRNGRS and we wrote this amazing high energy song which I can hopefully play live in the near future!’’
LISTEN HERE 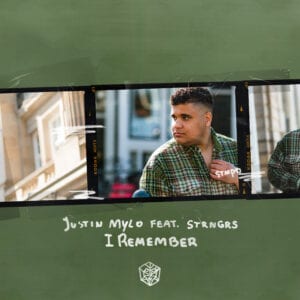 A career-affirming moment in Pete Dougherty’s decade-long journey as Moon Boots, his acclaimed second LP ‘Bimini Road’ showcased the Brooklyn-based artist at his best. A display of his signature soulful take on house music, the 2019 album earned worldwide recognition from industry tastemakers including DJ Mag and Mixmag. The album has accumulated over 25 million streams to date, has been praised by BBC Radio 1’s Pete Tong, Danny Howard, and Annie Nightingale, and was listed in KCRW’s ‘Top 10 Albums of 2019’. 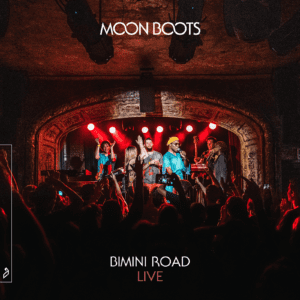 Built around a tender piano chord progression, ‘Diamond Eyes’ is a blissful production on which she channels themes of love and longing over thick synth pads, off-beat plucks, and giant 80’s tom hits. She captures some of life’s most difficult and confusing emotions and smoothly translates them for the listener to feel and process. 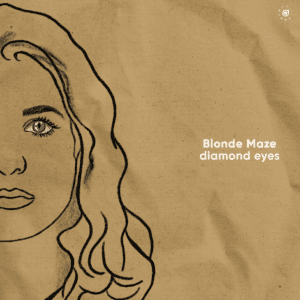 Gl0bal returns with part 3 of his Insomnia EP series, setting out to obliterate any peaceful sleep filled nights you may have planned with his masterful take on heavyweight modern bass. Circus are proud to present ‘Insomnia 3’! 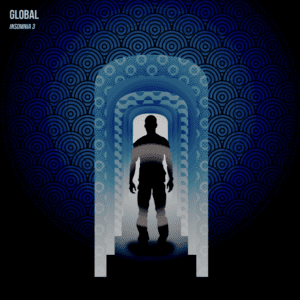 The music of AREA21 follows a story arc of two alien travelers who are tripping through the cosmos spreading a message of unity and good vibes when they accidentally come crashing to Earth. Their adventures are portrayed musically and visually throughout a series of songs and accompanying animated videos by award-winning animation studio, Titmouse, and will shine a light on human behavior and our interactions here on Earth from their viewpoint.
The first outing, “La La La,” released today shows the alien travelers beaming up unhappy people into their spaceship for an impromptu intergalactic party, using music to unite and uplift their mood. The end of the video sees them accidentally crashing the spaceship on planet Earth where the real adventure begins.
“La La La” speaks to the importance of being your true self, following your voice, and choosing your path from a place of dreaming and wonder, not fear, while the lyrics celebrate being different and blocking out the negativity.
STAY TUNED as AREA21’s journey begins to play out and is documented in new music and animated videos set to roll out this spring.
Stream Here 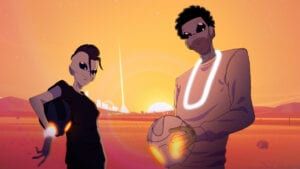 Jefferson and Stingily’s new version is fully reworked, with a new string intro and resung by Byron himself in his inimitable falsetto style. Complete with a new piano line, bright percussion and funky guitar licks, that track still remains as uplifting and fresh as the day it was originally released.

Listen To ‘That’s The Way Love Is’ Here 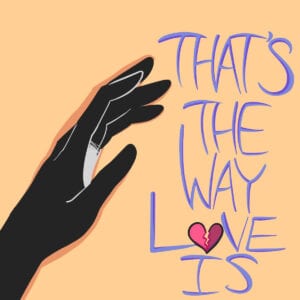 Self-taught songwriter and producer Flourish expresses himself across a number of different instruments whilst also providing his own vocals to ‘Time Stops’, reinforcing his almost DIY approach towards music creation. With a feeling of youthful naivety engrained in his debut single, Flourish now enters a world where anything is possible, allowing himself to explore his own identity and developing his skills as a song-writer and multi-faceted artist. 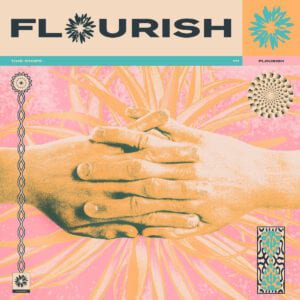 German producer and DJ Claptone steps in for remix duties on ‘For A Fool’ and follows on from his remix work for the likes of Mark Ronson and Michael Kiwanuka as well as pop super stars Dua Lipa and Ava Max. Injecting his brand of sublime club focused House sound and extra bass bounce, utilizing the original vocal to great effect seeing the masked figure path the way Storm Queen’s return for the dancefloor.

Listen To Claptone’s ‘For A Fool’ Remix Here 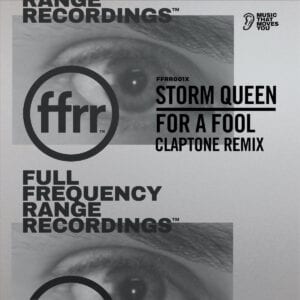 New single ‘Way Too Long’ is bright, bubbling, undeniably catchy dance music at its best and builds on a formula that Nathan has made all his own since first turning heads with the release of ‘Flowers’ ft. Jaykae at the back end of 2019. It also sees Nathan collaborate with Anne-Marie – herself riding high in the charts with ‘Don’t Play’ alongside KSI and Digital Farm Animals, which has spent the last 11 weeks inside the UK Top 10 – and coveted rapper, MoStack, who featured on UK Top 10 hits ‘Fashion Week’ & ‘Dinner Guest’ alongside AJ Tracey & Steel Banglez, for the first time. 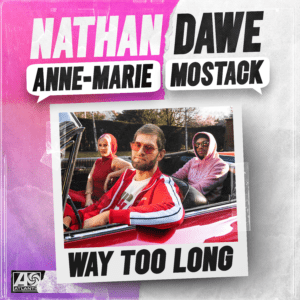 Hope you enjoyed! These are some of the most loved tracks of the week!