Time Warp has revealed its lineup for its 27th year for this New York City-based techno festival after a two-year hiatus. Called “a pilgrimage event on the global techno calendar” by the New York Times, this two-day festival will be held at the Brand New Brooklyn Venue for its new location and will be hosted by some of techno’s and house’s top talent. The festival made its debut in New York in 2014 and after its amazing 2019 show where fans from all over the world gathered for its 25th year anniversary. 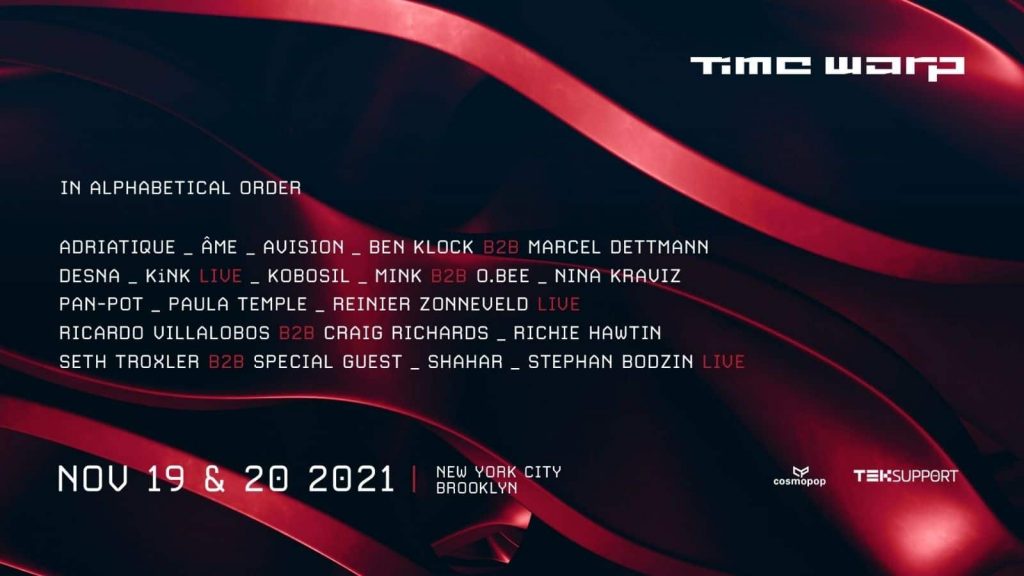 Many long time collaborators for the event have returned, including Richie Hawtin returning for his headlining role, something he has done since Time Warp’s 1995 debut; Ricardo Villalobos along with longtime partner in crime and Tryant co-founder Craig Richards, Ame who brings the Berlin house to the show, Ben Klock and Marcel Dettmann are rerouting with a b2b. Others in the lineup include local New York talent like DESNA, Avision, Shahar, mink, and O.BEE. And some of the major techno djs at the show will include Adriatique, Paula Temple, Reinier Zonneveld, Nina Kraviz, KiNK, and Stephan Bodzin.

Time Warp will bring the techno on Nov 19 & 20th and you can get your tickets here. Come check out one of the US’s biggest techno shows!