We already got a look at the previously announced Northern Nights Festival and it was explosive! Now, the team is back at it as they announce their HUGE phase two lineup! The festival returns to California’s iconic Redwood Forest from July 15-17, 2022. Taking place at Cook’s Valley Campground in Piercy, CA on the Humboldt / Mendocino border, the festival has built its name based on a taste-making mix of cutting edge music, industry-leading cannabis programming, and serene natural landscapes. There is so much to explore with Northern Nights! 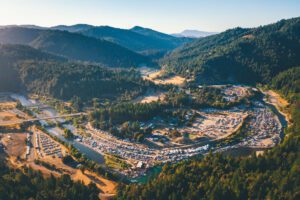 The festival has a unique backdrop as it is set behind the Redwood Curtain in the fertile crescent of the Emerald Triangle. As a result, the festival offers a new-age portal to the Great American West. Northern Nights is one of those boutique festivals that just has it going on!

Who doesn’t want to float down the river? And adding a festival to that? Sounds like a damn good time! Float the day away at the River Stage (seriously, I don’t think I’d ever leave!)! You can also do some yoga, explore art installations, and of course, enjoy the music! It’s an experience personified by the wild independence of the West Coast, curated with global sensibilities in mind. The full list of stages can be found here, which also includes the Grove Stage, Silent Disco Stage, and Epic / Submerged Sessions Stage, along with additional sound camps that will take place on the river with more info to be announced. 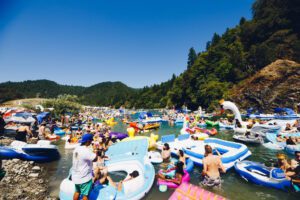 Who Is Ready For That Lineup???

With their phase two music lineup, Northern Nights had added even more incredible talent to the lineup! I mean, it was already epic. Some of the most notable and electrifying live acts include Two Feet, fast-rising Denver-based producer Of The Trees, empowering queer artist Wreckno who is becoming a fan-favorite on festival lineups, and Grammy-nominated artist ford. who blends indie and electronic sensibilities. Other new highlights include Smoakland, Modern Biology, Equanimous, Subsuelo, and more. Phase two also includes the addition of talented Featured Muralists that will be sharing their work at Northern Nights, which includes Blake Reagan, Dmise, Eon75, and more. Sounds like this is going to be one amazing weekend! 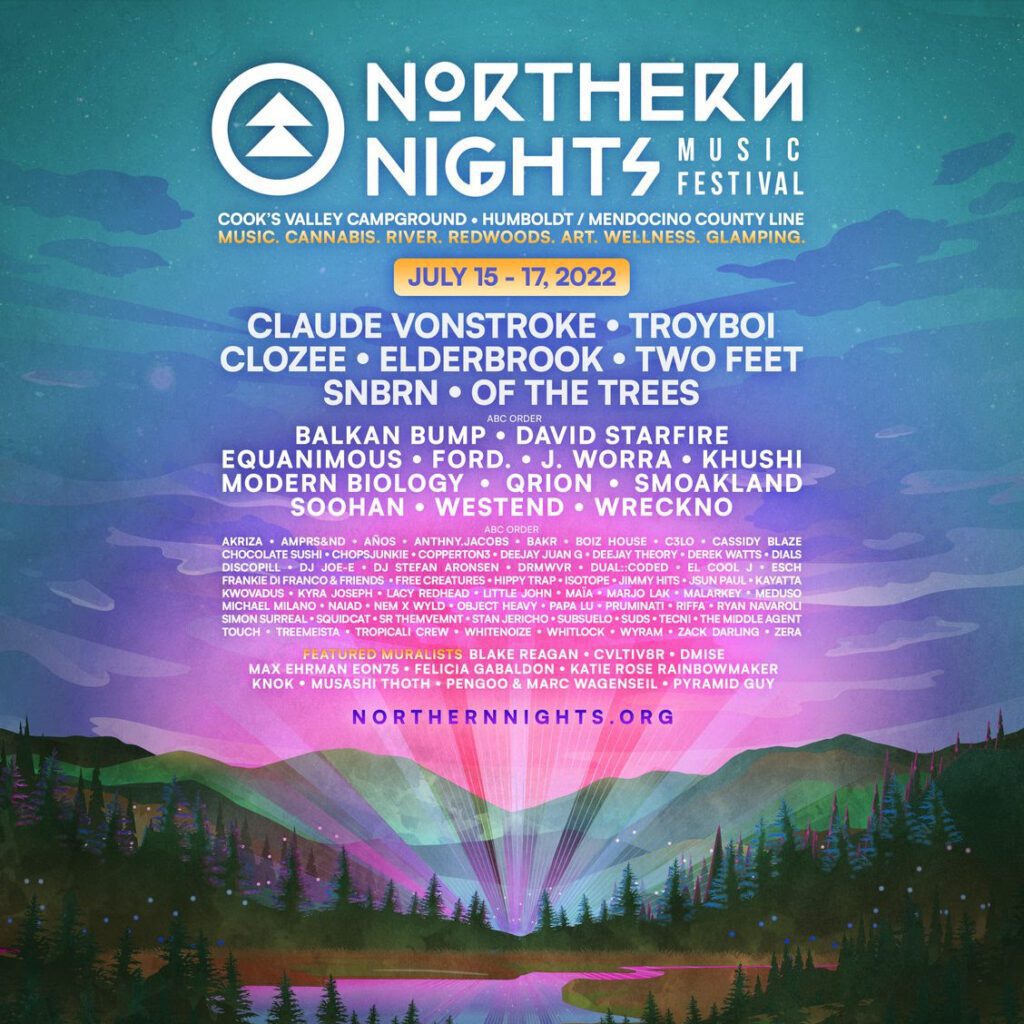 Northern Nights has also announced Avelo Airlines as the Official Airline Partner of Northern Nights. Guests can use the code FLYNNMF for ​​20% off. Another sponsor for this year is Monster Energy, who will have drinks available at the festival.

With their next major accomplishment, Northern Nights recently announced that they will become the first music festival to have dispensaries located at stages and the first music festival to have multiple on-site dispensaries for their 2022 edition. This will include dispensaries located at various stages throughout the event featuring takeovers from top cannabis brands and allowing guests to easily purchase cannabis products while still enjoying the music they love.

If you haven’t been to Northern Nights, you are missing out! You’ll love your time spent with experimental wonder that sits behind every corner at the festival. Spend some time exploring and wandering merchant row to enjoy the curated art and fashion vendors, watch a multitude of live painters create throughout the weekend, grab a drink at a specialty bar, or simply kick back at your campground or Glamping site under the canopy of the Redwoods. 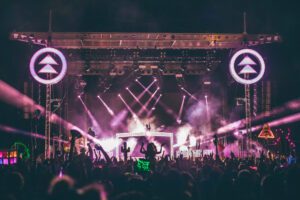 It’s a place crafted by nature just waiting to be explored with best friends new and old. What are you waiting for? Get those tickets now! Those interested in attending Northern Nights can purchase tickets here. Secure your spot now as Northern Nights is expecting to have another sell-out year following the sell-out of their last edition.