Who’s ready for the ultimate indie escape on Detroit’s very own Riverfront? Mopop’s artist of the day is Tai Verdes. Up and coming and taking the world by storm, Tai Verdes is someone you need to check out. Don’t forget to check out the other artists of the day coming up! Read more about him below. 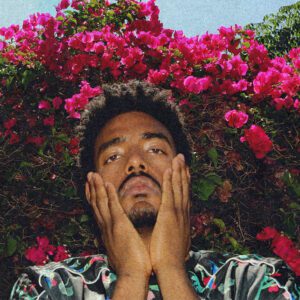 Who is Tai Verdes?

Tai was into music the majority of his life. Originally Tai performed under the name ‘Tyler Semi Colon’ and when that didn’t receive much traction he changed it to ‘Tai Verdes’.

Getting his start on MTV’s Are You The One (a dating show), Tai’s career really took off with his first hit going viral on Tik Tok. May of 2020, Tai’s ‘Stuck in The Middle’ absolutely blew up. Getting millions of streams in only a few days. Tai actually wrote lyrics from a sample he found online from someone in France. Not expecting the hit to blow up, he ultimately had to track down this man and give him the well deserved credit.

Since then, Tai has dropped some other great singles such as ‘Drugs’, ‘Sheesh’, and ‘A-OK’. After receiving much deserved recognition Tai quit his job at the Verizon store with a few dollars in his pocket and a dream in mind. He he began building his first album, ‘TV’ with his guitarist best friend.

Tai had his first performance ever last summer at Lollapalooza in Chicago along with some other Over the last few years Tai has absolutely become my favorite artist and a must see at Mopop! To see the full Mopop lineup check it out here. Overall, Tai is someone to look out for. The talent, charisma, and positivity he brings to the stage will give you the chills. A lot of performances are up on his Youtube channel that you can check out here! I can’t wait to see my favorite artist on the stage this July 30th, get your tickets here. I will see you there!