Don’t Be Indifferent to This Track

Willaris. K has teamed up with impressive vocalist Gordi to create the first vocal ambient track of Willaris. K’s career: “Indifferent”. The track was originally created in Willaris’s home, fine tuned on Gordi’s farm, aboth in Australia, and then perfected at Shangri La Studios with Sigur Ros and film composer Alex Somers in Malibu in Bob Dylan’s old tour bus!

“I wrote the instrumental in 2017 as an experiment to see where I could take the music sonically. I wanted to explore it for film but also explore the more vulnerable side of Willaris. K. I melted when Sophie started singing the first line when we were recording.” Willaris. K 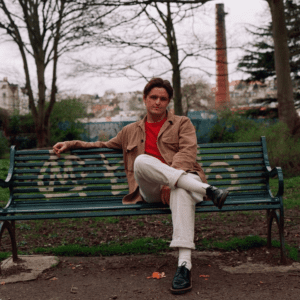 Similarly to Willaris’s recent releases on Astralwerks, the new release is accompanied by a visualizer created by renowned, Netherlands based, graphic designer Chris Kore. In keeping with her interests in the ever-changing mediated reality and its influence on human perception, Chris has created a 3-D landscape of scanned dancers moving between planes of light and geometric patterns. This is one visualizer that I can say, really toys with your brain and YOUR own perception of reality.

“Jack and I talked about collaborating when we were lying on the floor of the living room in my apartment in 2017 listening to music at 5am. The next day he sent me this song titled “Piano Man.” It had the beautiful piano part you hear in the song and it made me so sad. So, I wrote a sad story to go with it about feeling nothing and called it “INDIFFERENT.” Gordi 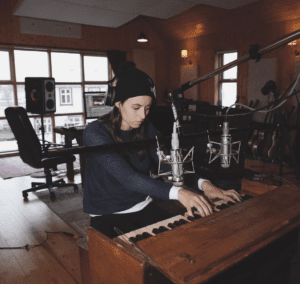 The Graphic Design Behind Indifferent

With both artists being from Australia, they have both done their part to give back to relief funds. Willaris is putting on a benefit in Melbourne with free tickets. And all merchandise proceeds going to the Fire Relief Fund for First Nations Communities. Gordi released a track called “The Cost” and all proceeds from the sale of that track going to benefit Australian Bushfire Relief efforts.

You can watch the visualizer here