A Retrospective on ‘Roo 2019 in Honor of its Return

Bonnaroo is back, baby! I know we all missed this most beloved festival this past year, but 2021 brings good tidings. Instead of taking place mid-summer, this year Roo will take place at the beginning of September from the 2nd to the 5th. You can snag your ticket now here! 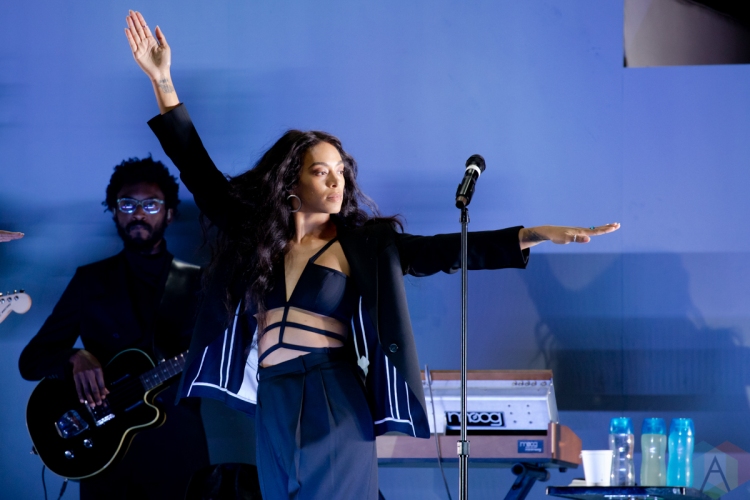 To mark its return, I wanted to share my amazing experience at Bonnaroo 2019. The line-up for 2019 was unlike no other, spanning from emo- to post-punk, from pop R&B to classic EDM. Personally, my ‘Roo revolved around the amazing girl rock on offer throughout those magical 4 days.

It all officially kicked off with Cherry Glazerr on Friday, a badass girl-fronted band from LA. They took the stage with verve and vigor, easily getting the audience in the head-banging mood. It was a dream come true to hear “Had Ten Dollaz” live — those first 30 seconds give me goose bumps every time. By the end of the set, all my friends were as entranced by the band as I am and shared my mad crush on lead singer and guitarist Clementine Creevy.

Next came K. Flay and Courtney Barnett, two queer rockers that I have loved for a long time.

Courtney Barnett was absolutely electric, reminiscent of the classic rockers jumping around on stage while shredding guitar and head-banging with the best of them.

Finally, my night ended with an explosion of extravagant minimalism from the inimitable Solange. In a black suit with a full backing band, Solange was professional and playful, classically youthful. The production of her set was immaculate with Black cowboys dressed in white, strutting and traipsing and twerking up and down a set of stairs looming at the back of the stage. I was truly in awe of not just the music but the artistry of the experience of her performance.

My Saturday kicked off with a bang with a set from Little Simz, an incredible queer Black British rapper.

So charming and so talented, she peppered the set with personal anecdotes of family and neighbors. Next, I hopped from Rubblebucket to Chelsea Cutler then Whipped Cream and TOKiMONSTA. I capped off the end of my day with Clairo, and she didn’t disappoint. Atlanta-born and bisexual, Clairo is beloved by queer fans for her heartfelt post-punk lyrics and soft vocals. She was the perfect end to a perfect Saturday at Roo.

On Sunday, my friends excused me from morning pack-up prep so I could make the Faye Webster set.

Based in Atlanta, Webster is an American indie folk musician and photographer known for her sultry vocal twang. Her third studio album Atlanta Millionaires Club had just released the month before and getting to see her perform so soon after was amazing. Her fourth studio album I Know I’m Funny Haha just released in June of 2021. Her brother’s band Wieuca is also worth a listen for their angry, punny punk rock. I then caught Princess, actress and comedian Maya Rudolph’s Prince cover band, and she absolutely brought the sexy pop songs to life, giving Prince all his due justice. Next came Brandi Carlisle doing shots of tequila on stage behind the piano and then joined The Lumineers set for a couple songs as well.

I ended my night with the legendary queer pop icon King Princess. Brooklyn-raised Mikaela Straus swayed and posed across the stage, delivering her unapologetically gay lyrics with passion and wit. Totems with pictures with breasts and vaginas dappled the crowd, and she laughed along with us all, bantering with her incredible backing band and calling out particularly funny members of the crowd. It was a set I’ll never forget.

It wasn’t even until after Bonnaroo was over that I realized how dedicated my time there had been to all the amazing women and queer rockers that made up so much of the line-up.

A few notable acts I missed out on were Maren Morris, Cardi B, and Kacey Musgraves.

This year’s line-up is also stacked with amazing women artists: Megan Thee Stallion, Janelle Monáe, Kim Petras, Lizzo, Phoebe Bridgers, Brittany Howard, just to name a few. If you attend ‘Roo this year, don’t forget to give the ladies their due!

Get your tickets for 2021 Bonnaroo HERE!