This new anthem for Hydraulix is HOT! He’s coming in with the amazing summertime, heartbreak anthem, Wish I’d Never Met You. This track is alongside Perth vocalist Veronica Bravo. His upcoming debut LP Imposter Syndrome has shown us that Hydraulix is one you don’t want to sleep on. The Sydney native has such versatility in his talent and pushes genres to another level. This uplifting, pop treat provides a change of pace from Hydraulix’s previous work on Concrete. That track was more of an angsty, bass metal track. WAKAAN gives us a look into what Hydraulix has to offer and teases us with his new album, Imposter Syndrome which is out September 10th.

Wish I’d Never Met You shows fans that Hydraulix is a diverse producer who can produce hard-hitting bass music but can deliver other music as well! The track is beautiful and starts with soft guitar before Veronica Bravo captivates us with her energy and emotion. Her voice explodes with talent. The synth-heavy melody of this track shares a brand new style and pushes the boundaries. You can expect great things on Imposter Syndrome! The track is like nothing we’ve ever heard from Hydraulix before.

It’s been a long 18 months with this touring hiatus! However, Hydraulix is pleased to announce his upcoming ‘Imposter Syndrome’ North American Album Tour 2021. The 40-stop tour will kick off in George, Washington on August 22nd and wrap up in Miami Beach, Florida on October 28th, with more dates to be announced. Sounds like a real treat to me! This tour will be the biggest headlining tour he’s had thus far. We’ll see him show us what he’s made of at huge clubs, venues, and festivals including Electric Zoo, Lost Lands, and Revival! We’ll see you at these tour stops!!! 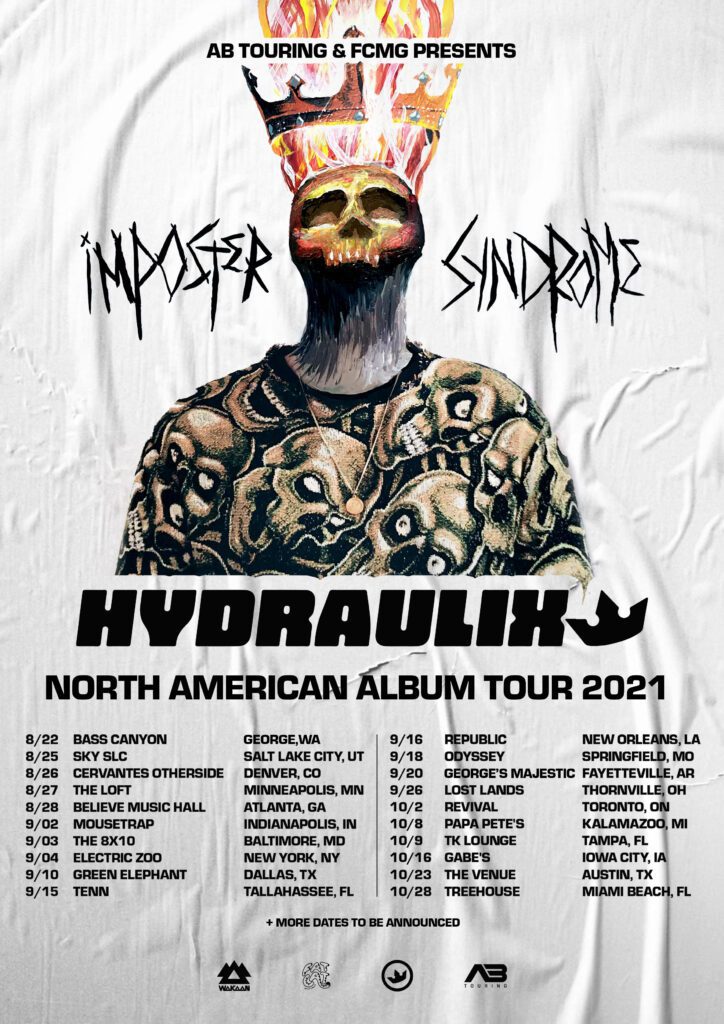 Hydraulix has been wowing us for nearly a decade. He’s going to give us his biggest artistic venture yet with this epic album. If you’re a fan of bass music, you’ll know this household name! He recently toured with Liquid Stranger and performing speaker-knocking live sets at festivals like Lost Lands, Bass Canyon, Wobbleland, E-Zoo, and more. Often seen releasing via Wakaan, Hydraulix has been sought after by such major labels as Never Say Die Records, Disciple, RAM Records, and Circus Records, to name a few. He’s been earning respect in the industry for years but this album is sure to make waves. 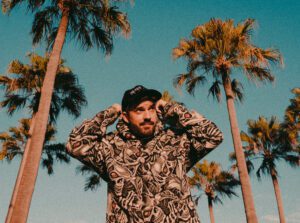