Who is ready for four hours of bliss? Filmed on the River Thames in the band’s hometown of London, this epic, 70-track set spanning the history of Anjunabeats and Anjunadeep is available to watch in full on YouTube now. Fans can also add the show on streaming services such as Spotify and Apple Music. Group Therapy 400 is just what we needed to celebrate in 2020! 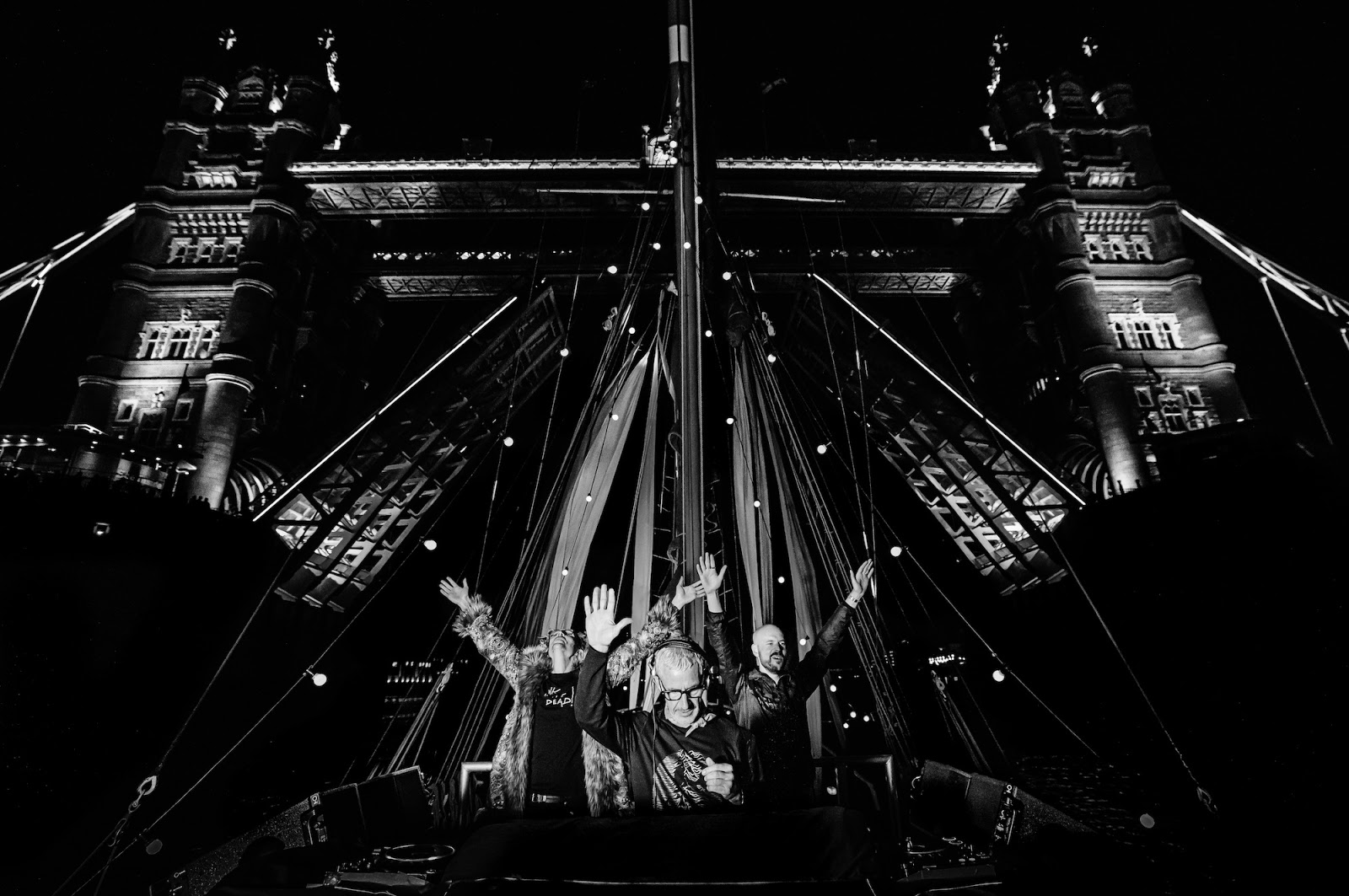 Photo: Luke Dyson
The stream was produced by Nomobo and Anjunabeats. The Group Therapy 400 livestream was broadcast on September 26th exclusively on Anjuna’s Twitch channel. If you weren’t able to catch it live on Twitch, you can always check out the recap!
Above & Beyond’s weekly radio show, Group Therapy, has a cult following around the globe, reaching millions of dance music lovers every Friday through FM and satellite radio, social media, and streaming. People love their #abgt ! I remember when I first joined the scene, so many people talked about it!
Previous milestone events have been celebrated with live broadcasts from sold-out arenas in NYC, Sydney, Amsterdam, London, The Gorge (Washington State, USA), Hong Kong, Prague, and Bangalore. Sadly, 2020 has not allowed for this. Instead, we get to enjoy a livestream we can watch over and over!
Anjunabeats was founded by Above & Beyond in the year 2000 and has introduced the world to names like Mat Zo, Seven Lions Andrew Bayer, ilan Bluestone, Arty, and Audien.
Watch on YouTube
Listen on streaming platforms
Live dates: https://aboveandbeyond.nu/tour
Website: https://aboveandbeyond.nu
Facebook: https://facebook.com/aboveandbeyond
Twitter: https://twitter.com/aboveandbeyond
Instagram: https://instagram.com/aboveandbeyond
Posted in Festivals and tagged A&B, ABGT, Above & Beyond, anjunabeats, anjunadeep, group therapy, Group Therapy 400, Livestream, new music, New Release, news, Press Release
← Tiësto Releases New Hit ‘The Business’Groove Armada Releases Album ‘Edge Of The Horizon’ →
Don’t forget to follow The Festival Voice for all of your electronic music and festival news!
Instagram: @TheFestivalVoice
Facebook: @TheFestivalVoice
Twitter: @thefestvoice
Snapchat: @thefestvoice
YouTube: TheFestivalVoice
Home » Blog » A&B Release 4 Hours Of Group Therapy 400!