How is it the end of April already? I feel like 2021 has flown by. 2020 was the longest year ever, but 2021 was seriously one of fastest out there! The Festival Voice is ready to share some of the hottest tracks of the week with you! Get ready to be amazed by the tracks of April 30th!

The Standing Still EP was written last year during quarantine when Sonny (Late June) was spending a lot of time in a new environment, away from his traditional routine and the people in his life. While feeling frantic, being faced with time, and feeling a directional shift joining adulthood in isolation, he wrote the EP with a sense of urgency to find something new. As most of us did, Sonny began to rediscover his appreciation for the slowness of life as time passed and he made more time to exercise and explore nature, bringing him into the present moment. He realized that “standing still” was more powerful than urgently searching for the next thing, which really set him free. Synchronistically, not long after this he was contacted by Heroic Music Group! It’s amazing to see how once we stop to smell the roses, they bloom for us. 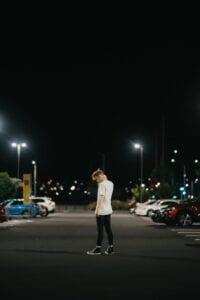 Serhat Durmas- My Feelings feat. Georgia Ku (Remixes by both Mokita and GOLDHOUSE)

Mokita and GOLDHOUSE both infuse their original styles into their respective interpretations of Serhat’s original single “My Feelings”. While highlighting the melodic vocals of singer + songwriter Georgia Ku, Mokita’s remix reimagines the trap-driven original into a euphoric sensation while GOLDHOUSE turns it into a club-ready hit. 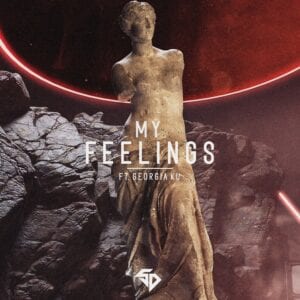 Out now via KD Raw, the two-part Avalon EP marks Noemi Black’s eagerly-anticipated debut on Kaiserdisco’s burgeoning German imprint and delivers everything we’ve come to expect, and more, from the hotly-tipped Polish techno maven. Inaugurating the package with the frenzied title track Avalon, Noemi makes her intentions known from the off with a relentless peak-time cut, brimming with intricate percussion, hypnotic stabs, and a plethora of expertly manipulated samples throughout its mesmerizing, five-and-a-half minute duration. Showing no signs of letting up on the flip, Vibration sees Noemi combine deep, thunderous kicks with frenetic drum patterns and haunting lead synths as she explores a different, yet equally effective, timbre to the hefty opener. 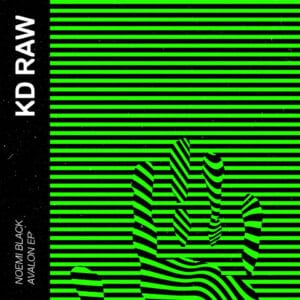 bad tuner- Back To Me

Brooklyn-based multi-instrumentalist and 2021 artist to watch bad tuner delivers his latest single on LG105. ‘Back to Me’ marries the smooth, pitched-down vocals of British singer Marbl with rolling drum breaks and strong melodic chord structure to create a soulful collaboration oozing with movement. bad tuner’s project is one that lives and breathes creativity, drenched in decades of technical learnings. The lo-fi heater is out on LG105, the new electronic division of Virgin Records UK that boasts a slew of releases from emerging and established artists, producers, and independent labels. Recent cuts from the like of Mall Grab, Ross From Friends, and Fakear. 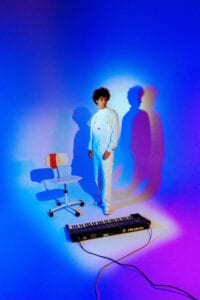 Dusky presents their rework of Trance Wax’s ‘Northern Sky’. Available now on Anjunabeats.
Dusky are London-based producers Alfie Granger-Howell and Nick Harriman. Their association with Anjuna goes back over a decade. Their debut album ‘Stick By This’ – released in 2011 – was Pete Tong’s album of the year.
Stream HERE 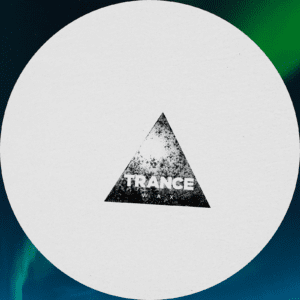 Doctor Neiman- Chapter One: So It Begins EP

Noah Neiman. A man living a multi-faceted life. A real-life eye doctor by day, and an electronic wizard by night. ‘Doctor Neiman’ is his outstanding project where he fuses pop know-how and studio skills to bring his version of modern bass music with incendiary smashing production, prominent melodies, and empowering vocals. We welcome you to ‘Chapter 1: And So It Begins’, the debut EP of Doctor Neiman. 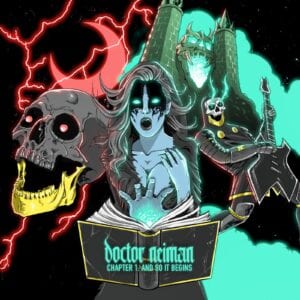 It’s a special sort of obstacle for artists to find a vocalist to match the vision for their music.   TWO LANES, however, have successfully done just that. And now, shortly after releasing the title track from their upcoming “Reflections EP,” the German duo are proud to release their next single, “Rolling Back”. What’s exceptional about this single is that it features Panama, the electronic musical project by songwriter/producer Jarrah McCleary. 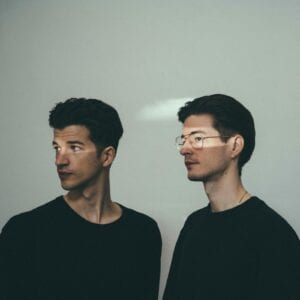 Premiering on STMPD RCRDS this week is Janee, a young Belgian producer, with his track ‘Can’t Let You Go’. It’s been highly anticipated ever since Martin Garrix premiered it in his Tomorrowland New Year’s Eve set, but the time has finally come for everyone to play this on repeat. The inspiration behind “Can’t Let You Go’ is coming from Janee’s own experiences and talks about not wanting to experience life without your significant other. Fun fact: the vocals that can be heard on the track are Janee himself. 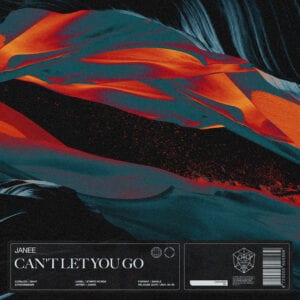 Due to the pandemic, Matisse & Sadko have been experimenting a lot with different genres and sounds, which can also be heard on their brand new release ‘Heal Me’. The guys have been fans of Alex Aris ever since he collaborated with David Guetta and had the chance to work with him and Martin Garrix on their track ‘Mistaken’. That track turned out to be so good, they just couldn’t wait to make another track together. After finishing the instrumental part of ‘Heal Me’ they knew Alex’s voice would be the perfect fit, which proved when they managed to finalize the track in just a couple of days. The end result is an intriguing track with a classic progressive house spirit. 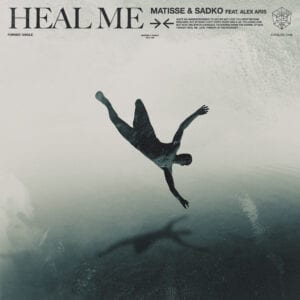 Igniting the two-part cut with the enormous opener Sycophantic, Simina goes all-in from the off, delivering a heady blend of thumping kick drums and hypnotic synth lines with a plethora of exquisitely layered samples providing both texture and intrigue throughout. On the flip, the Romanian-born starlet demonstrates her impressive production versatility with the dark finale, Slacker, as she builds a slick assortment of ravey synth stabs, big basslines, and frenzied percussion to close out her second EP on ELEVATE in true style. 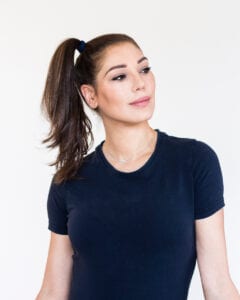 Diplo, Elderbrook, Andhim- One By One

Arriving just in time for the national return to the dancefloor, ’One by One’ illustrates each artist’s individual styles. With Diplo’s signature electronic textures, hints of Andhim’s laid-back grooves, and Elderbrook’s dream-like vocals, which all culminate in a lower-slung vibe, showcasing the trio’s unique production. 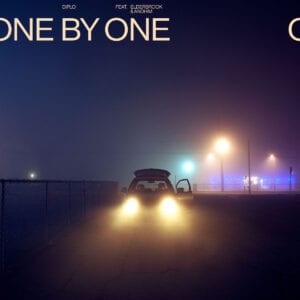 Further pushing the boundaries of house music, and boasting a one-of-a-kind groovy production, the intricate details of “VOYEUR” are proudly broadcasted throughout the four-minute track. The deep bass carries on BOMBAYS’ distinctive sound from his freshly released “ALLURE.” It takes you on a dark journey with its distinguishing quick percussion and mysterious female vocals. With a touch of both progressive and bass house, “VOYEUR” encompasses everything a dance music lover is looking for. 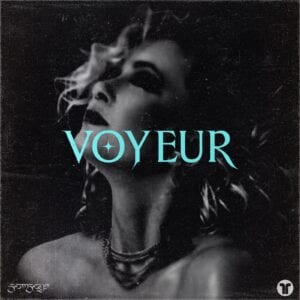 With support from the likes of Armin Van Buuren and Above & Beyond ahead of its release, Farius continues to build ahead steam with his brand new single ‘Chromosphere’, an exquisite production that puts his masterful approach front and center.
With the British DJ / Producer lighting a fuse on Enhanced Progressive with his recent output, unleashing two excellent singles already in 2021 with ‘Quiet Hope’ and ‘Wait’, ‘Chromosphere’ follows up perfectly with his signature sound that has you raring for festival season ahead.
Stream HERE 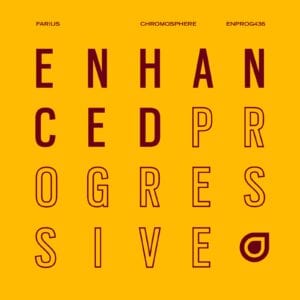