ARC Is Bigger And Better Than Ever!

Those are my bullet points for the experience I just had on Labor Day weekend. 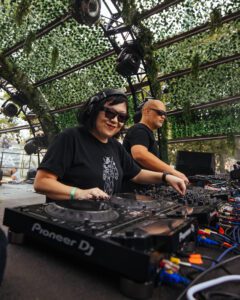 From entering Union Park on Friday afternoon to leaving Sunday evening, I had a lot of big experiences that lead to my overall enjoyment.

Let me start by saying, the hospitality, staff, and production crew were some of the nicest I have experienced in my decade-long experience going to various music festivals. I am not a VIP person per se, meaning I’ve never thought to need VIP to fully enjoy a show. It was very nice to experience some of the benefits of the VIP lifestyle, even if that meant I didn’t take advantage of the various offerings. 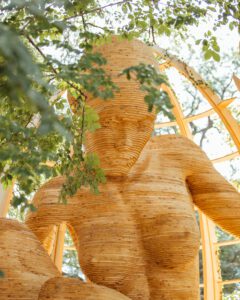 Nobody in my group had anything bad to say about GA besides trying to get in during the busiest time and having to wait. The varying credit card machine issues throughout the park the first day were a bit of a hassle, but we attendees got to see how a big production can have some growing pains when ran on such a scale. Nothing that happened that first day was a deal breaker for my opinion of the “vibe” though, and I promise that will be my only observation that isn’t praise… 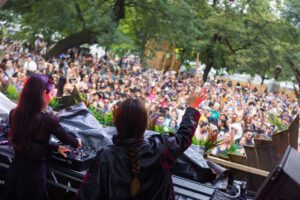 At each stage you were given an option to “get your groove-thang on”- they were built to perfection with sound being of the utmost importance. The flow of the festival was phenomenal, never had to wait in line longer than a few moments when inside. The art installations, whether for the stages or around the grounds, were crafted to the theme of the area and detailed to create an immersive visual aid to the music.

Acid Pauli takes the cake for the best set, creating the perfect Sunday flow from himself to DJ Tennis, who appeared to be the Expansions Stage’s top contender for most anticipated. For full sets I saw, I place Tennis as a close second for favorite and Ricardo Villalobos as third. From those 3 acts, you can probably see where my interests are for the weekend, but from the other sets I meandered around I could tell max energy was brought. Honorable mentions for me would be Hiroko b2b Hyperactive, Seth Troxler, Honey Dijon, and Loren. 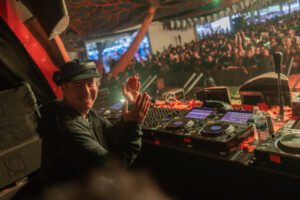 The main stages are not always my favorite at times, because I am a bit picky. The Main and Elrow stages were where most people congregated.  On the main stage, it was undeniable that Lane 8, Adam Beyer b2b Cirez D, and Charlotte de Witte were some of the crowd favorites. Carl Cox was an obvious force to be reckoned with (from conversations I was having about his set), but this observer was not present. The Elrow stage was my least attended stage, but from my observations and 30+ minutes of experience, could see the delight in the eyes of people enjoying that visceral carnival.

Will I attend the festival again? As long as possible, yes. I am holding out for the future to be of the same quality but more roots-based acts getting the love they deserve. Until then, cheers to a successful 2nd year for Arc Music Festival. 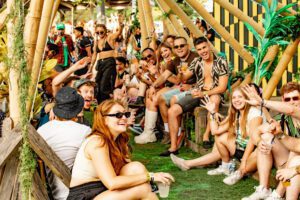 P.S. Shout out to the 4th stage (Arc Car) with locals and amazing sound, creating a solid 4-point sound system to give me the intimacy I craved throughout the weekend.