Guys, I got a preview of Manaya and whew- get ready for a great one! One of Belfast’s finest musical exports, DJ and producer Garry McCartney has become a prominent figure in the melodic techno world. He has two aliases: Ejeca and the new Trance Wax. Releases on Sasha’s Last Night on Earth, Shall Not Fade, Tusk Wax, Aus and BPitch Control has made him a mainstay of the U.K. house and techno scene, with a recent BBC Radio 1 Hottest Record nod for ‘Ekstac’ from Annie Mac.

While Ejeca soared on the underground scene, it was another passion project that drew Garry’s attention in the studio; Trance Wax. 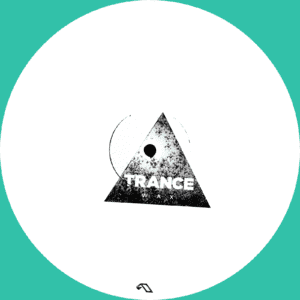 Garry grew up in an era where trance and progressive artists Sasha, Chicane, and Paul Oakenfold were household pop-music names. This inspired Garry to recut nostalgic rave hits to fit the eclectic environment of modern dance floors.

The vinyl-only pressings worked their way into the record boxes of The Black Madonna, Bicep, Job Jobse, and Denis Sulta. In addition, B Traits and Danny Howard gave him support on the radio.  The pressings earned him a BBC Radio 1 Essential Mix in 2018. This provided end of the night moments for a generation of artists who fondly remember dance music’s golden era.

Taking Trance Wax to the next level, we’re proud to present his debut original release, the ‘Manaya EP’.

The EP shows three sides to the Trance Wax sound. In addition, the EP draws heavily on the turn of the millennia dance music culture. There’s a heady The Future Sound Of London trip with ‘Northern Sky’, already a Friday fire record on Danny Howard’s BBC Radio 1 show. It’s one you can’t miss.

‘Alone Again’ takes things a step deeper. This is a vocal track that has been multiple years in the making from Garry. Providing a feel-good hit of euphoria, ‘Manaya’ is a throwback to the classic uplifting trance sound. You guys will love this EP, for real!

“Glad to release my first original Trance Wax productions on Anjunabeats. They’re a follow-on from the OceanLab remixes I did last year and a personal reinterpretation of classic melodic dance music. I hope you enjoy them, there’s a lot more to come.” – Trance Wax

Trance Wax’s ‘Manaya EP’ is available to buy and stream from June 26 on Anjunabeats, with further music to arrive on the label later in 2020. With Anjunabeats celebrating its 20th anniversary, Trance Wax’s original recordings are the perfect celebration of trance music throughout the ages.

“Manaya EP” out June 26 on Anjunabeats