Happy August 6th! I feel like time sure does fly in the summer. I think that’s the fastest season, to be honest. Here are your tracks of the week! Check back next week at The Festival Voice to see everything that’s happening!

All Day I Dream favorite Sébastien Léger is welcomed back with open arms for a summery new longplayer, ‘Feel.’ In it, he’s supplied three new originals that showcase his continued effort to step outside the traditional confines of deep and melodic house. 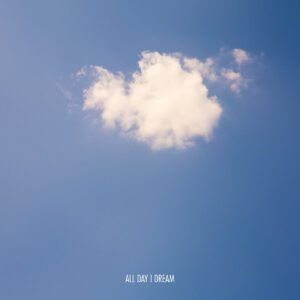 The album arrives after the release of three incredible singles and videos, ‘Ogou (Pran Ka Mwen)’, ‘Lamizè Pa Dous’ and ‘Bade Zile’, offering a window into the beauty of the rich and vibrant culture of the Haitian people. The album precedes a range of high-profile remixes and a feature-length documentary out later this year. In what has been a tumultuous year for Haiti, Leave the Bones provides a unique insight into the creative heart of the island nation. 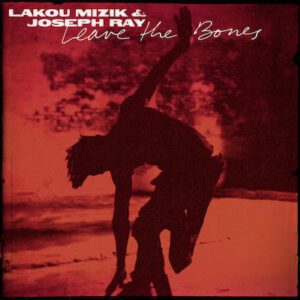 Esteemed electronic dance music talent Sander van Doorn returns to the release radar as Purple Haze with ‘Faces’, a hard-hitting techno masterpiece that directly follows his late April-released remix of Above & Beyond and Armin van Buuren’s 2019 hit single ‘Show Me Love’. It also serves as a follow-up to Doorn’s ‘What You Want’, the last groundbreaking techno gem to come from the venerated DJ/producer earlier in the year, as well as ‘Jonson’s Play’, the recent monumental collaboration between Sander and Armin van Buuren. Out now on Armind, ‘Faces’ is available to listen to across all streaming platforms. 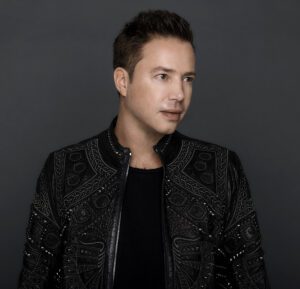 LA-based rock band The Bots are excited to present the music video for “Girl Problems,” the second single to be lifted from the Wednesday, September 8 full-length album release 2 Seater. “’Girl Problems’ is about finding yourself as a young woman under the influence of others,” said The Bots’ Mikaiah Lei. “We wanted this video to capture the elements of societal pressures and unrealistic standards that everyone faces. Isabel Hainer brought that to life perfectly.”

Renowned Stockholm-based talent Lucas Nord returns with a new single through his Hans Göran moniker, ‘Girl’. The latest track serves as the fourth release from his upcoming ‘A Summer With Hans Göran’ EP, slated to release this month. It directly follows his prior singles ‘LIMONCELLO’, ‘FIKA’, and ‘GANG’ off the EP. The bouncy house track replicates the feel-good, warm feeling of dancing a summer night away. Out now via Nord’s very own Bisous imprint, ‘Girl’ is available to listen to across all streaming platforms.

‘Disposable Society’ is finally here, the debut studio album of the electronic Estonian duo WATEVA. With an aesthetic that makes you uncomfortable yet curious and sonics that makes you unable to stand still, WATEVA has become extremely popular in their home territory. The entire album features Estonian artists as well, making it truly a cultural moment. 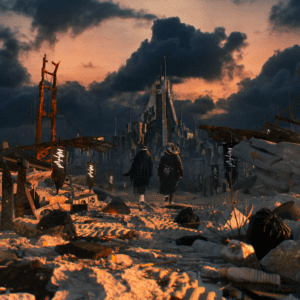 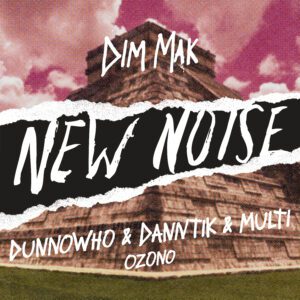 It’s time to take a trip into the inner cosmos; longtime DIRTYBIRD friend Thee Mike B makes his grand entrance into the label fold with a slow-burning and psychedelic new single, “Uh Yeah (Thee Acid Song),” in tandem with Boy Stephen and Robyn Katz. Joining him for the ride are fellow Angeleonos Salva and Lubelski. 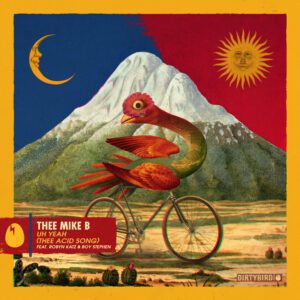 2011 marked a pivotal point in the electronic dance music landscape, and Sander van Doorn’s monumental masterpiece ‘Drink To Get Drunk’ served as the main anthem for the genre for quite some time. Ten years later, the smash hit has already received the remix treatment from London-based techno duo Eli & Fur. This time around, Doorn has enlisted remix duties from fellow Dutch talents, the DJ/production duo Avao and Laura Van Dam. Out now via DOORN Records, their propulsively driving remixes of ‘Drink To Get Drunk’ are available to listen to across all streaming platforms.

8Kays has continuously followed her inner call for hunting new sound landscapes since her music career turned into the “8Kays” chapter. Always inclined by her vision to pursue, 8Kays has released a catalogue of amazing records on the likes of Renaissance, Oliver Koletzki’s Stil Vor Talent, Yotto’s Odd One Out label, as well as great remixes for Berlin-based Booka Shade and Joplyn.

Showcasing several explosive additions to an ever-growing back catalog, Goober sees Hibberd partnering with esteemed producer Suzy Shinn (Weezer, Panic! At The Disco, Fall Out Boy, Dua Lipa) for recent cuts “How Am I Still Alive?” (with The Regrettes’ Lydia Night) and “Bleugh,” in addition to pop-rock belter “Boy Bye,” as she aims to capitalize on the huge wave of momentum generated over the last twelve months. 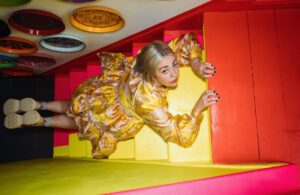 Bauuer has been on the house scene under various guises since 2004. His remixes and originals have been heard on dance floors and radio across the globe on labels such as Armada, 3Beat, Ministry of Sound and Hed Kandi amongst others. ‘Pushing On’ follows his last release on Let There Be House, ‘Take A Little Time’, which clocked up millions of streams and high profile support, earning him a Beatport Top 10.

Glen previously produced the weekly Hed Kandi show on Ministry of Sound Radio for over a decade and now presents his own ‘Let There Be House’ podcast with over 60,000 downloads per month on iTunes. He’s previously had releases out on Salted Music, Motive, Hot Sunday, Ocean Trax, and of course Let There Be House Records, reaching a number 1 in Beatport Hype House with ‘You Don’t Know’.

He now brings his skill and experience to the Escape Records family and is also the producer behind Escape’s first release, linking up with talented singer songwriter Elisabeth Yorke-Bolognini, who has previously provided vocals for Defected Records and Toolroom. The track is entitled ‘You & I’ and is an all round feel good uplifting house record with a killer vocal hook and some irresistible summer sounding chords.
Stream HERE

Joey Cape- It Could Be Real Music Video

Fat Wreck Chords and singer-songwriter Joey Cape, frontman of iconic punk band Lagwagon, are excited to release the music video for “It Could Be Real,” the first single lifted from the Friday, August 13 release of his brand new solo LP, A Good Year To Forget (pre-order). A song written from the perspective of a disenchanted single person—a person who has experienced the highs and lows of multiple failed relationships–“It Could Be Real” was directed by Sean McCue and Nina McCue and features comedian Joe Sib. 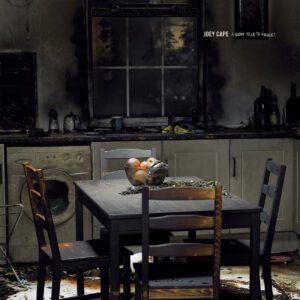 Today, live electronic duo Flight Facilities return with ‘Move’, their latest single featuring DRAMA, the Chicago-based collaboration composed of producer Na’el Shehade and vocalist Via Rosa. Flight Facilities’ knack for sending listeners on a musical journey through time shines through once again as we’re transported back to the earl​​y days of the 1980s Chicago house music movement. Vibrant rolling piano progressions blend seamlessly with a distinct 909 rhythm, which are then layered with Rosa’s silvery vocals to create an instant classic that is sure to be white hot on the dance floor. 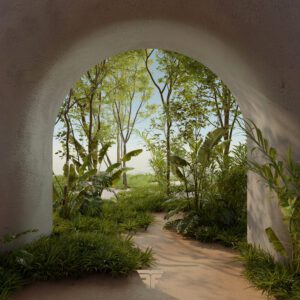 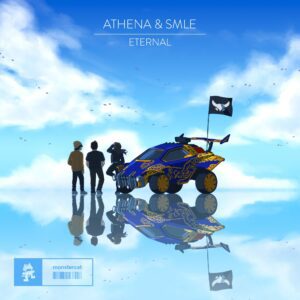 Two years after his last full-length EP, Crankdat is back with his debut Monstercat EP ‘Sad Robot’. Spanning five original tracks including the previously released “Better Without You” and “The Feeling (feat. Ace Aura)”, ‘Sad Robot’ fully encapsulates Crankdat’s range and evolution as a producer. Right off the bat, the colourful synth stabs in “Wish You Were Here” add an unexpected melodic layer to his signature bass-heavy drops. Taking listeners on a nostalgic musical journey, the titular track, “What It Feels Like (feat. KC)” pays homage to Crankdat’s classic melodic sound through its infectious vocals, rich bassline, and powerful chord stacks. 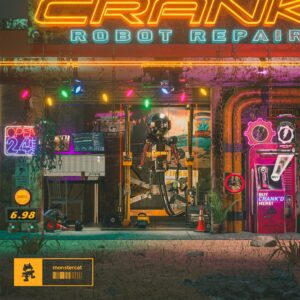 SONY Music Japan returns to the release circuit this month with the highly-anticipated ninth episode via their new ‘Sakura Chill Beats’ YouTube channel. Since the start of the summer, it has served as the official hub for new takes on anime and video game themes, with RetroVision, Slushii, James Landino, Tokyo Machine, Half an Orange, and Outr3ach all featured over the last several months. This time around, renowned Shanghai-based talent Corsak has been enlisted for remix duties once again, directly following up his rework of Ikimonogakari’s ‘BAKU’ from the tail end of this June. For his latest, he reimagines Yoh Kamiyama’s ‘Irokosui’, the opening theme to groundbreaking anime series Horimiya. Out now via SONY Music Japan, it’s available to listen to across all streaming platforms.

DubVision is back with their first festival banger in two years ‘I Don’t Wanna Know’. Inspired by Swedish House Mafia and their (back then) rumored comeback, DubVision headed into the studio to create a record that fits their signature Big Room sound like no other. ‘I Don’t Wanna Know’ will get you ready to party. 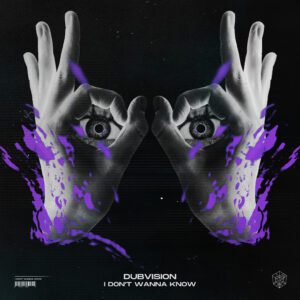 Hot on the heels of his official UEFA Euro 2020 track ‘We Are The People’ with Bono and The Edge, Martin Garrix is releasing another big collaboration today. ‘Love Runs Out’ sees him join forces with multi-platinum recording artist and producer G-Eazy and singer-songwriter Sasha Alex Sloan. 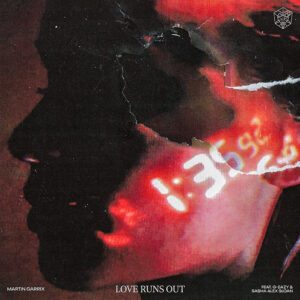 Released three months ago, ‘Heal Me’ from Matisse & Sadko is now getting reworks from Janee, Lørean, and Melarmony. 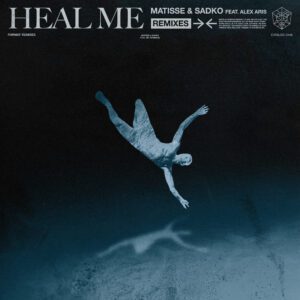 Syn Cole is a multi-instrumentalist producer who seamlessly merges electronic and melodic influences. For his brand new release ‘Wicked’, for which he teamed up with Jojee, he is showcasing a different sound. Syn Cole: ‘’When I received this topline, I really liked the darker vibe of it. I decided to go a slightly different direction from my usual sound this time. I was inspired by some of the deeper house tracks out there; productions by Camelphat, Lane 8 and Tinlicker to name a few.’’ 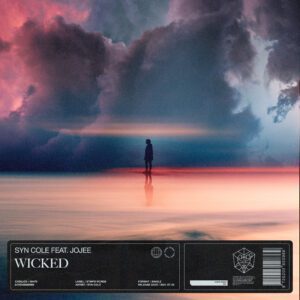 Hill is ready to dispatch his second single of the calendar year, “Distracted,” on August 1. Preceding the release of his self-titled EP, “Distracted” is a simplistic deep-house offering, distinguished by an edited Ry Hill vocal and a mesmerizing piano progression. Keep up with release updates at Ry Hill’s socials, linked here. 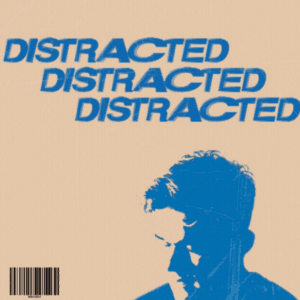 Returning to the release radar, Chicago-based DJ and producer Kice is back with his first release since his 2020 collaborative single, “BAILAR“. His new mammoth club hit, ‘Pusher,’ takes Kice’s expertise to a new level, with hard-hitting bass and electric riffs from start to finish. ‘Pusher’ is sure to take over the late-night dance floors with its infectious energy, primed for the tail end of the summer. ‘Pusher’ is out now across all streaming platforms. 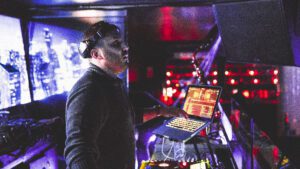 Party Favor- Save Me

LA-based DJ & producer Party Favor (aka Dylan Ragland) marks a new phase of his career with his latest single “Save Me” via Ultra Music. A new signing to the label, Party Favor evolves taking a more melodic and vocal-driven approach while still maintaining a high-level electronic production standard for the first song of a new project to come. 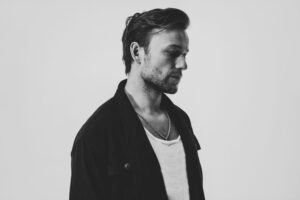 Established Stockholm-based triumvirate Moodshift return to the release radar with ‘Dang’ yet another highly-anticipated release from the innovative powerhouse trio. Their latest sonic offering marks their fourth original production of 2021, directly following previously-released hit singles such as February’s ‘Touch’, April’s ‘Heartless’, and May’s ‘Hit It’. Out now on Universal Music, ‘Dang’ is available to listen to across all streaming platforms. 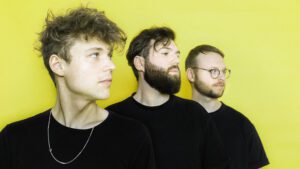 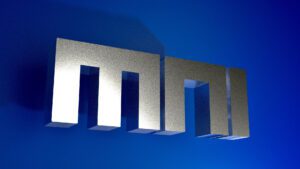 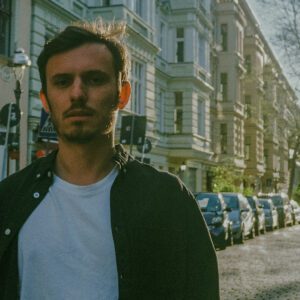