There are just a few things the world needs right now: to chill, to relax with a glass of wine next to a warm fireplace, to decompress from all madness, and finally, some humor. The world needs Bent more than ever.  Get ready to be tossed up in the air!
Bent – aka Nail Tolliday and Simon Mills – have answered the call. This is awesome because they are emerging from a lengthy hiatus to deliver a new album that proves they’ve not missed a beat, er, sample, that is. Bent’s formula is still ever-present: an intricate, all-encompassing sound and sampledelic genius with an ethos of taking obscure recorded gems and extracting exceptional sounds. This is one album that we’ve been dying for! For 15 years to be exact! 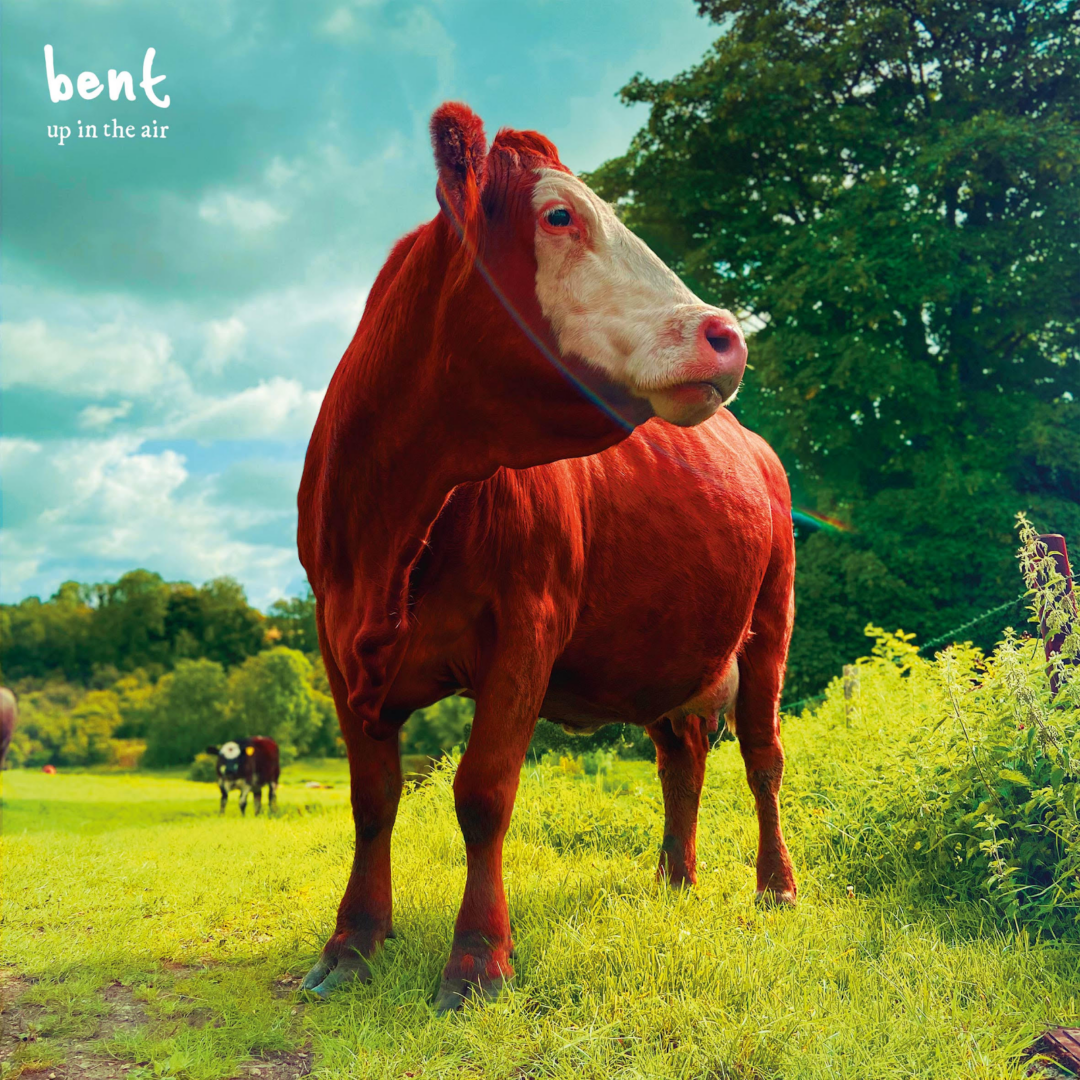 About Up In The Air

Are you up in the air yet? The eight tracks which comprise ‘Up In The Air’ were crafted remotely by Nail (four tracks were created in his Sherwood, UK Studio), and Simon (four tracks were created in his rural Ireland Studio) during the quarantine. I’ve mentioned this before, but this quarantine has had the positive of epic new tunes being released! Joint together, this latest masterpiece from Bent transports us to a world that’s far removed from current realities. It’s cinematic, cathartic, and vintage with a sprinkle of Bent’s cheeky personality laced over the top.
Nail Tolliday and Simon Mills conceptualized Bent in Nottingham in 1997. This was after becoming disillusioned with the state of dance music at the time, as it wasn’t meeting their expectations. 1999 saw the band release its debut album ‘Programmed For Love’. For instance, this received critical acclaim, receiving a groundbreaking response and praise from the likes of NME, DJ, Jockey Slut, and Mixmag, among others. These are some serious accolades!
Since then, the Bent machine created three further albums, ‘Everlasting Blink’(2002), ‘Ariel’s’ (2004), and ‘Intercept’ (2006), all selling copies in the hundreds of thousands. They are phenomenal! Collectively, these albums spawned legendary singles including ‘Always,’ ‘I Love My Man,’ ‘Swollen,’ ‘Magic Love’ and ‘To Be Loved.’ While on the remix front, Bent made a name of themselves for standout reworkings of tracks from Faithless (‘Reasons’), Morcheeba (‘World Looking In’), Matthew Jay (‘Please Don’t Send Me Away’), Hall and Oates (‘I Can’t Go for That’) and even Dolly Parton (‘Early Morning Breeze’). This group is raw and pure talent!
Bent is not just important to the development of UK electronica, but to contemporary music altogether.
Released November 27 on Godlike and Electric
Pre-order ‘Up In The Air’ here
Listen to Bent’s classic releases here
Bent
‘Up In The Air’
Label: Godlike and Electric
Release Date: November 27, 2020

For more information  about Bent please visit
Facebook
Twitter
Spotify
Posted in Festivals and tagged Bent, Godlike and Electric, new music, New Release, news, Press Release, Up In The Air
← This Isn’t Just A Phase Mom & I Fell In Love at EDCCalling All Artists! Viberate Wants To Help You! →
Don’t forget to follow The Festival Voice for all of your electronic music and festival news!
Instagram: @TheFestivalVoice
Facebook: @TheFestivalVoice
Twitter: @thefestvoice
Snapchat: @thefestvoice
YouTube: TheFestivalVoice
We use cookies to ensure that we give you the best experience on our website. If you continue to use this site we will assume that you are happy with us eating these cookies.OkLearn more