All aboard the hype train for Bonnaroo 2022! Only 61 days until we are all on the Farm again. Today’s Artist of the Day is the one and only goose. Learn more about the artist below. Don’t forget to check out all of our artist spotlights! 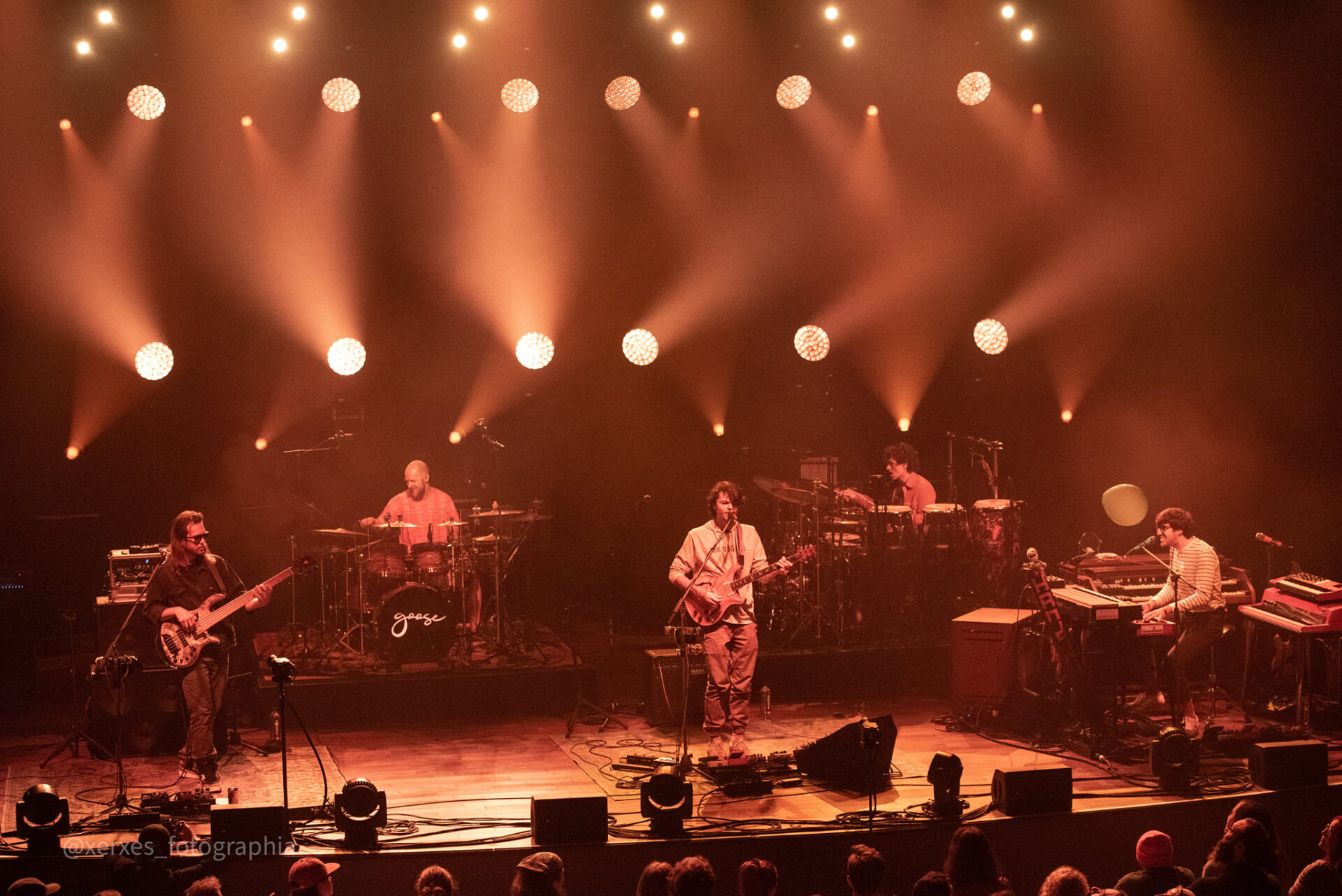 goose is a genre-bending jam band comprised of music wizards – Rick Mitarotonda on vocals/guitar, Peter Anspach on vocals/keys/guitar, Trevor Weekz on bass, Ben Atkind on drums, and Jeff Arevalo on vocals/percussion/drums. Hailing from Norwalk, Connecticut, the quintet blew up after releasing Moon Cabin in 2016. In 2017, Peter joined the crew, the pivotal moment that solidified their core lineup. In 2019, goose hit a huge streak of summer festival performances including Peach Fest which had a pro-shot video that got wide attention from the internet. That fall the band sold out all of their shows on their headlining tour and scheduled shows in early 2020 that sold out instantly. During the pandemic, goose leaned into streaming by crafting a series of intimate virtual events that culminated in a universally acclaimed bingo tour, a two-week live streaming event with four shows that had setlists determined by a live bingo game. In later 2020, the band had a slew of sold-out drive-in shows in the northeast, midwest, and mid-Atlantic. To end the year, goose did their seventh annual goosemas holiday concert that was live-streamed from the rooftop of the Rockefeller Center. In 2021, the band released Shenanigans Nite Club which debuted at number one on Billboard’s Top New Artist Albums chart. The band continued to tour on sold-out shows and expects to keep this trend moving forward into 2022.

Almost every goose show is video recorded with many of them live-streamed. You can literally go to YouTube and see most of their live shows for free. I highly recommend you check out their live sets.