All aboard the hype train for Bonnaroo 2022! Only 34 days until we are all on the Farm again. Today’s Artist of the Day is the one and only Stevie Nicks. Learn more about the artist below. Don’t forget to check out all of our artist spotlights! Check back in with us tomorrow! 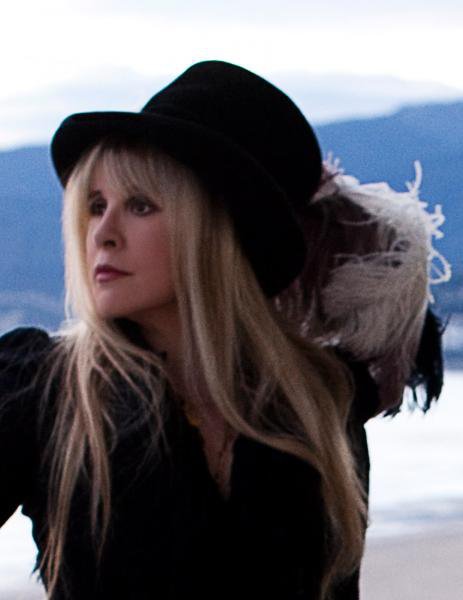 Stevie Nicks, born Stephanie Lynn Nicks, is a mystical singer/songwriter who is known not only for her solo work but also as a key component of Fleetwood Mac. She was born in 1948 in Phoenix, Arizona and started performing at the age of four at the tavern owned by her parents. She started writing songs in her teens and joined her first group, the Changing Times, while attending high school in California. During her senior year, Stevie met fellow student Lindsey Buckingham and formed the band Fritz along with friends Javier Pacheco and Calvin Roper. From 1968 to 1971, the group became a hit on the West Coast music scene and opened for Jimi Hendrix, Janis Joplin, and Creedence Clearwater Revival. Tensions arose over how much attention Stevie was getting that ultimately led to Fritz being disbanded. Soon after Stevie and Lindsey became a romantic couple and moved to Los Angeles where they recorded their debut LP Buckingham Nicks. The album was a flop, even with the cover featuring the couple naked, but got the attention of Fleetwood Mac. The band asked the couple to join their ranks in 1974. Shortly after, Fleetwood Mac hit unparalleled success and topped the charts all throughout the 1970s with their culmination being 1977’s Rumours which sold over 17 million copies and was the best-selling album of all time for several years. In 1981, Stevie took a break from Fleetwood Mac to record her solo debut Bella Donna which hit number one on the Top 20 hits and included “Edge of Seventeen.” She returned to the band in 1982 for the album Mirage while still pursuing her solo career with much success up until 1985. Starting in 1985, Stevie took a long break from music where she was being treated for a chemical dependency problem. She returned in the 1980s but left Fleetwood Mac in the early 1990s to pursue a solo career. Stevie came back to the band again in 1997 and was inducted into the Rock and Roll Hall of Fame the next year under Fleetwood Mac. Until 2013, she focused on her solo career working with numerous artists including Sarah McLachlan, Sheryl Crow, and Natalie Maines of the then Dixie Chicks. In 2013, she reunited with Fleetwood Mac and toured with them through their 50th-year anniversary tour in 2018. In 2019, Stevie was inducted into the Rock and Roll Hall of Fame as a solo artist and became the first woman to receive this honor twice.