Ready for an interactive experience you’ll be celebrating forever?!?!? Today, deadmau5 and Manticore Games, creators of Core, the premier platform for user-created games, interactive experiences, and live events, launched Oberhasli, an evolving social space and virtual music experience directed by the world famous electronic artist. In Oberhasli, fans can explore an immersive lineup of other-worldly experiences, attend concerts, play games and engage with deadmau5 himself. deadmau5 fans rejoice! You’ll get up close and personal with Joel!

We’ve got to celebrate this launch! As a result, deadmau5 will be performing a special in-game concert series accessible only inside of Core on October 15 at 3:00 p.m. PDT. In addition, four additional performances are planned through October 17. You’ll enjoy an amazing concert! Fans will enjoy an exclusive setlist of songs made by deadmau5 while being transported through thirteen interactive worlds. But there’s so much more outside of the concert experience! Visitors can explore more than 20 unique deadmau5 worlds created by Core users, plus a social hub that features three playable mini-games and unique social experiences that will evolve over time.

“Oberhasli has been a dream of mine for years, but it really took Core to bring it to life. We went from concept to live release of not just a concert but a permanent presence in the metaverse in just a couple months,” says Joel Zimmerman, better known as deadmau5. “Most virtual concerts so far have been like this vapor that dissipated; they had no shelf life to them after their initial buzz. Oberhasli has an incredible concert experience, but is really a fully immersive mau5 world that’s like a window into my brain that I can evolve over time. It’s not really the metaverse if it’s not going to hang around or have some longevity to it.”

Oberhasli invites fans, creators and players to live their very own deadmau5 fantasy in a constantly evolving online world filled with music, games, and other interactive content curated by the artist. 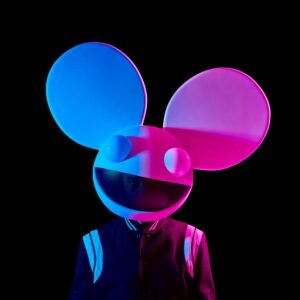 The user-generated worlds featured on the recently released “When The Summer Dies” music video will be just some of the many new encounters visitors of Oberhasli can explore. Fans who download and play Core will have a chance to meet the artist during a live VIP meet and greet, plus gain access to deadmau5-themed avatars, vehicles, and other in-game items. Ready to get your deadmau5 fix?

“The entirety of Oberhasli was able to come together in just a couple of months, something only possible on Core,” said Frederic Descamps, CEO and co-founder, Manticore Games. “We see Oberhasli as a proof-of-concept for other artists, creators, and brands hoping to bring interactive experiences and live events to their communities. The tools used to make Oberhasli and the interactive concert are available to all creators in Core to in turn make their own worlds and events! On Core, it’s exponentially easier, quicker, and less expensive to make incredible interactive experiences than on other games or platforms.”

Oberhasli is available to explore now on Core at https://oberhasli.coregames.com/. Core is available on PC for free on the Epic Games Store at https://www.epicgames.com/store/p/core, and will be coming to mobile and console soon. Specific deadmau5 performance times are listed below:
deadmau5 Oberhasli Performance Times
For more information about Oberhasli please visit https://oberhasli.coregames.com/ or follow us on Twitter @CoreGames. Core is available for free on the Epic Games Store at https://www.epicgames.com/store/p/core.
Posted in Livestream, News, Press Release and tagged Deadmau5, Livestream, Manticore Games, news, OBERHASLI, Press Release
← Art with Me Announces More Epic Artists!Ready to Party?!?!? EDC Las Vegas Week! →
Don’t forget to follow The Festival Voice for all of your electronic music and festival news!
Instagram: @TheFestivalVoice
Facebook: @TheFestivalVoice
Twitter: @thefestvoice
Snapchat: @thefestvoice
YouTube: TheFestivalVoice