Have you ever wanted to rave for two days at the beautiful Colorado Convention Center? Well, look no further than the Global Dance, AEG, and Live Nation event: Decadence. This festival returned for its fifth year during the weekend of December 31- January 1. Artists and attendees from all over came to Denver, CO to rage Colorado style. No, this does not mean hippies and snow. It means having the New Years experience you can only dream of, while also raving to artists such as Bassnectar, Griz, Illenium, Big Wild, Claude VonStroke, Marshmello and Skrillex. I got the opportunity to go to Decadence for the second time, and this year they brought it. 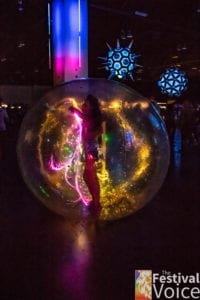 From the first stop, at security, you know this festival is run by Global Dance. Because not only are all the festival workers extremely friendly and helpful, but they are also all extremely organized and able to get you into the festival in a timely manner. When you enter the festival it’s like entering a winter wonderland, but with ravers walking around. This provides for an extremely hilarious and entertaining two days. 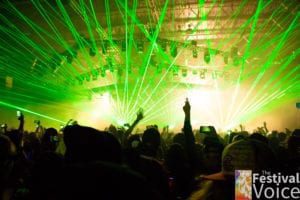 Yes, this festival was in a convention center, but there could have been more water stations, besides a few water bubblers. Also, since this is a festival in a concrete building the cellular service is trash. If you lose your friends, you’re pretty much screwed. There is no service, not even in the smokers area. 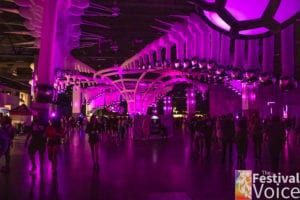 The layout of this festival was perfect. Somehow Decadence managed to keep the stages within walking distance, but also not have the sounds melt into each other. Everyone was thrilled about that! Throughout the stages were plenty of bathrooms, a huge water station, and medical personnel wandering around. These people were incredible. They were part of the medical team and walked around making sure people were okay. No judgment or anything, just making saftey top priority. 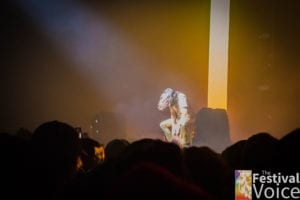 Overall, I would say that Global Dance, AEG and Live Nation know how to throw a festival. People were expecting the best from Decadence, and per usual, they killed it. It was incredibly well-run and truly a blast. Additionally, it was safe, organized, and had a killer lineup, and for those reasons, attendees say they would definitely return!