It’s the beginning of the year and that means festival lineups have been dropping left and right! Today Sunset Music Festival (SMF) taking place in Tampa, Florida May 25th and 26th announced their initial lineup.

Some of you may remember the extreme disappointment among SMF fans after the lineup dropped last year. The lineup included Marshmellow, The ChainSmokers, YehMe2, Borgore, K?D, and Bear Grillz. This year it seems as though they have redeemed themselves. The lineup includes; 12th Planet, Blood Dog aka Skrillex and Boys Noize, Ganja White Night, Peekaboo, Rusko, and Subtronics. 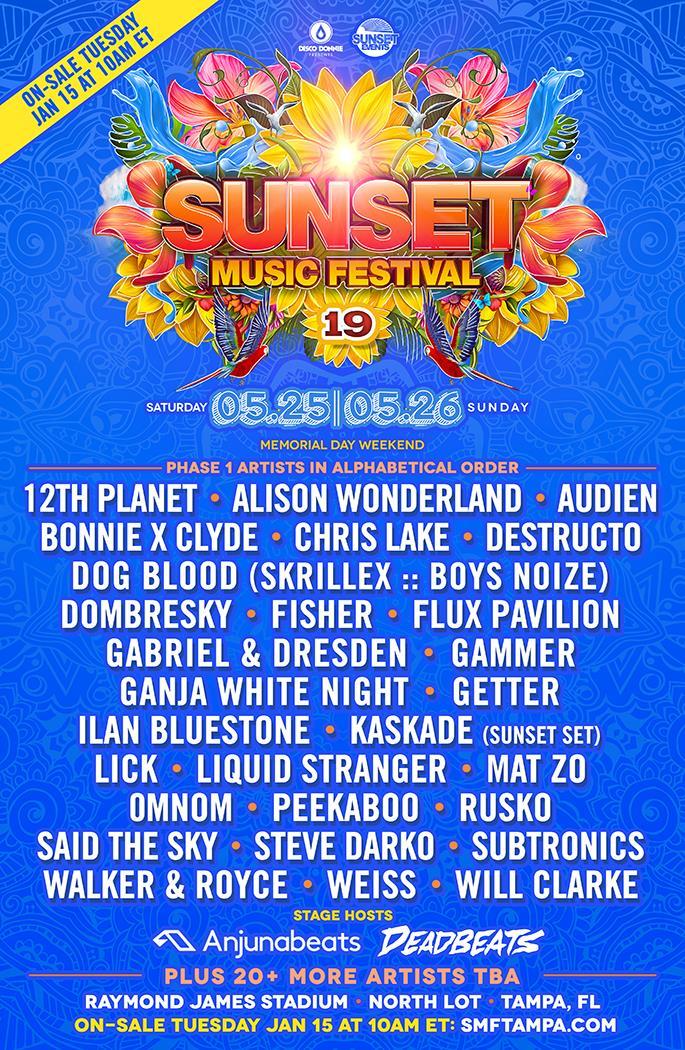 Great lineup! You guys have redeemed the atrocious lineup last year with this one. Good job, Disco Donnie!!!

Love all the Dirtybird presence! Much better than last year!!

With over 20 more artists to be announced, it might be hard for you to be disappointed with this lineup! If you’re making that trip to Tampa Bay for Memorial Day weekend, tickets go on sale tomorrow at 10 am ET. Make sure to snag yours HERE!!!