Well, the wait is officially over! Why? Because after months of potential leaked lineups and Roo Clues, today Bonnaroo announced their 2019 lineup. 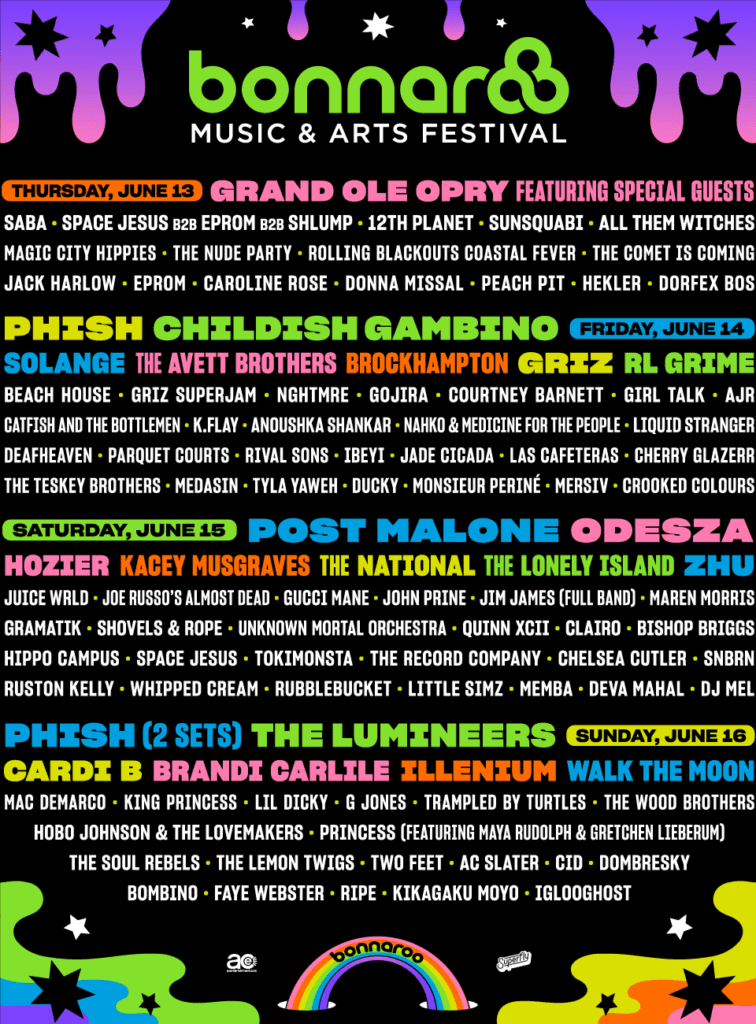 Here’s what Bonnaroovians had to say about the lineup…

Bonnaroo for the win. Easily better than Coachella, Firefly, or Governor’s Ball this year.

If you’re a fan of Roo, then you know there has been a lot of talk about the direction of the festival, especially since Live Nation took over. After dropping the lineup today, many fans feel as if Bonnaroo is finally returning to its root. The lineup is extremely diverse and caters not only the vets but the kandi kids, those who crave EDM, the jam band fanatics, and the undercard lovers.

This lineup is great. Spread of music new and old, lots of Bonnaroo root bands mixed with a well dispersed genre blend.

Best one they’ve had the past few years!! Can’t wait to experience Roo all over again, and meet so many more new people. See you all there.

The lineup dropped on my birthday and I’m freaking happy with what I see. Happy Birthday toooo meeee!!! I can’t wait!!!!!

Of course, there will always be mixed reviews when a lineup dropped. One hot topic of discussion we have seen this morning has to deal with 3 Phish sets. While some all about it, others aren’t too pleased.

Anyone feel like a headliner dropped out last second with these double headliners and the Phish doing 3 sets? Foo Fighters maybe?

Not really hating oh Phish. More like would rather see 3 different bands instead of one 3 times.

With how Phish runs have been lately… I’m super excited!! And they did Friday and Sunday in 09 and it was amazing! I will be there!

One of the Phish sets is actually a typo for Daft Punk.

In reality, if you’re not a fan of Phish,  there will be more than enough musical acts, comedians, activities, and overall exploring for you to do on the farm. One thing you should definitely do is check out Bonnaroo’s official playlist. If you like exploring the artists before the festival, this playlist is perfect for you! Roo has even done all the work for us by separating the artist out by Genre.

With just five months until Roo, I’ll be here to provide you with all things Roo until we’re on the farm again. To check out the 1st volume of What’s New Bonnaroo, click here. Until then, if you haven’t secured your ticket, they will go on sale Thursday, January 10th at 10 am ET. You can purchase them here.