Now out on Astralwerks. 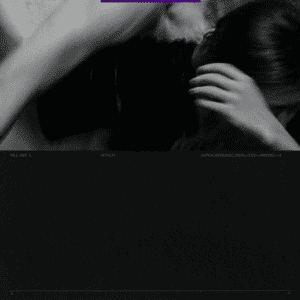 Coming all the way from Australia, Willaris. K comes to push the boundaries in the electronic music sphere. After already dropping some incredible singles and double-records on Astralwerks, Willaris. K is truly making a name for himself. Originally premiering on an Australian radio station, Triple J’s, Richard Kingsmill, ‘DETACH’ has just been dropped with an abstract visualizer that also features a frequent collaborator, Chris Kore. ‘DETACH’ is a five-minute display of warped digital bodies that are dancing under a blanket of white noise – a familiar background from Kore’s previous Willaris. K productions.

Listen to “DETACH” here and watch the visualizer from Chris Kore here.

‘DETACH’ begins with an atmospheric arc that later progresses into a synth-heavy thumping beat, a reminder of his signature industrial sound. The flighty textures and tempos that lead the composition add a level of anthemic energy to his latest array of releases.

In February, Willaris collaborated with fellow Australian singer-songwriter Gordi on their incredibly haunting track, ‘INDIFFERENT’. This track was Willaris’ first to feature vocals, resulting in a beautiful union of his dramatic piano chords with brooding lyricism. ‘INDIFFERENT’ has in impressive origin story – beginning in Willaris’ home in New South Wales that later was fine-tuned on Gordi‘s farm in Australia. The track was finished by renowned Sigur Ros collaborator and film composer Alex Somers at Rick Rubin’s Shangri La Studios in Malibu – which was inside Bob Dylan’s old iconic tour bus. 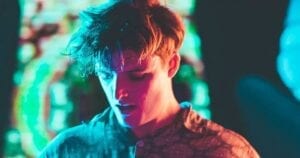 Willaris. K‘s eclectic music has drawn him comparisons to many of the greats such as Jon Hopkins, Brian Eno, and William Basinski. His previous career as an electrical instrument technician led him to music as he worked across rural power plants in Australia, taking field recordings and turning them into ambient tracks – thus, Willaris. K was born. Since then he has showcased his versatility and range as a budding producer, from the nostalgic ambient tones of “PAST LIGHT” to the darker punchy percussions in “Natural Selection”.

Willaris. K’s ‘DETACH’ Is Out Now Via Astralwerks.