EDC: The Weekend That Changed My Life Forever I was operating my own construction company in Texas several years ago when I first heard about EDC. Up to that point Decadence NYE in Denver, CO was the only dance music festival I had attended. So I was still very new to the scene. While talking with a few friends about how amazing and life-changing Decadence was for me, they brought up Electric Daisy Carnival. After they learned that I had never even heard of EDC or Insomniac, they showed me the promo video for EDC.

That was it, I bought my ticket right then and there. I had to spend almost $800 on a VIP ticket because it was ten days before the show and all the general admission tickets were sold out. But the price tag didn’t matter to me. It was as if something was calling to me. None of my friends had the resources to go, so I started preparing for the solo adventure of a lifetime. I had never been to Las Vegas for pleasure before, so I was really excited as I booked my flight and a suite at The Mirage. I had just missed out on my birthday rave, Global Dub Fest at Red Rocks Amphitheater, a couple of weeks before due to work-related business, and the dates for EDC coincided perfectly with a week-long break I had on the job I was doing. It was as if a higher power was arranging everything perfectly for me. 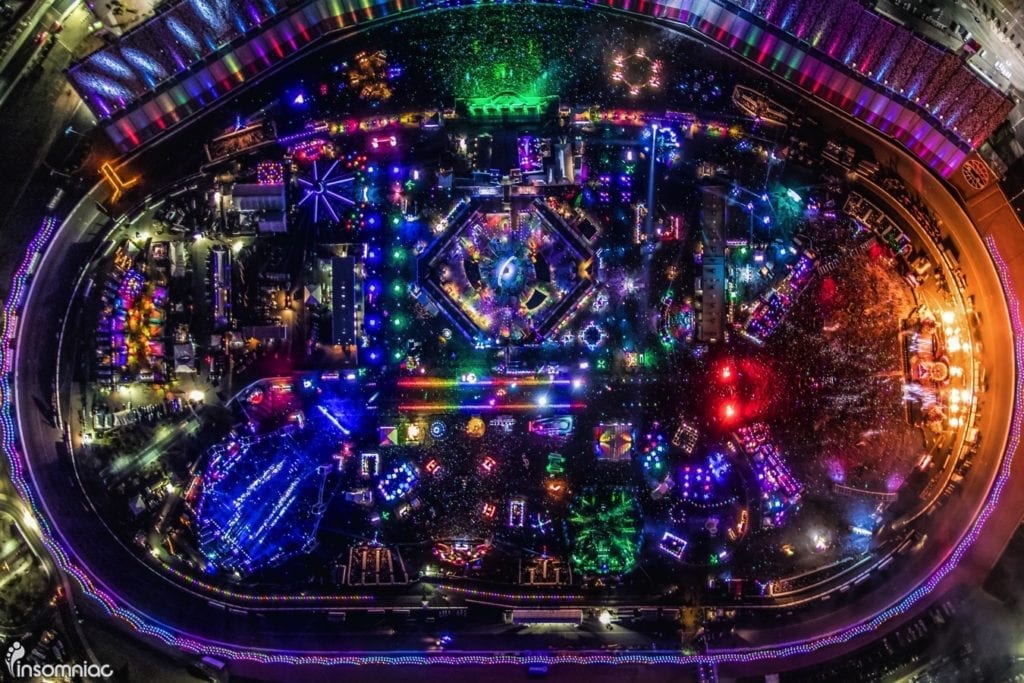 A week later as I was boarding my flight, I realized that almost everyone on that flight was going to EDC as well. After we got into the air, I started talking to the couple sitting next to me, Jose and Stephanie, who were looking forward to their first EDC as well. After only a couple of drinks, the three of us had the whole plane chanting “EDC, EDC” for the last hour of the plane ride. After getting settled into my room, I went out to explore all that the Las Vegas Strip had to offer. As I’m walking around aimlessly, I run into a Vegas local, Arturo, who showed me everything Vegas had to offer both on and off the Strip. I didn’t get back to my room until 9 a.m. the next morning, and when I did get back, I realized that I left my phone in his car! Having no phone to distract me for the weekend turned out to be a blessing in disguise, because it allowed me to FULLY live in the moment. 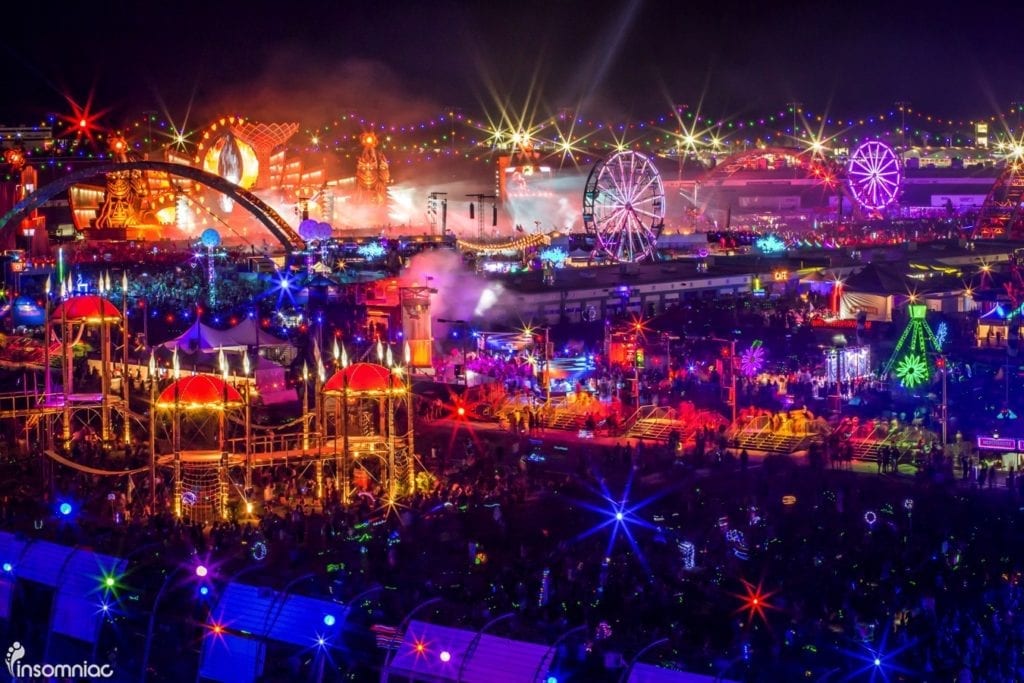 I had no idea what to expect walking through the gates that first day. I used to be a very close-minded person whom many would’ve considered as a “bro” until 6 months prior to Decadence when my mind was opened. I was way out of my element here, and I was completely by myself. I made the most of it though and took advantage of all the fun rides that EDC had to offer. It was at one of these rides that I met my first ever rave fam. The ride operator wouldn’t let me ride the ride by myself, so I had to go back in line to find a group with an odd number. That’s when I met Johnathan and his group.

After we got off of the ride, they invited me to join them and the rest of the group they were meeting up with. When we met up with the rest of the group, I was simply amazed at how loving and welcoming they were to a complete and total stranger. We all quickly bonded and became instant friends. After that we were known as “The Squirtle Squad”, and we were inseparable the rest of the weekend. 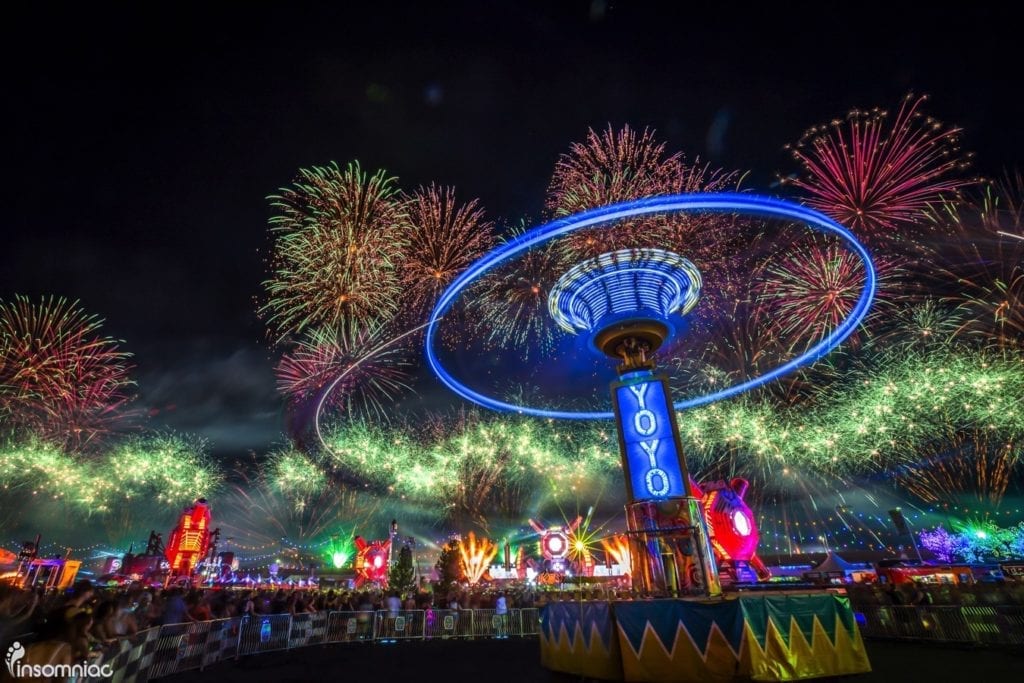 The first night was filled with many adventures as we wandered through the speedway exploring and adding more people to the group. I had not even heard of most of the DJs on the lineup, so I just followed my new friends and discovered new music the entire night. It was during one of these sets in the middle of the crowd with all the lights going, that I looked around and realized that I was a part of something much bigger. I was surrounded by thousands of the most loving people I had ever seen in my life. Every last bit of judgment I held onto died at that moment, and I started to question all my previous mindsets. I knew right then and there that this was my home and these “strangers” were now my family. 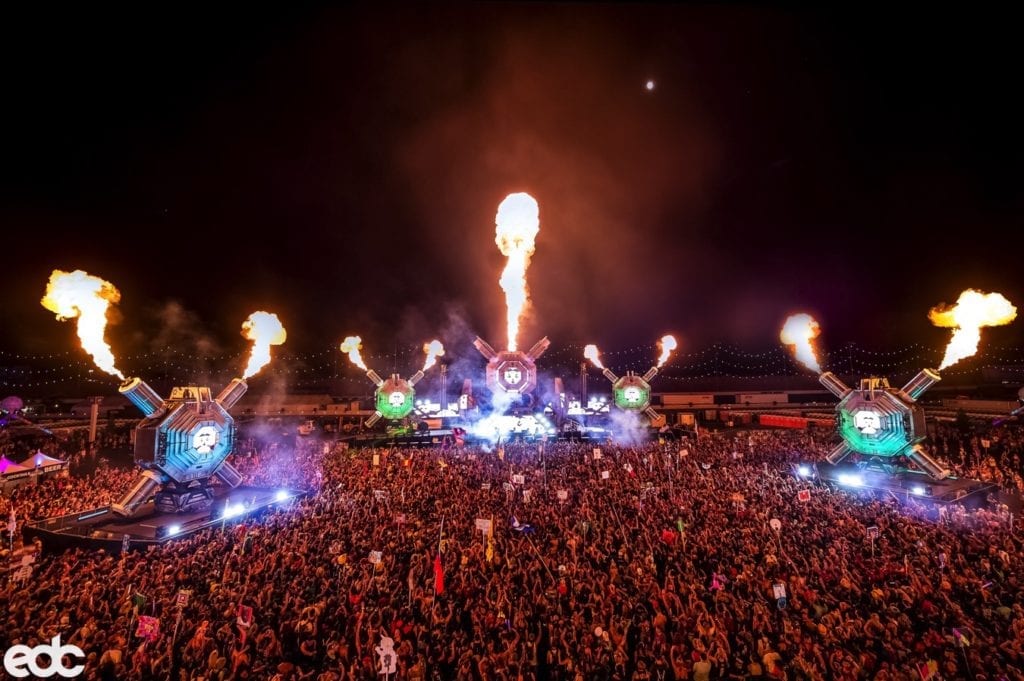 The infamous BASSpod stage at EDC

The second night was filled with even more adventure as we continued to explore all that EDC had to offer. It was a wonderful night as we were jumping from stage to stage trying to see all the DJs everyone wanted to see. It was during Coone’s set at the Wasteland stage that our friend Maryland had a heat stroke while dancing and collapsed in the middle of the crowd. My prior military training instantly took over as I picked her up and carried her out of the hot crowd. Once we had her in a safe spot sitting down, we were able to get her cooled down thanks to Insomniac’s Ground Control who gave us a bag of ice. I then helped her over to the fresh fruit and smoothie stand so we could naturally replenish her lost electrolytes. The love that everyone showed to a complete stranger at the fruit stand moved me as they all pushed us to the front of the line. The way that everyone in the fam came together to help someone they had just met the day before warmed my heart to no end. 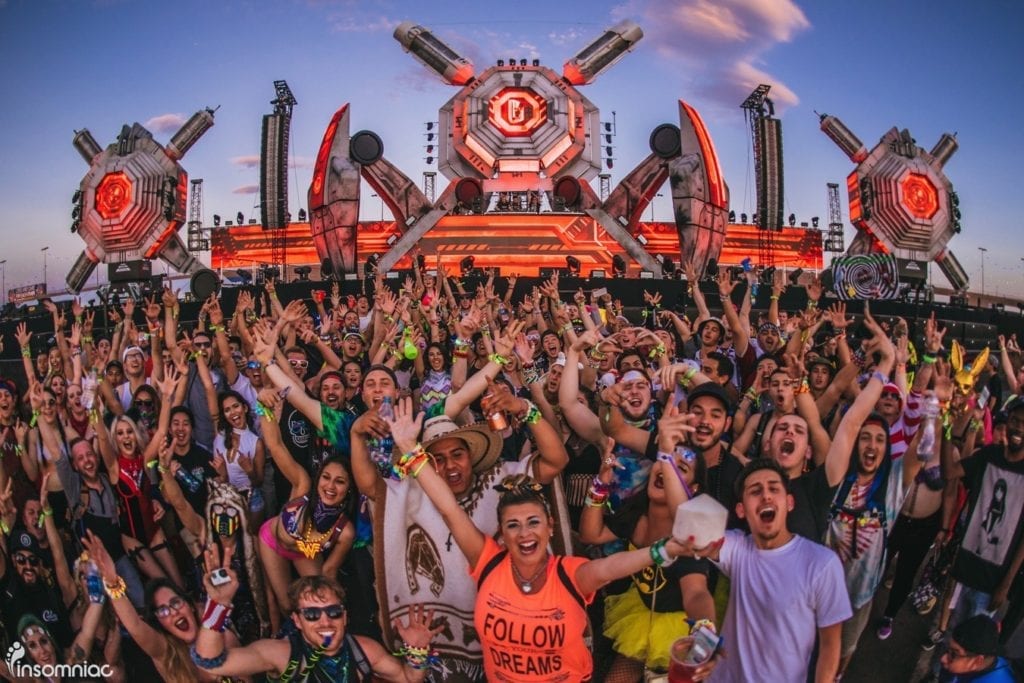 Everyone at EDC is your friend!

The third day was no less adventurous as one of my new friends, Tyler, made the last day all about me. I had spent most of the first two days helping and taking care of others, so I didn’t get to see most of the artists I wanted to. So we broke off from the rest of the fam, and he took me to see all the DJs I wanted to see, even if he didn’t like them. He even introduced me to several new artists that are now some of my favorite DJs. It was that night surrounded by all the love of everyone around me that I started to question my own reality. 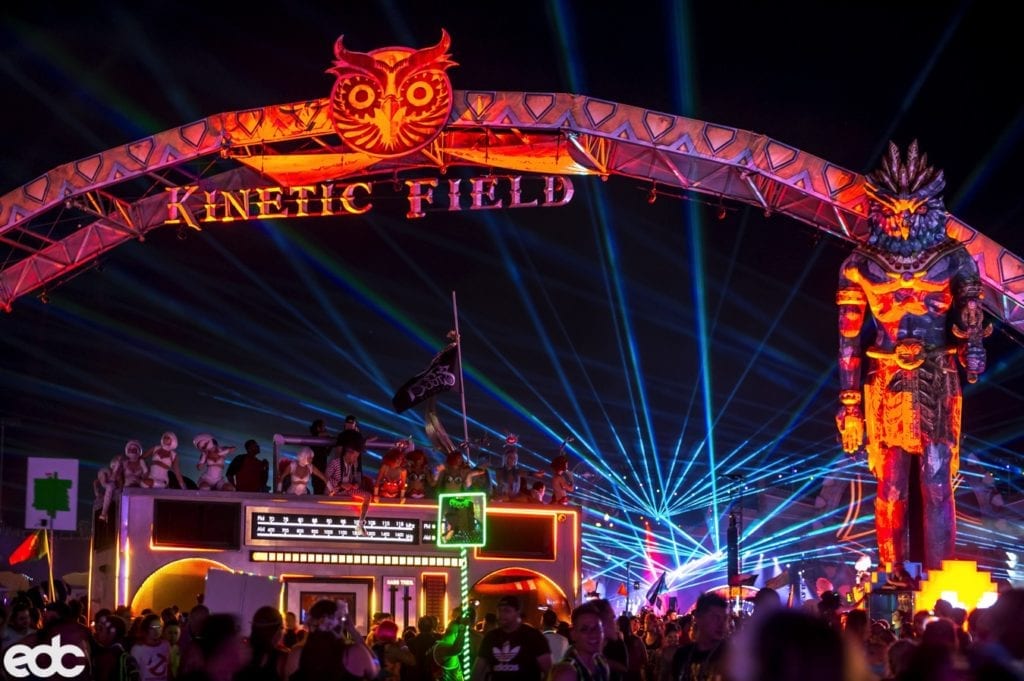 As the weekend came to a close, I wanted to see Galantis’s sunrise set. After three long days, the rest of my group was tired and just wanted to relax in the grass. So I ended the weekend the same way I started it… Solo. At the back of the crowd, there was a small rave fam that saw me dancing alone. They came up and invited me to join them as they ventured further into the masses. In the middle of the crowd with these new wonderful people around me, I started to reflect on what had happened over the last 3 days. I thought about all the beautiful strangers that took me in and treated me with more acceptance, kindness, and love than I had ever seen in my life. These were the same people that only months before I would’ve instantly judged at first glance. The same people that I would’ve instantly dismissed as a bunch of weirdos and freaks. 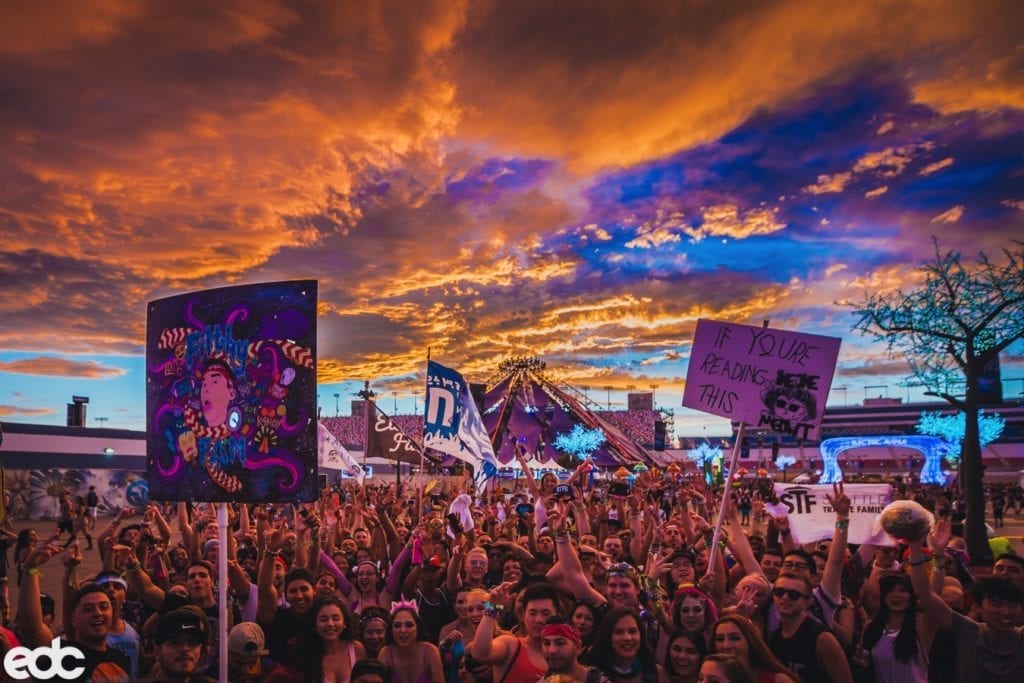 As I watched the sun rise against the main stage with tears pouring out of my eyes, and I vowed that I would be a better person than I ever was before. I was done with all the negativity in my life. I decided that I was finished with negative people and letting them steal my energy. I decided that I needed to surround myself with more amazing, beautiful, loving souls like my new rave fam. I swore that I would always show everyone the same love and kindness that was given to me that weekend. I vowed that PLURR would be more than just a saying to me… it would become my new lifestyle.

That weekend changed the course of my life forever. I am eternally grateful because I now have more friends and family than I’ve ever had in my life, and I have never been happier. 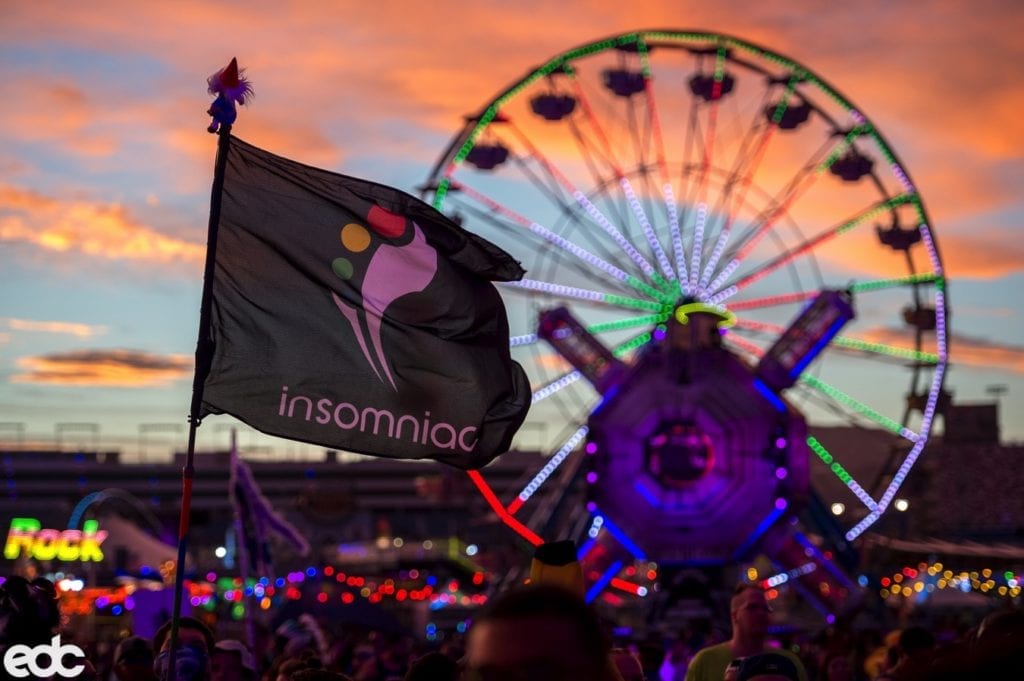