With the Illenium Red Rock shows wrapping up over the weekend, his Fallen Embers North America Tour just beginning, and having released his fourth studio album, Fallen Ember having come out earlier this summer and doing his Illenium Trilogy Show at the beginning of July, this is the year of Illenium. And what a better way to wrap up everything this year than with his Ember Shores Cancun Resort. Taking place from December 3rd-5th, this festival looks to bring the king of sad boys to the beautiful Cancun Resort. 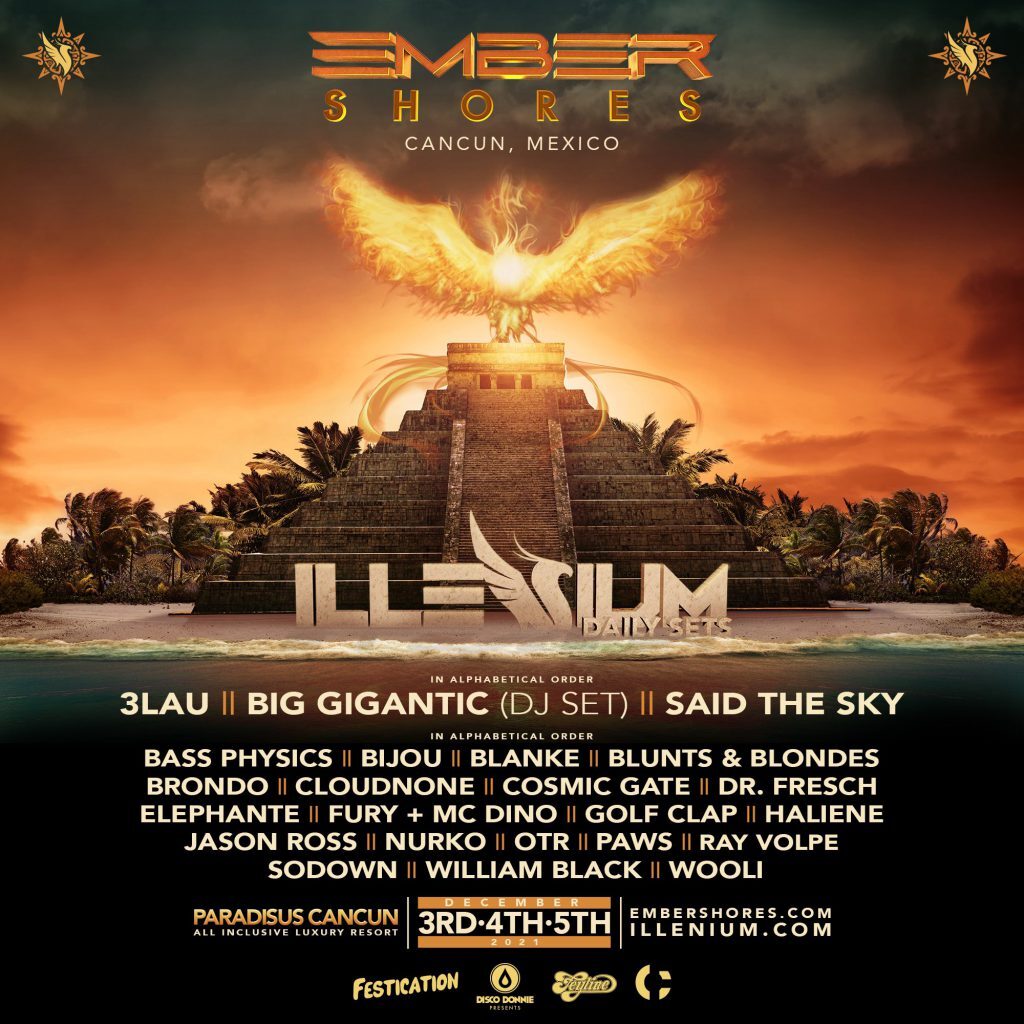 Recently, Illenium has announced the lineup for this event and get ready to bring those tears to this event. The event will include 3LAU, Bass Physics, Big Gigantic (DJ set), Bijou, Blanke, Blunts & Blondes, Brondo, Cloudnone, Cosmic Gate, Dr. Fresch, Elephante, Fury + MC Dino, Golf Clap, Haliene, Jason Ross, Nurko, OTR, Paws, Ray Volpe, Said the Sky, SoDown, William Black, and Wooli. Of these artists the ones I’m most excited for Said the Sky, Brondo, Blanke, and especially Haliene. And don’t worry Illenials, there will be 3 Illenium sets over the course of the weekend to get your fix of your favorite songs! Tickets are currently sold out for most packages, though some of the VIP options are still available if you are willing to fork out a lot of money you still get in, but who wouldn’t for this once in a lifetime experience if they can?