I remember the first time I had ever listened to an EDM song, I was 17 years old and hanging out with a friend who wanted to turn my musical preference into something more upbeat and crazy like my personality, as she put it. Turning on YouTube, she typed in “Datsik” scrolled down for a bit until she found the song “Nuke Em.” Before it even started, I thought “Okay…already sounds like nonsense.” It started pretty slowly, and then a “Yippee ki yay, motherf****r” the music started and it hit my soul. These low wubs, with a beat that just spun and dizzied me, I had never heard anything like it before in my entire life. This music was different, it wasn’t focusing on lyrics and singing, it had a purpose of not having a purpose. Immediately I was so far into it, with one song, one song was all it took for me to get hooked. It made my insides go crazy, and I just couldn’t help but dance.

My First Taste Of Live Music

I had dabbled in and out of some EDM songs on YouTube for a while until the following year where I had gone to a couple of local shows in a small town called Floyd in Virginia, where there’s literally only one stoplight in the whole community. My first show was an artist named Emancipator, the show was beautiful and the music hit me with all the feels, I wasn’t ready to see people I went to school with act in such a manner either. They weren’t the kids I went to school with, they seemed genuinely happy and free. In the next couple of months, I had ventured back to that same tiny venue to see a local DJ, Big Gigantic (before they got huge,) and Papadosio. I was slowly seeing what this whole rave culture was truly about. I wanted more. A couple of weeks had gone by before my friend Jason, who had introduced me to this world, had hit me up and told me he bought us tickets to an event called “Fall Massive.” I immediately hopped on my laptop and searched for the lineup. 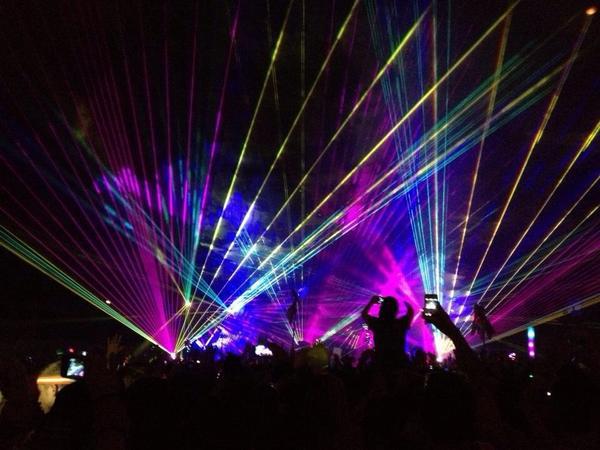 The Nerves Were Real

The lineup had consisted of Moby, Zeds Dead, Excision, Zedd, Diplo, Bare, Benga & Skream. There were a lot more but these were the people I managed to see. Which wasn’t too shabby in my opinion. I remember getting ready for the show, all I could think to myself as I was getting ready was, “What the f*** am I wearing?” It was freezing out, I was in a black bathing suit top, a hat, and leggings in the middle of D.C. in late November. I called out to Jason from the bathroom in our hotel “HELP!” He came in and said I looked fine, I grabbed my jacket and told him I was ready. He looked at me and said, “You aren’t gonna wanna take that.” I froze, “You’re joking, right?” He told me to bring it anyways, that we were running late and we needed to go. We walked since it was only a couple minutes away and thank God I bought that jacket. 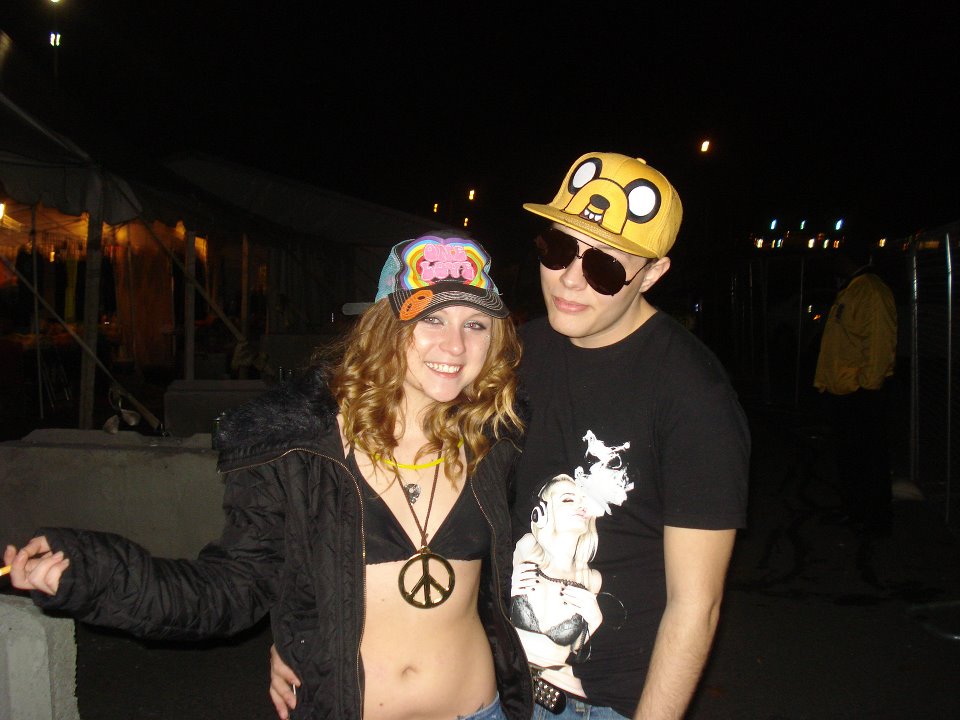 We get to the event, and I look up as we get closer to see the lines of people weaving through security. My heart stopped, I don’t know what it was…anxiety maybe? My heart was racing at this point, so many people. The first thing I needed was a drink, sh**, make it a double…anything to clear this anxiety I didn’t even know I had. I don’t really remember a drink handed to me at the festival (other than water.) It didn’t hit me until a few hours of being there, around 7 pm or so when Bare’s set had begun. I had fun and began to feel less anxious at the time. I remember looking through the roster before I had gotten there, checking out the music, and having a few “dead sets” that I knew I had to attend. I had the perfect view, I was right where I needed to be. I was at the rail to see some of the most influential artists, that…at the time had no idea they’d be where they’re at today. Bare’s set had ended and there I was, front and center for Zeds Dead, the only performance I was beyond ready to see. And then I heard it…”I will ease your pain…I will ease your strain…” ‘Eyes On Fire’ started playing after about a half hour of their set. I just remember this feeling of ease, this feeling of bliss, this feeling of “Oh my God, maybe I’m not alone? Maybe these people playing this song actually get it?” Ya know? It was like they understood, almost as if they were in my head. Is this real? I don’t know, and to this day I don’t think I’ll ever know what was happening that day, but I know it changed my being.

The song transitioned and turned into a “Knights In White Satin” a cover by the Moody Blues. A song that my father has played for me since I was a little girl, and that’s when it set in. The euphoria, the lifestyle, it brought tears to my eyes…I actually started crying. Everything hit me at once and I lost it. I just remember slowly “fading” into the crowd, I put my hand on my forehead trying to grasp everything at once, my life, my dad who introduced me into the original song, everything that was happening at once. I touched my head and I felt my body slightly fall back, I fell into the crowd, not obnoxiously, but they didn’t mind. I was accepted, I was loved, it consumed me. I was no longer concerned, I wasn’t unhappy, I wasn’t upset or hurt about my first break up. I was okay. I was dancing, I was in a paradoxical universe that NO ONE could take away from me. And that…everyone, that was all I needed. That’s all I could ever ask for or want in life. I was home.

As I type these words and reflect on all of this, I can’t help but tear up. I’m currently listening to all of these old tracks and going back in time almost. It was everything that was happening right in front of me. I was in a world of my own, my own perfect world. As Zeds Dead finished their set, they came to the front of the stage and I was lucky enough to get my hat signed by them. Skream and Benga were up next, and the tone of the tent changed as a man with long dreads, and what it seemed like a Jamaican accent, got on stage and introduced a battle. I was beyond intrigued. Their set was heavier and dark, I loved it. I just remember thinking to myself at that point that I could get used to this lifestyle, and slowly over the years, I did just that. Their set almost ended and I needed a smoke, Jason and I walked around a bit until we ended up outside, sitting down on the cold ground. I was in awe of all the costumes and face paint and glitter and bubbles. It was such a different lifestyle than what I was used to. 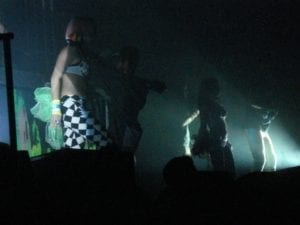 At the time I was torn between seeing Excision and Infected Mushroom, Jason was dead set on seeing Excision and I was just down for whatever at the time. We went back inside after I inhaled my stink stick and made our way back to the front of the stage. Excision had begun, and this set made my heart hit the floor. It was heart-stopping, wild and made me feel crazy…and thus, a headbanger was born.

The Change Inside Of Me

The music had ended and I wanted to cry, I didn’t want this to end, not one bit. But it did and it was over, and something inside me changed, as bizarre as that might sound. I was different, I was new, I was home. I started attending shows and festivals quite regularly and I don’t believe I’ll ever stop doing this, it goes beyond the music, it is a lifestyle and a damn good one. It’s everything, it’s the people, the community, it’s the way we give back and the way we lose ourselves on the dancefloor, it’s the sustainability we are given the opportunity to practice, it’s in the air on summer day laid out on the grass listening to your idol with people you love and who you love and that feeling of not being alone. You’re not alone, we are one.