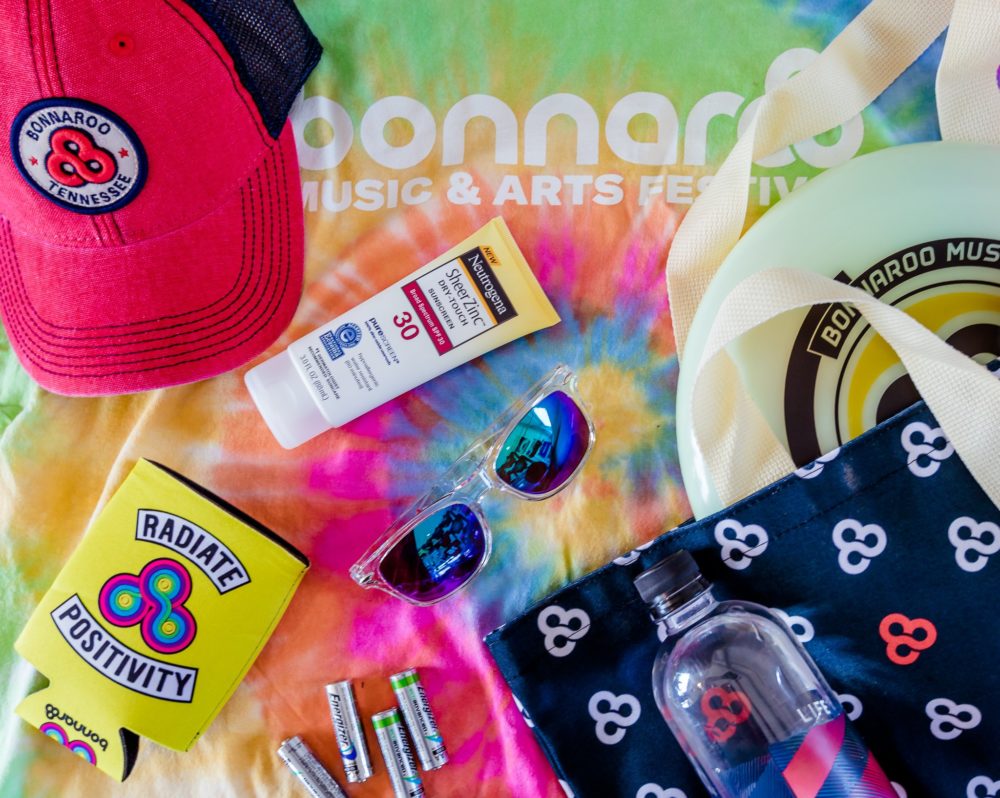 In 2012 if you had asked me what a 700-acre farm in the middle of Manchester, Tennessee means to me, my answer would have been nothing. Six years later and my answer has completely changed! Bonnaroo taught me how to live in the moment, let go of my insecurities, and most importantly, be myself! Trying to combat an overwhelming sense of excitement and nervousness, I frantically googled Bonnaroo and tips on surviving my first camping music festival. After spending countless hours on my laptop and still having no idea what to expect, I grabbed my tent and canopy, threw a bunch of non-perishable food, baby wipes, and colorful fishnets in a bag and headed off in my little Mazda Sport! 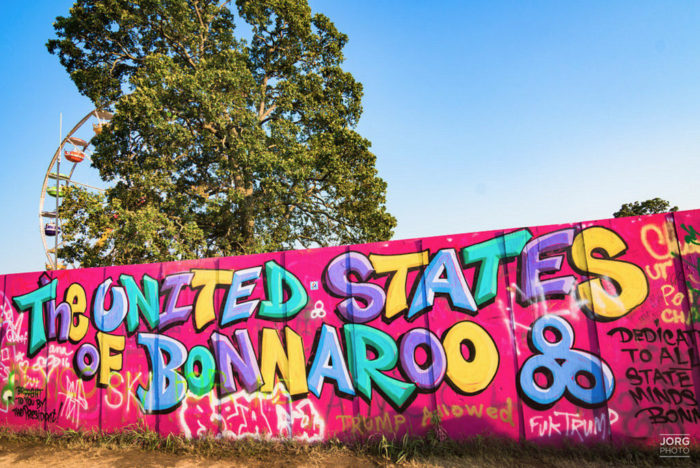 My Bonnaroo journey began the moment I tightened on that deep purple and vibrant orange wristband. From that point on, during our many bathroom breaks and food stops on our ten hour stretch from Milwaukee to Manchester, we were greeted with cheerful high fives and excited voices yelling, “Happy Bonnaroo!!!!!” It was as if that magical piece of cloth instantly connected us with thousands of others all heading for a weekend of unforgettable performances, art, and community activities. After arriving at our campsite, my friend and I started to set up our tent. Within seconds, our neighbors introduced themselves to us and instantly offered us assistance after discovering we were first-time Bonnaroovians. In no time, we were set up and heading into Centeroo, the place where all the magic happens! There it was… the Bonnaroo arch. Eight bright, captivating letters that led you to a colorful, enchanted world where beams of bright light invited you to leave all the stress at home. 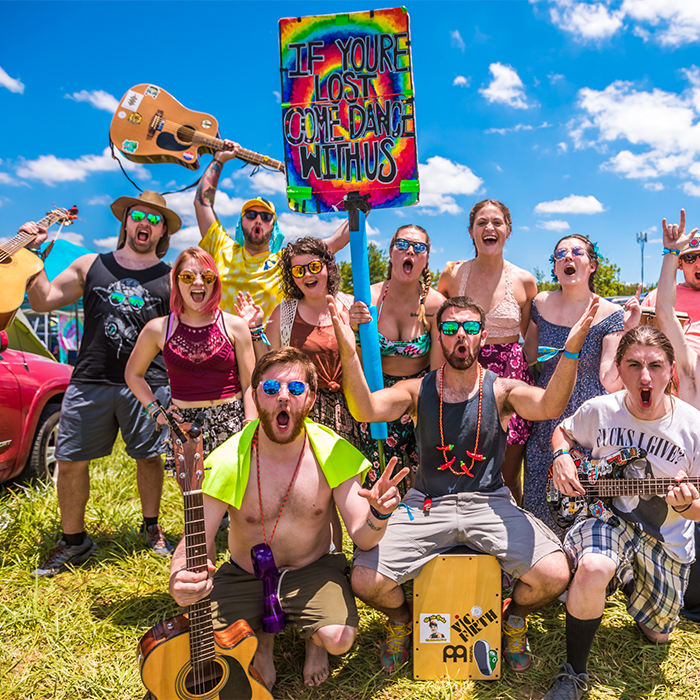 Sitting under a low hanging tree that offered a well-welcomed breeze, my friend decided to venture back to camp for a power nap. Like many of us, I was panic-stricken at the thought of being lost and alone. However, my worries were quickly laid to rest when a girl wearing the exact same golden brown bear spirithood stopped to give me a compliment and a high five. I returned the compliment and quickly found myself sitting in a circle laughing with new friends while Grouplove performed “Colours” in the background. Looking up at the clear, light blue sky, I could feel a sense of euphoria and positivity replace every nervous bone in my body. For the rest of the weekend, I fully embraced those moments when I found myself surrounded by a sea of endless, unfamiliar smiling faces. Those liberating experiences showed me that Bonnaroo is about so much more than the music. Beyond the neon lasers, the amazing food, and the unforgettable performance, there is an undeniable sense of community. It’s all about the connections you make with people you’ve just met.

Monday morning before departing the farm, which had now become home, we joined a group of our neighbors for a farewell potluck. From random group renditions of Biz Markie’s “Just a Friend,” to eating a slice of infamous Spicy Pie at 2 am, we all reminisced about our favorite moments, making plans to return the following year. Right before hopping into my Mazda, my friend and I were approached by our neighbors we met the first night. They hugged us tightly before gifting us with beautiful, colorful homemade Bonnaroo bandanas. Embroidered with a rainbow Bonnaroo symbol and the word “PLURR” spelled out in bold black letters underneath it, I was overwhelmed with a sense of love. I asked my neighbors what was the meaning of PLURR. Hearing the words Peace, Love, Unity, Respect, and Responsibility, I felt as if Bonnaroo was the perfect representation of PLURR. I shed a tear as I accepted the gift and vowed to live my life by those same five pillars.