All aboard the hype train for Bonnaroo 2022! Only 28 days until we are all on the Farm again. Today’s Artist of the Day is the one and only Femi Kuti & the Positive Force. Learn more about the artist below. Don’t forget to check out all of our artist spotlights! Check back in with us tomorrow! 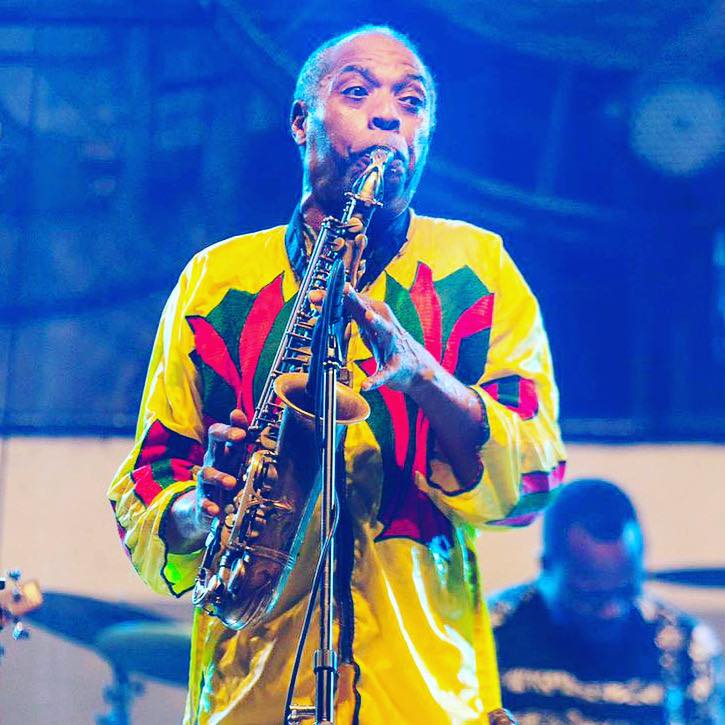 Femi Kuti started playing saxophone in 1979 with his father, Fela Kuti, and his band, Egypt 80. In 1984, his father was arrested at the Lagos airport just before the start of a U.S. tour and made Femi the frontman to lead the tour instead of cancelling the shows. Two years later, Femi created his own band called Positive Force which gained a following in Afrobeat music circles. Since then, Femi has amassed a worldwide audience while still keeping his band at the forefront of the Afrobeat movement. He adds in bits of punk and hip-hop to his sound while remaining true to the genre’s traditional roots and political message. Recently Femi collaborated with Coldplay on their song “Arabesque” which is from their latest album Everyday Life.

Femi Kuti is Scheduled at the Festival