Float Fest in San Marcos, Texas, delivers a fun experience and diverse lineup in the middle of the Texas summer!

Float Fest is a 2-day camping music festival in San Marcos, Texas, that features a 3.5 hour float down the beautiful San Marcos River and a rich, diverse lineup of incredible artists across popular music genres. I wasn’t planning on going to Float Fest. But I’m sure glad that I went! One of my friends had an extra ticket for his birthday. What we experienced was a whirlwind of good vibes, diverse music, and Texas heat!

The campsites were located in an open cornfield on one end of the festival grounds. Camping was a great experience because even the furthest campsites weren’t located too far from the festival entrance. If you’re camping at this festival, I would highly recommended to bring multiple forms of shade, extra water, and maybe even some electronic fans. Texas is HOT. If you’re a native Texan, you already knew that. If you’re from Florida (like me) then you were in for a grand surprise. It was 94 degrees by 9am, and by 12pm, 104 degrees. But they don’t call it Float Fest for nothing! To escape the heat, we packed up our cooler and grabbed a bus to float down the river. 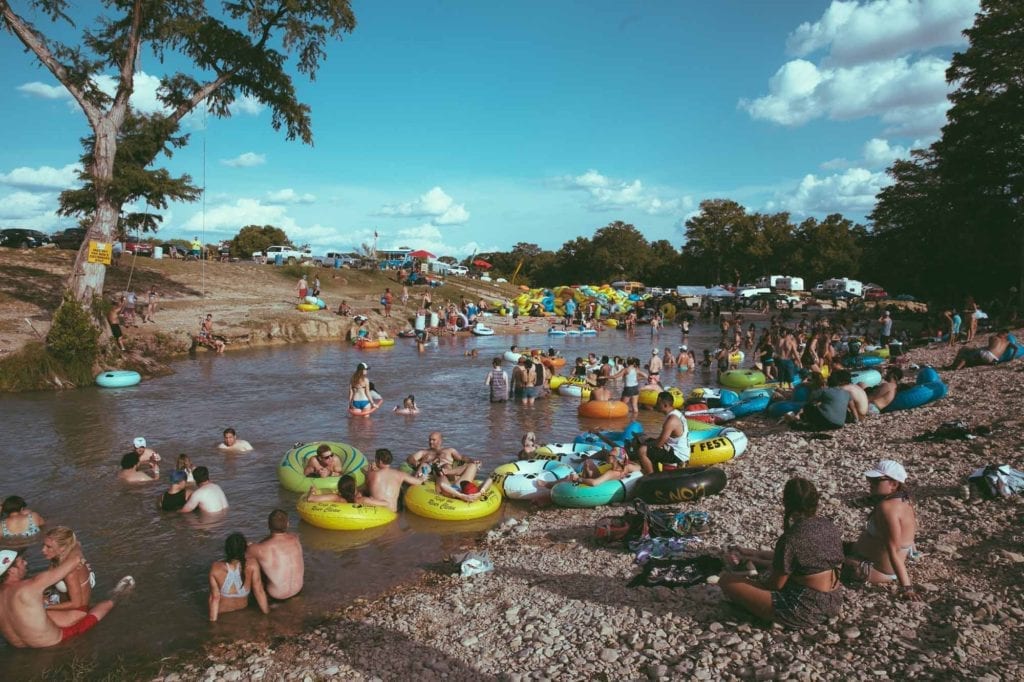 The process of getting to the river is real simple. Float Fest had organized an efficient platoon of buses to transport festival goers to Don’s Fish Camp – The Best Float in Texas! We grabbed some tubes (included in our wristband purchase) and embarked on an epic float down the San Marcos river with hundreds of other hot festival patrons ready to party and have a good time! The beauty of this river was pristine. The river water was clear, cool, and refreshing. Along the way we encountered an array of wildlife including fish, turtles, and birds of prey. The trees lining this river were ancient, with twisting and gnarling roots that sunk deep into the river, and trunks that easily housed the knowledge of a thousand years. I wouldn’t be surprised if some of the trees WERE a thousand years old! We also encountered rope swings, deep pockets to swim, and rapids that could toss and turn you over! Factor in all the wonderful people around you blasting their music and having a good time, the float down the river truly sets apart Float Fest from all other festivals! 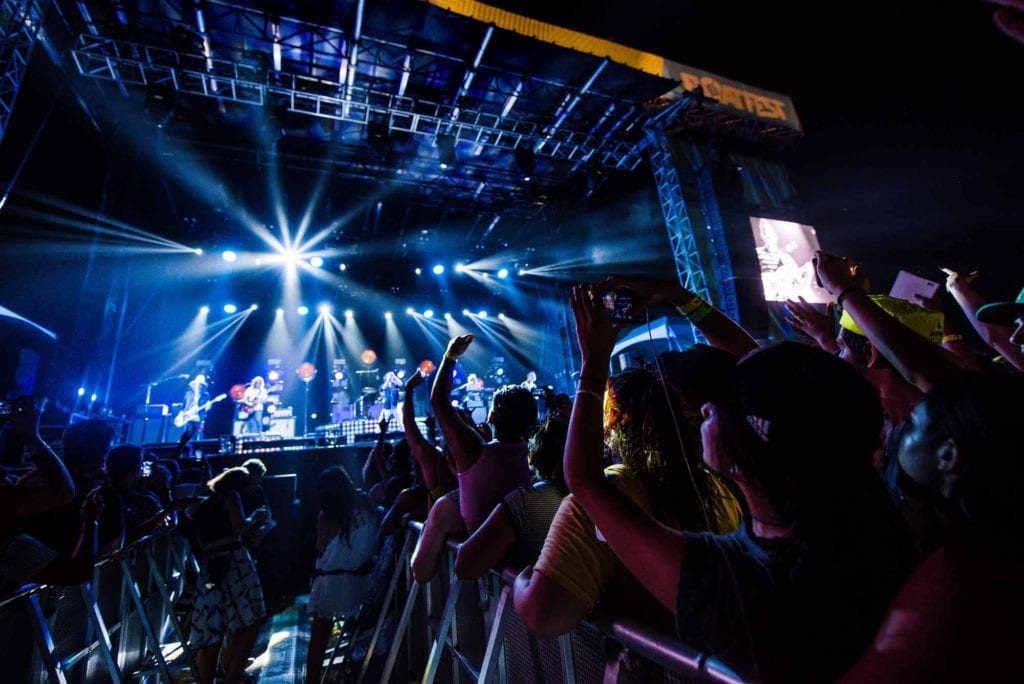 The festival grounds were simple but effective. There were two main stages facing one another across a large field, with each stage alternating music acts. There were carnival rides, interactive art exhibits, vendors, and TONS of delicious food vendors. In fact, out of all the festivals I’ve attended this year, this venue probably had the most diverse and delicious array of vendors yet! I spent two days pouring over delicious Asian fusion, tex mex, BBQ, fruit waters, and various frozen treats. 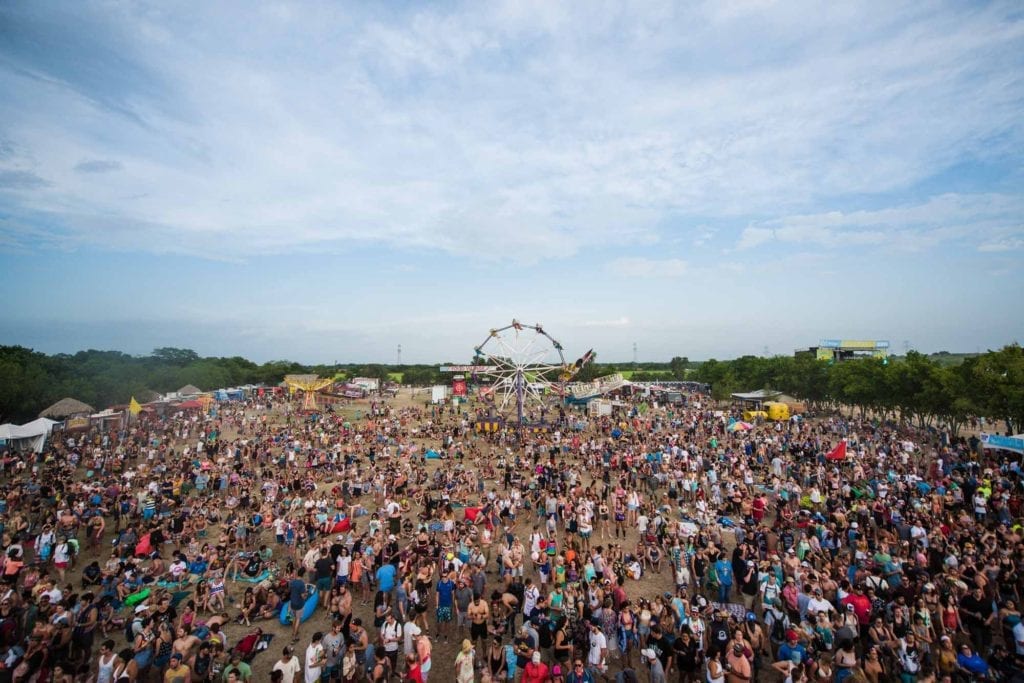 Over the course of two days, we caught legendary headlining acts such as Lil Wayne, Snoop Dogg, Modest Mouse, Cold War Kids, Tame Impala, and Bassnectar. We happened to walk into the grounds just as Modest Mouse played their signature hit “Float On” which was both ironic and picturesque. By the time the sun set, the Texas heat subsided into a warm lull that defines the comfort of Southern nights. With the heat out of the way, life was brought back into the crowd, and the party continued on late into the night. I particularly enjoyed Bassnectar’s set, which departed from his typical dubstep and electronica for an epic bass and trap set, which the crowd (many who were unfamiliar with EDM) went WILD for. By the end of our night, we were so wiped from floating all day and raging all evening that we went back to our camp and passed out, entirely content with our adventures during the festival. 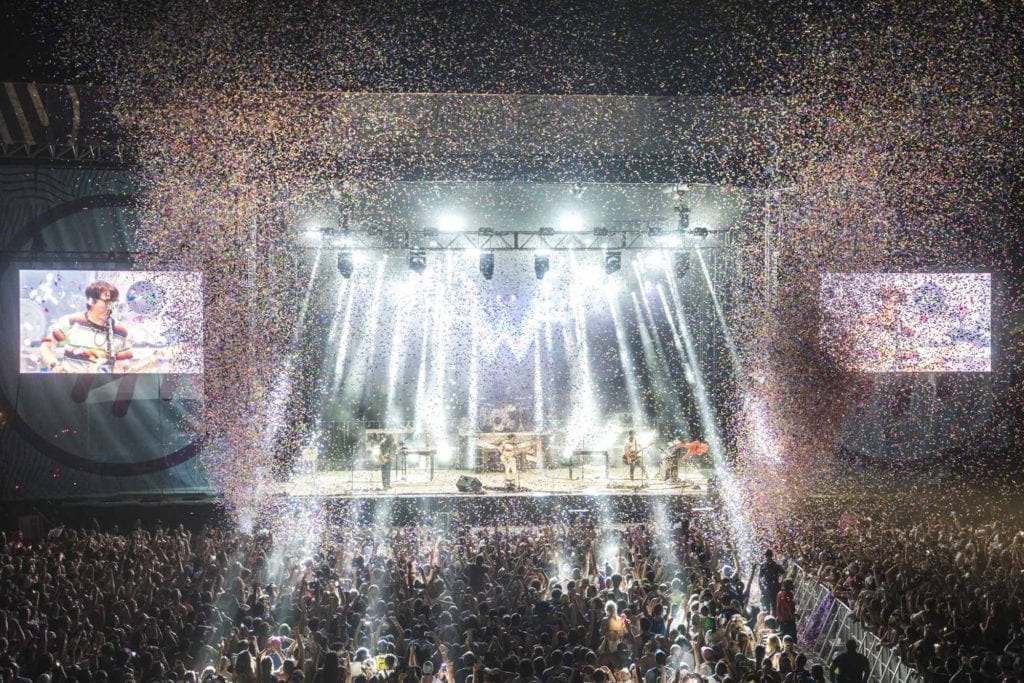 Float Fest is a hidden gem among music festivals. With it’s unique river float, delicious food vendors, and – of course – EPIC music lineups, this is one festival to add to your list. The Festival Voice thoroughly enjoyed our time at Float Fest, and hopes to make their way back to Texas as soon as they can!