Ready for the heat? Future Primitive has been at the heart of some of LA’s most unique and exciting underground dance music events over the last few years. Seriously, they’ve got some crazy events including Paradise in the Park coming up! They have brought some of the world’s most exciting individual talents and collectives to some of LA’s most unique places and spaces.

Now, they are announcing the return of DJ Tennis. This icon will play Chinatown’s iconic Gin Ling Way, with one of the world’s most beloved DJs, Gerd Janson. He’s the founder of the tastemaking Running Back label. You’d be hard pressed to beat the pairing of these eclectic selectors for a Sunset session. This is going to be one hell of an event! 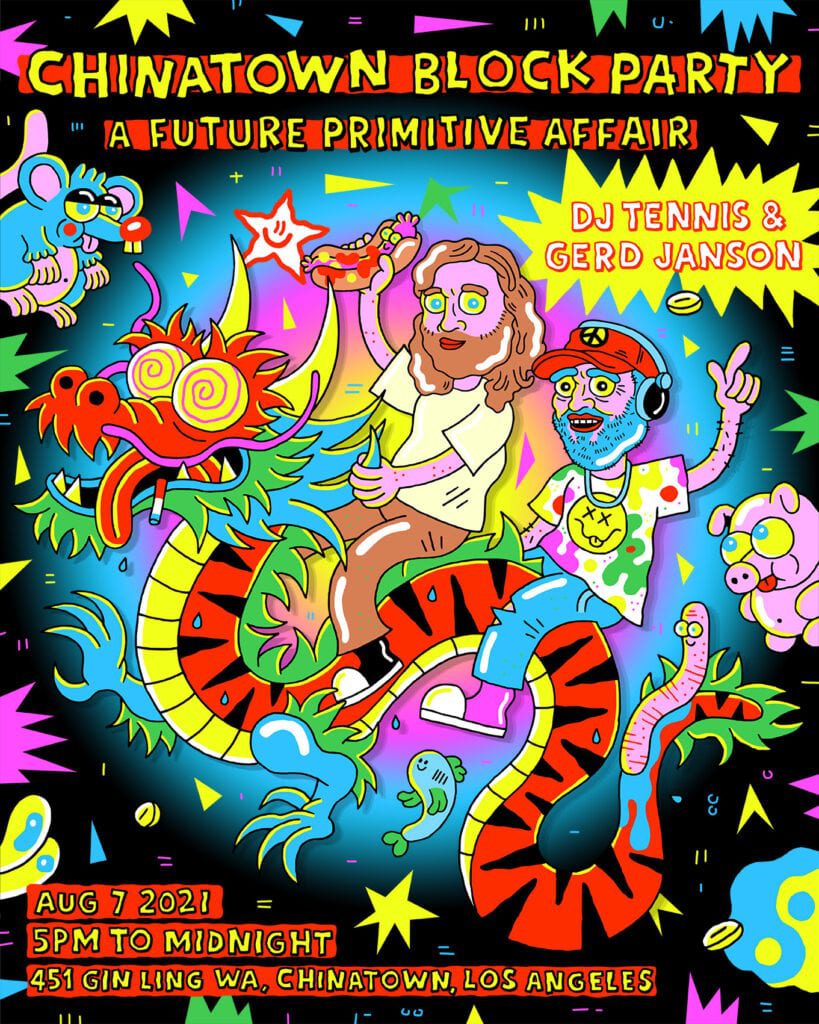 DJ Tennis has emerged as a global force in the last couple of years, which comes as no surprise to those who have been following the Italian’s career and his Life and Death imprint. He’s had some insane tracks come out recently. Tennis is a man of exquisite musical taste, and the brief for his now annual LA party is simple, choose whomever you most want to play with in the world. He’s DJ’d alongside Dixon, and in 2019 brought Acid Pauli for a rare LA performance. Who better than the charming Gerd Janson for number three? Sounds like a party to me!

Future Primitive is based in LA. The team creates events and experiences with some of the world’s most exciting electronic music talent. Future Primitive has created events with Innervisions, Guy Gerber’s Rumors, DJ Tennis, Jamie Jones’ Paradise, Lee Burridge’s All Day I Dream, and many more.

Future Primitive recently announced it will be presenting Jamie Jones Paradise In The Park in Downtown LA’s Pershing Square on August 21.