We’ve been hearing the name GATTÜSO a lot lately! This time, he teams up with dance music icon Laidback Luke and pop artist/songwriter Sarah Reeves for the summertime smash “Heart On My Sleeve” – out now on Ultra Music.
The explosive electro song has everything fans want in an anthemic dance hit. The soaring vocals are just gorgeous. In addition, the track has a powerful build-up, and a cascading and energetic drop. WHEW. Seriously, this is a great track! GATTÜSO and Laidback Luke showcase their penchant for progressive house in this collaboration. The duo combines elements of each producer’s signature sound to create the perfect heat-seeking tune. Sarah Reeves drops a lyrical exclamation point over the instrumental with her striking vocal delivery that commands attention. Gorgeous vocals you won’t be able to get enough of! 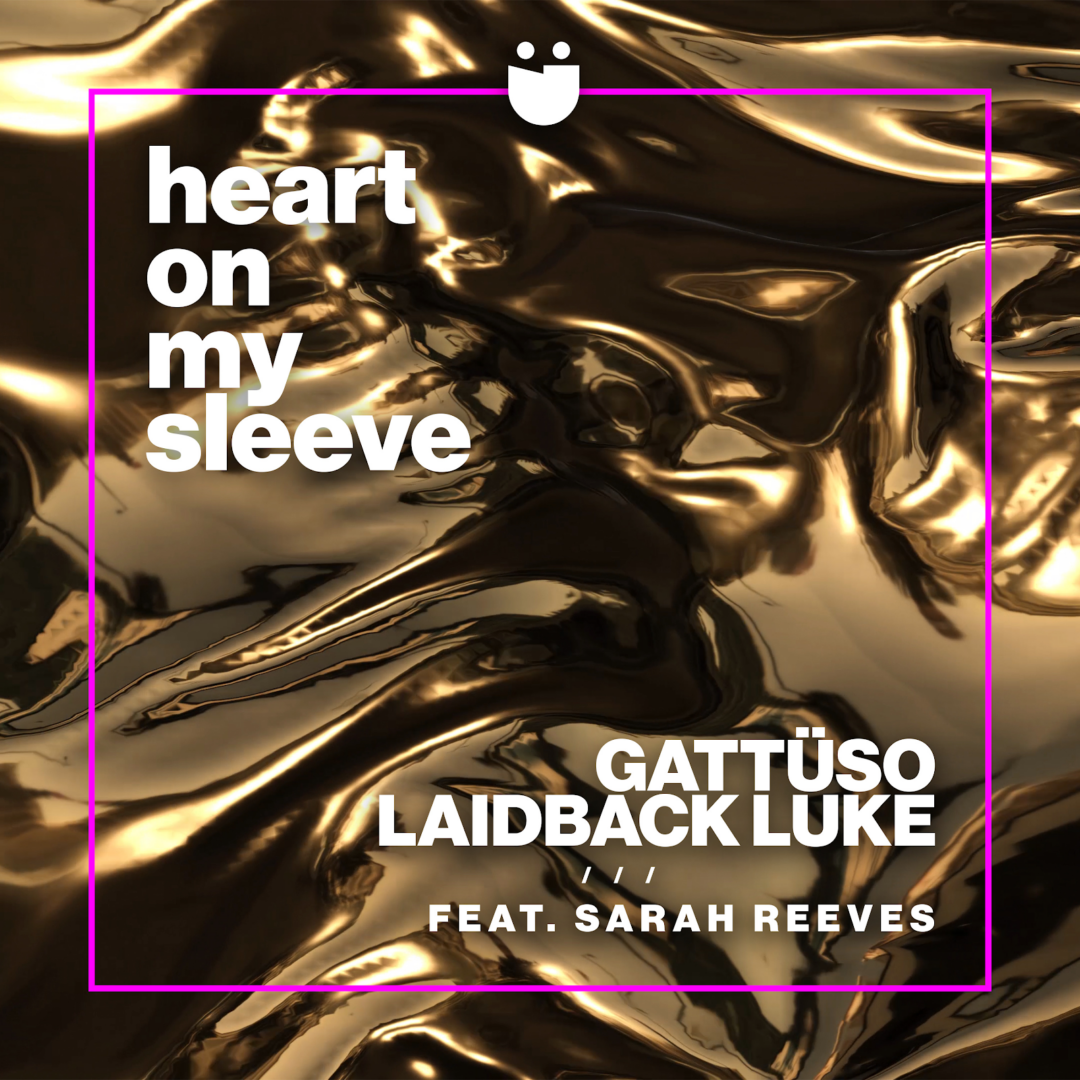 The Thoughts on Heart On My Sleeve

“Luke is one of the best DJs/producers in the world and it’s wonderful to work with him on this project. We both live in the same area and have a very natural working relationship so it was really easy to collaborate on this song. I’m really excited because this is the first of two tracks we are working on together this year – stay tuned!,” GATTÜSO says

“GATTÜSO has been making moves and has caught my eye making that sound that reminds me of old Alesso work meets Swedish House Mafia. I reached out to him if he would ever be interested in a collaboration. Luckily he was! He had this sketch laying around of ‘Heart On My Sleeve’ and I loved it! We worked on it back and forth and we are so excited it’s here!”, Luke adds.

“I’m so thrilled to be featured on Gattuso and Laidback Luke’s release of “Heart on my Sleeve”! This song has been a special one to me for a while and I’m excited for the world to hear it!”, Reeves comments.

Heart On My Sleeve is out now on Ultra Music. You won’t want to miss this track! 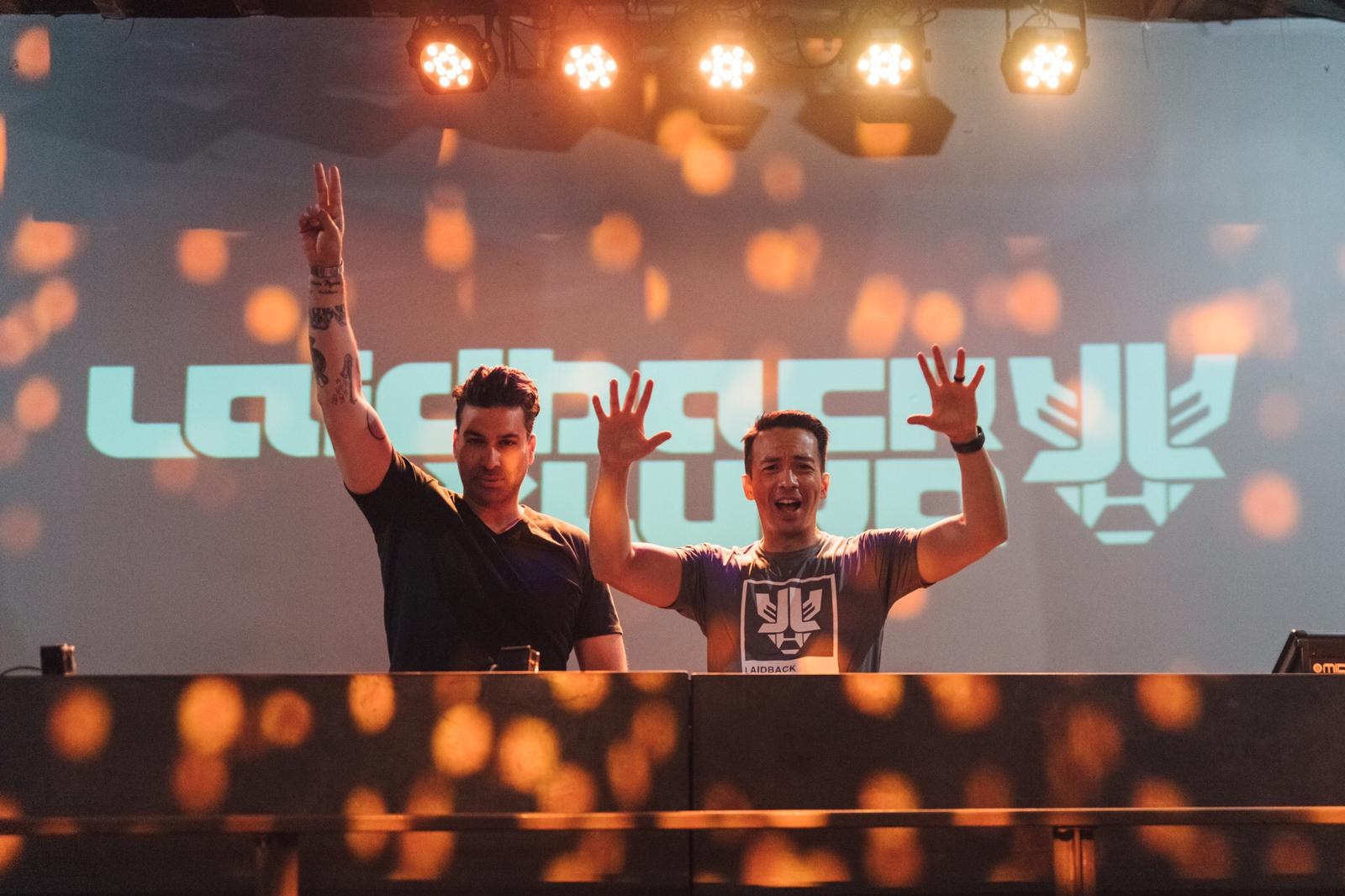 Earlier this year, New York City-based DJ, producer and remixer GATTÜSO (AKA Reem Taoz),  inked a brand new label deal with Ultra Music. We’ve been hearing a ton from him in the meantime! The first single from the impressive deal was “Walk On Water,” featuring Kat Nestel. I personally loved this track! Next, GATTÜSO and R3HAB teamed up for “Creep”. This iconic track is a cover of one of Radiohead’s most well-known tracks. It was redone with a vocal big-room house vibe, marking the first-ever recording for Spotify’s inaugural “mint Singles” program, a companion to its flagship dance playlist, mint, and a spin-off of the popular “Spotify Singles” series. The series helped propel the track into an international success.
He followed that up with “Life” (a fresh take on the 1999 single written by hit-making singer, Des’ree) which was featured in an episode of the beloved Netflix series “Sex Education Season 2” and skyrocketed to #32 on the Shazam Top 100 globally. This international collaboration is produced in tandem with the Danish duo of multi-award winning composer for film, TV, and advertising, Sorenious Bonk and singer Signe Mansdotter. The Festival Voice has been keeping up on him for awhile and we see no signs of stopping now!

Laidback Luke is a truly world-class DJ and producer. And who knew? He’s also a gold medal-winning Kung Fu athlete! In addition to this, he is also a family guy. Finally, in regard to his career, Laidback Luke is the CEO of Mixmash Records, a public speaker, and VLOG enthusiast. Talk about a busy man! Laidback Luke is enjoying a hugely varied and
consistently noteworthy career. For example, his origins in the house and techno underground brought him to his current more eclectic style. Laidback Luke has always been a leading light in the music of present-day as well as the future. His A&R scouting skills have served up an impressive array of big hitters on their way up. For instance, this includes the late Avicii, A-Trak, Bingo Players, Knife Party, Afrojack, and Steve Angello to name just a few.
Being a firm believer in ‘real djing’, Luke is a mainstay at festivals like Ultra Miami, Tomorrowland, EDC Las Vegas, and more. Through iconic collaborations such as “Show Me Love” (w/ Steve Angello feat. Robin S), “Leave The World Behind” and “Get Dumb” (w/ Swedish House Mafia’s Axwell, Ingrosso, and Angello), “Turbulence” (w/ Steve Aoki feat. Lil Jon), “Hey” (w/ Diplo), and recent releases like “It’s Time” (w/ Steve Aoki) and “Milkshake” (w/ Ale Mora & Shermanology), Luke is always on top of the industry’s latest musical developments and will contain to play a vital part in it for years to come.

Pop artist and songwriter Sarah Reeves signed her first record deal at age 18. She’s been active for more than a decade. In addition to pursuing her own artistry, she has dedicated a vast portion of her career to writing songs for other artists and TV and film. Her music has appeared in recent promos for “American Idol” and UFC, and on television series across major networks like ABC, NBC, CBS, FOX, and Netflix, among others. Reeves has also been featured on tracks by high-profile DJs, including Gattüso, Laidback Luke, and Justice Skolnik. Having amassed more than 38.7 million career on-demand streams, the Curb | Word Entertainment artist has garnered 20.4 million Pandora lifetime streams and over 32 million YouTube views to date. Recent vulnerable tracks, “Anxious,” “Don’t Feel Like Fighting,” and “Heart First,” preview her next studio album, slated for Fall 2020.
Out now on Ultra Music
Support on all platforms HERE
Listen on Soundcloud HERE 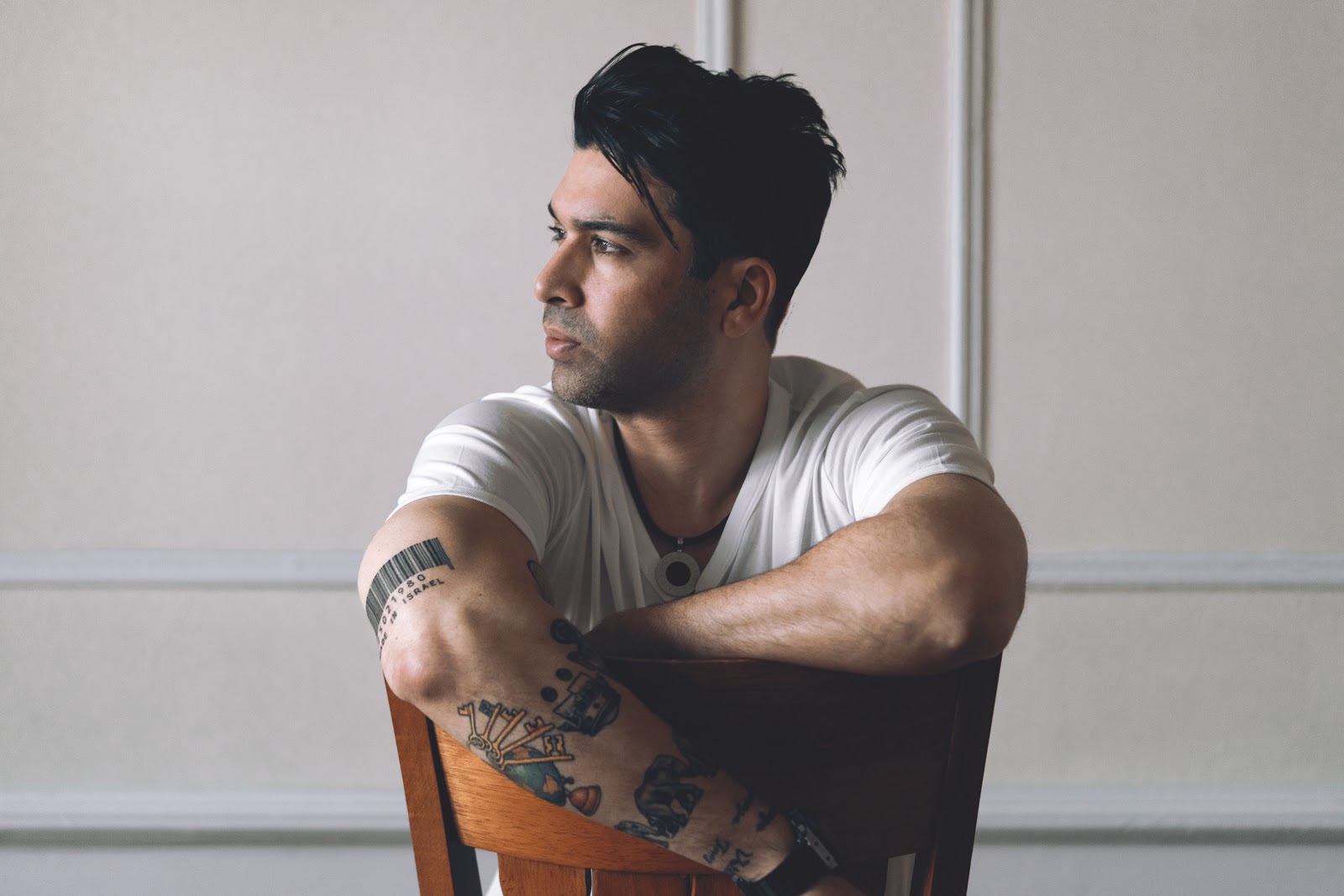 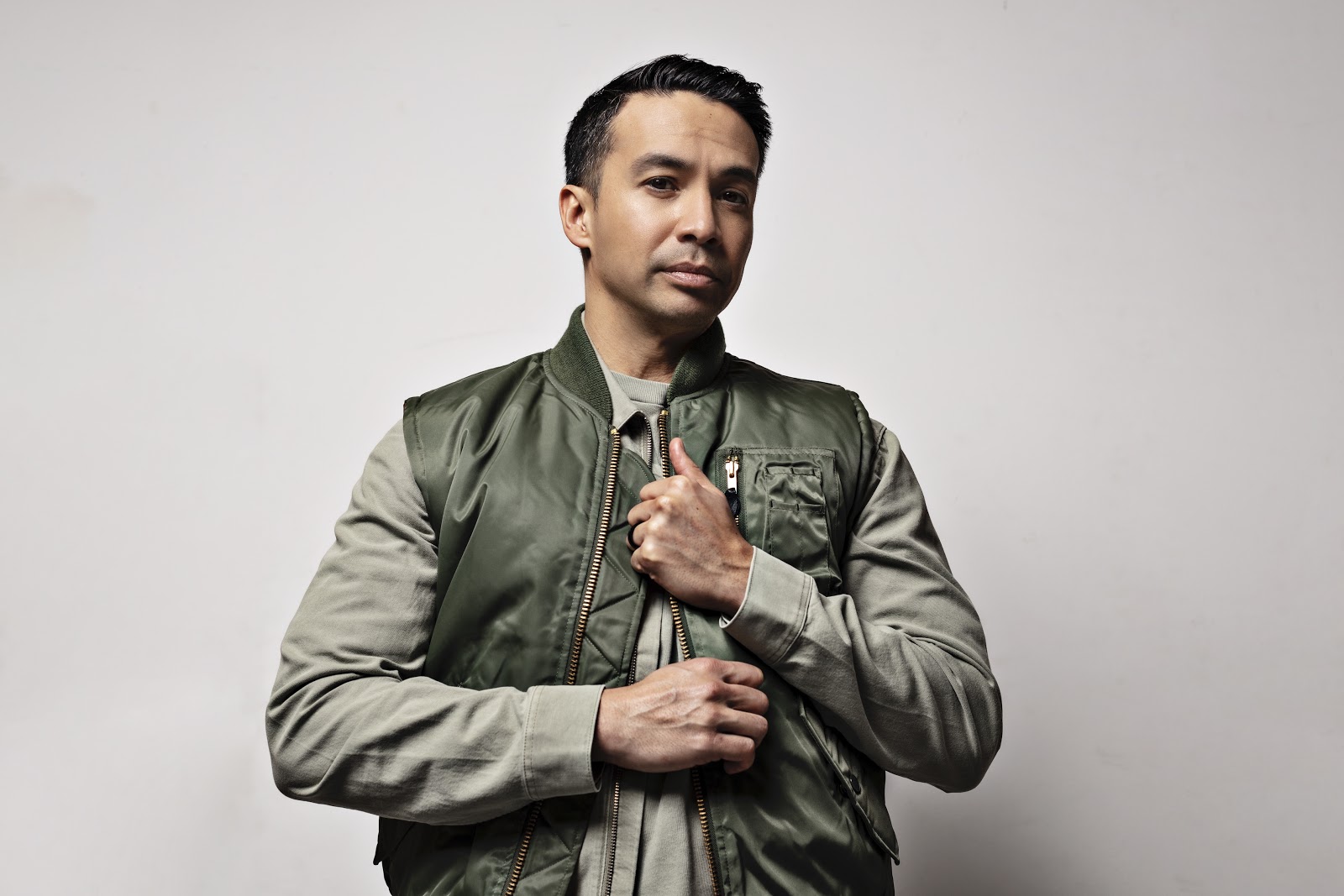