Above & Beyond release acoustic version of ‘Sahara Love’

Get ready to get your Sahara Lovin’ on! Above and Beyond has done it again! This is the latest single to be taken from their forthcoming ‘Acoustic III’ album due for release in summer 2020. Finally, Above & Beyond, Zoë Johnston and long-time collaborator, producer Bob Bradley, today share a reimagined take on ‘Sahara Love’. 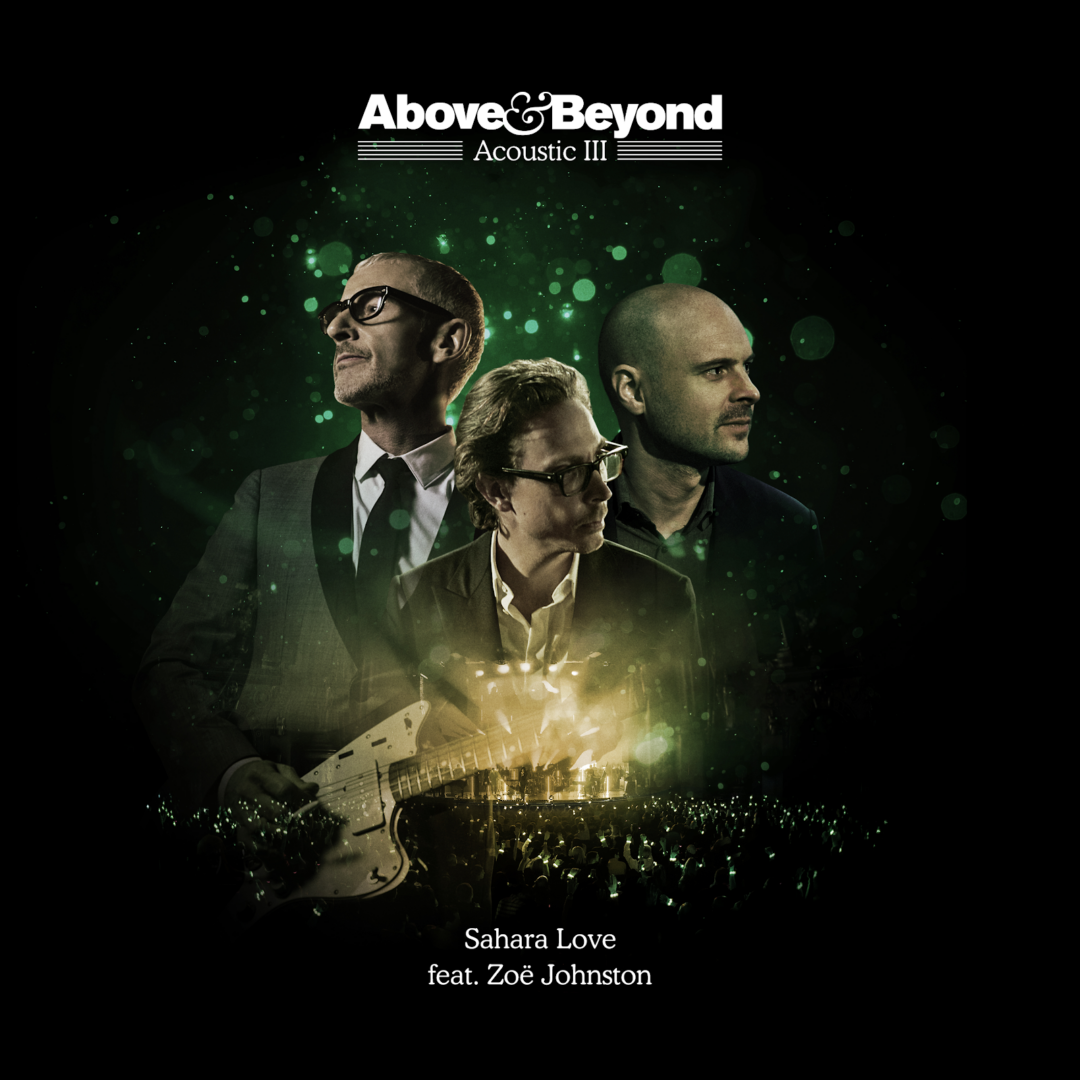 The track revisits an indie-leaning highlight from Above & Beyond’s 2018 Billboard top three album, ‘Common Ground’. ‘Sahara Love’ has always had a live band’s spirit, even within the original electronic production. The acoustic arrangement champions this further, heavily influenced by the soulful sounds of the 60s.
Watch the official video, recorded at Alexandra Palace Theatre in London, on YouTube HERE.
You can also watch the bands live performance of ‘Flying By Candlelight’ featuring Marty Longstaff HERE.
Above & Beyond’s Acoustic III album is available to pre-order now from the Anjuna Music Store: HERE. Grab that record now!