Listen to ‘I Don’t Wanna Lose You’ HERE

GIRLS OF THE INTERNET – ‘I DON’T WANNA LOSE YOU’ 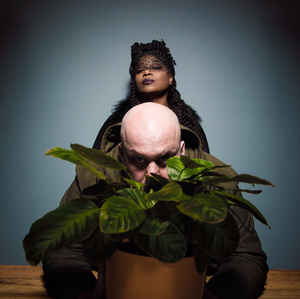 Girls Of The Internet have been excelling over the last couple of years, with their future facing house and soul music. Now, coming into 2020 they’ve released ‘I Don’t Wanna Lose You’ ft. Olivia Louise, the first dropped single from their upcoming second album ‘Girls FM’ out on their own Drab Queen imprint. The new album follows the Girls Of The Internet signature sound and individuality, with the singles artwork featuring a newly painted piece for all nine classics by Girls Of The Internet’s writer and producer, Tom Kerridge.

“The new album as a whole, pushes the role of Girls of the Internet ‘the band’ even further than we did with “SYRUP”. I have grown up around sampled music, and I love it dearly, but how much longer can we keep pinching loops from 70’s soul and disco records? We play every rhodes piano, every bass guitar, we write our own songs. I want to see house music moving into the future, and that seems difficult if we’re still sampling the same records they did in the 90’s.”
– Girls Of The Internet

In 2019 Girls Of The Internet released their debut album, ‘SYRUP’,  which had monumental success. After being included in BBC Radio 6’s ‘Albums Of The Year’ List, media continued to support them with highly regarded broadcasters such as Gilles Peterson, Mary Anne Hobbs, Tom Ravenscroft, Mista Jam, Nemone, Lauren Laverne and Toddla T. Girls Of The Internet have performed at iconic venues around Europe and have received some incredible stamps of approval from the likes of The Black Madonna, Basement Jaxx, Claptone, Axel Boman, Nightmares On Wax, Joe Goddard, Motor City Drum Ensemble, Saoirse, Mark Broom and Horse Meat Disco.

After getting incredible offers from many record labels, Girls Of The Internet decided to keep hold onto their independence and join the list of successful artists who are taking the music industry in their own hands. 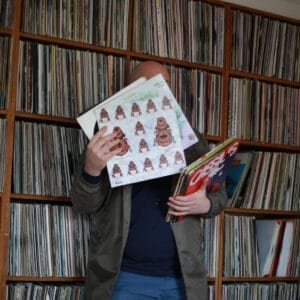 “I was very keen to work with Olivia again – she delivered the standout cut on our debut, and aside from “When U Go”, it’s the track we get most attention from. Our mix of techno/disco with her breathy R&B is so interesting to me, and a concept we are continuing through “Girls FM”.”
– Girls Of The Internet

‘I Don’t Wanna Lose You’ is only the beginning. You can see the band take the conventions of disco and house and soar it into the future. Featuring vocalist Olivia Louise, who appeared on one of the standout tracks from 2019’s, ‘SYRUP’; Olivia shows up with her signature smooth RnB vocals over Girls’ disco bass, saturated analogue chords and thumping drum machines. Girls Of The Internet deliberately blur the lines between electronic and live music. In a world of sampling others, Girls proudly create their own sounds.

Girls Of The Internet ‘I Don’t Wanna Lose You’ ft. Olivia Louse is available now via Drab Queen.

Girls Of The Internet