Music And A Swim?

One of the ways to stay cool during what was definitely the hottest Hard Summer I’ve attended so far was to take a dip in the pool of the VIP area by the Hard stage. I did not make use of the pool due to my lack of proper swimwear but it was an option; my only question was, how did it not get covered in dirt from the blowing winds at the venue? 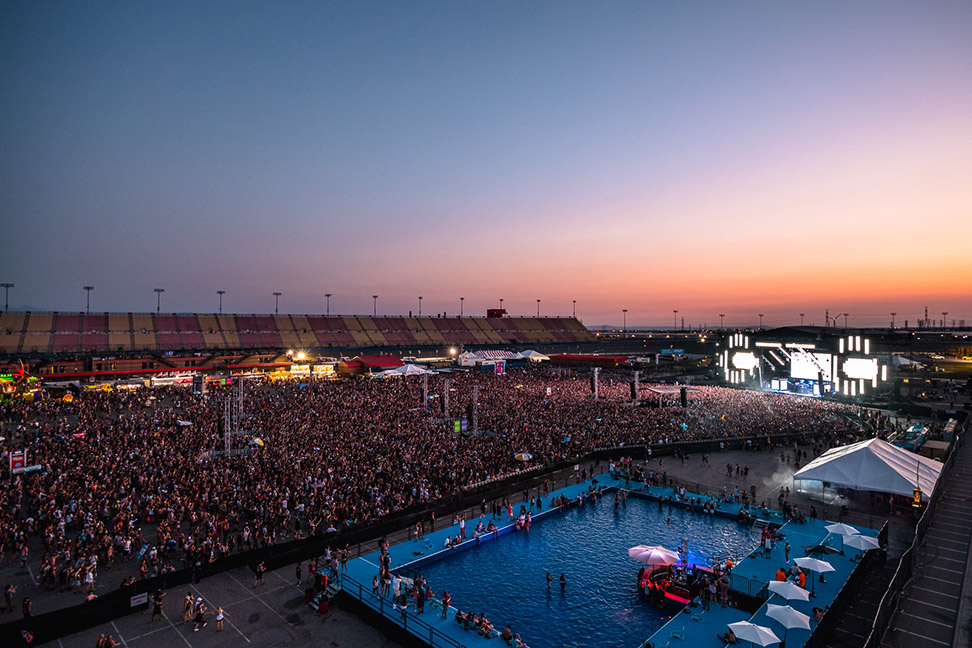 Most would use an umbrella for the rain and although sunblock is suggested for sunny day festivals, especially in California, for some attendees the heat exposure can cause not only sunburns but heat exhaustion as well. One useful trick was using a small umbrella to block the sun, which could also serve as a totem while navigating the crowds since not many had umbrellas. 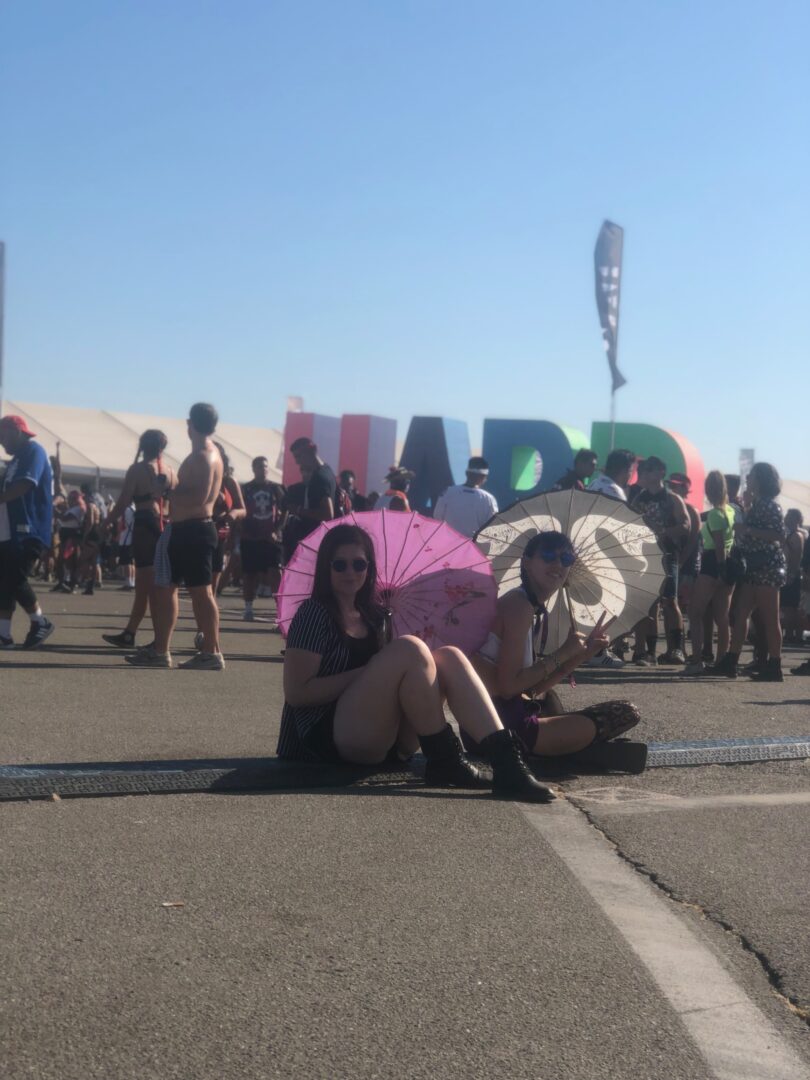 Shade Is Your Friend!

Extra thought was put into this year’s Hard Summer thanks to the added help of the Insomniac staff, who provided free filtered water refill stations, while their trademark Ground Control members who walk around the event and assist those in need of help at any point. 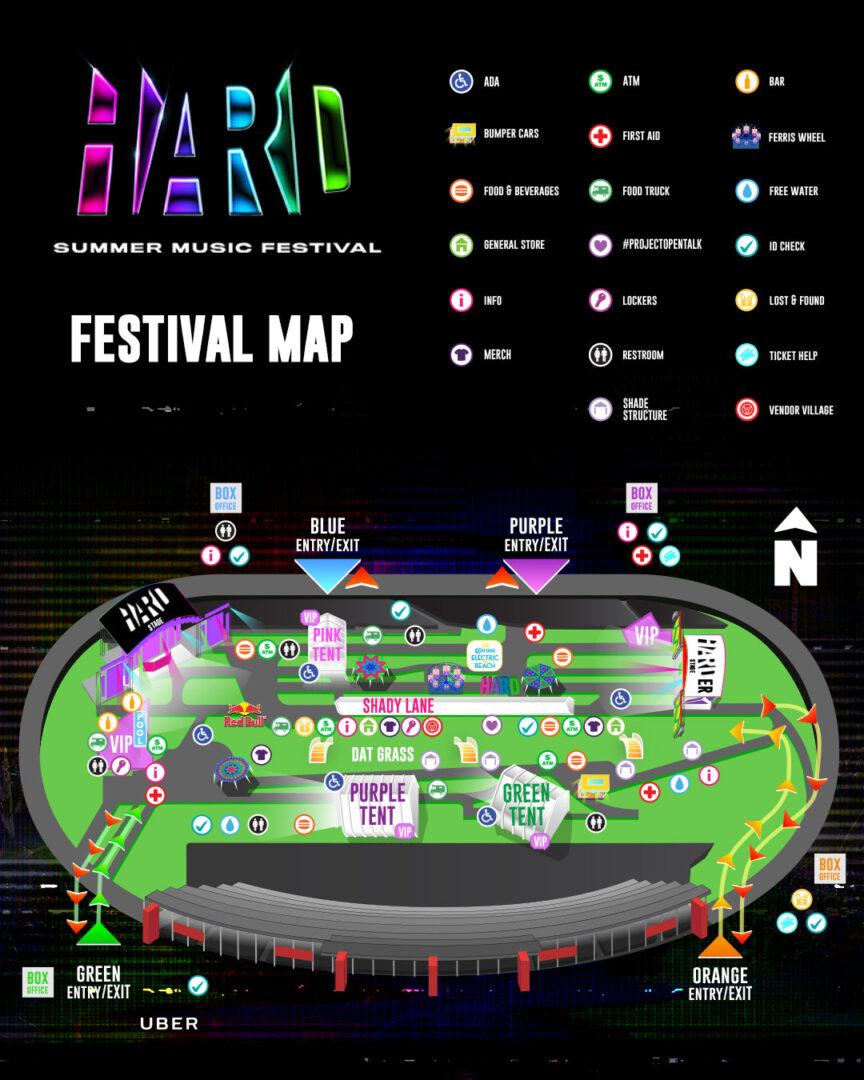 The best way to navigate from stage to stage was through “Shady Lane”, a tented area that also had misters to help those who needed to cool down from the heat. The placement of Shady Lane ran along the vendor village so you were able to window shop or actually shop while also cooling your body temperature with the shade and mist. 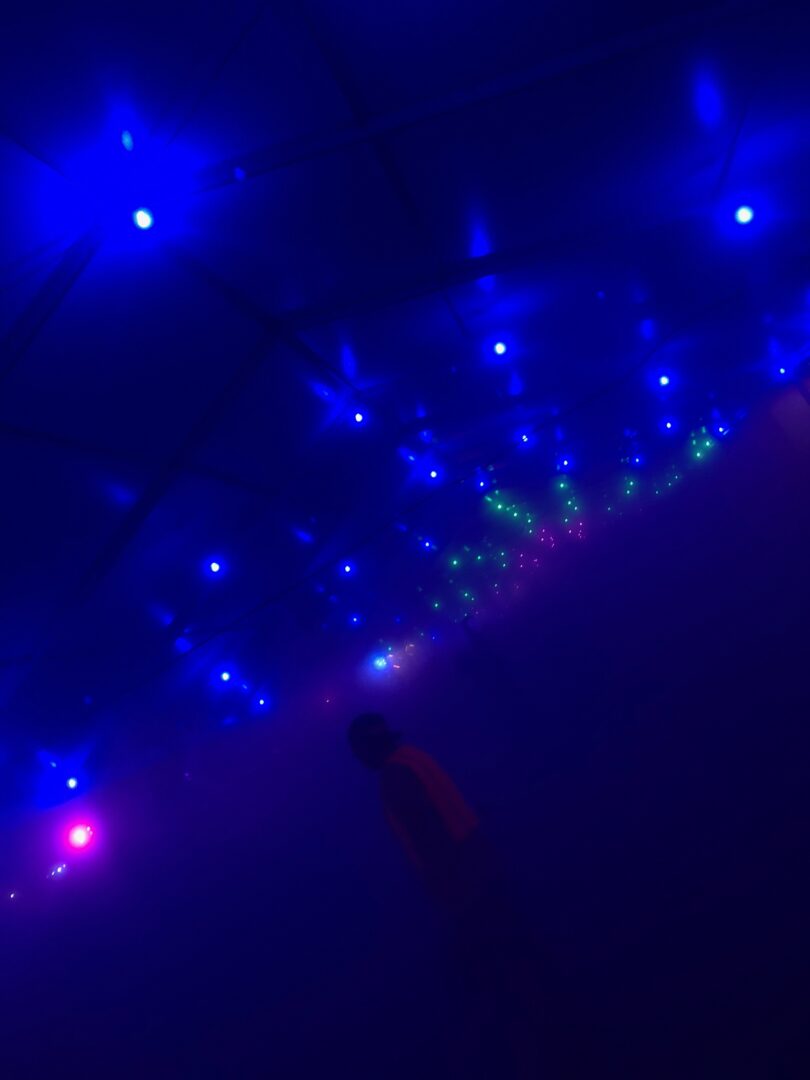 One of the benefits of getting to an event early is the opportunity to snag the perfect photos with your outfit for the evening while it’s still bright out. You don’t have to be a professional photographer to take great photos since there are plenty of great background pieces that will make your picture “Instagram-worthy”. Insomniac Events also has their own video and photography crew to capture moments throughout the night, some of them later posted on the website. 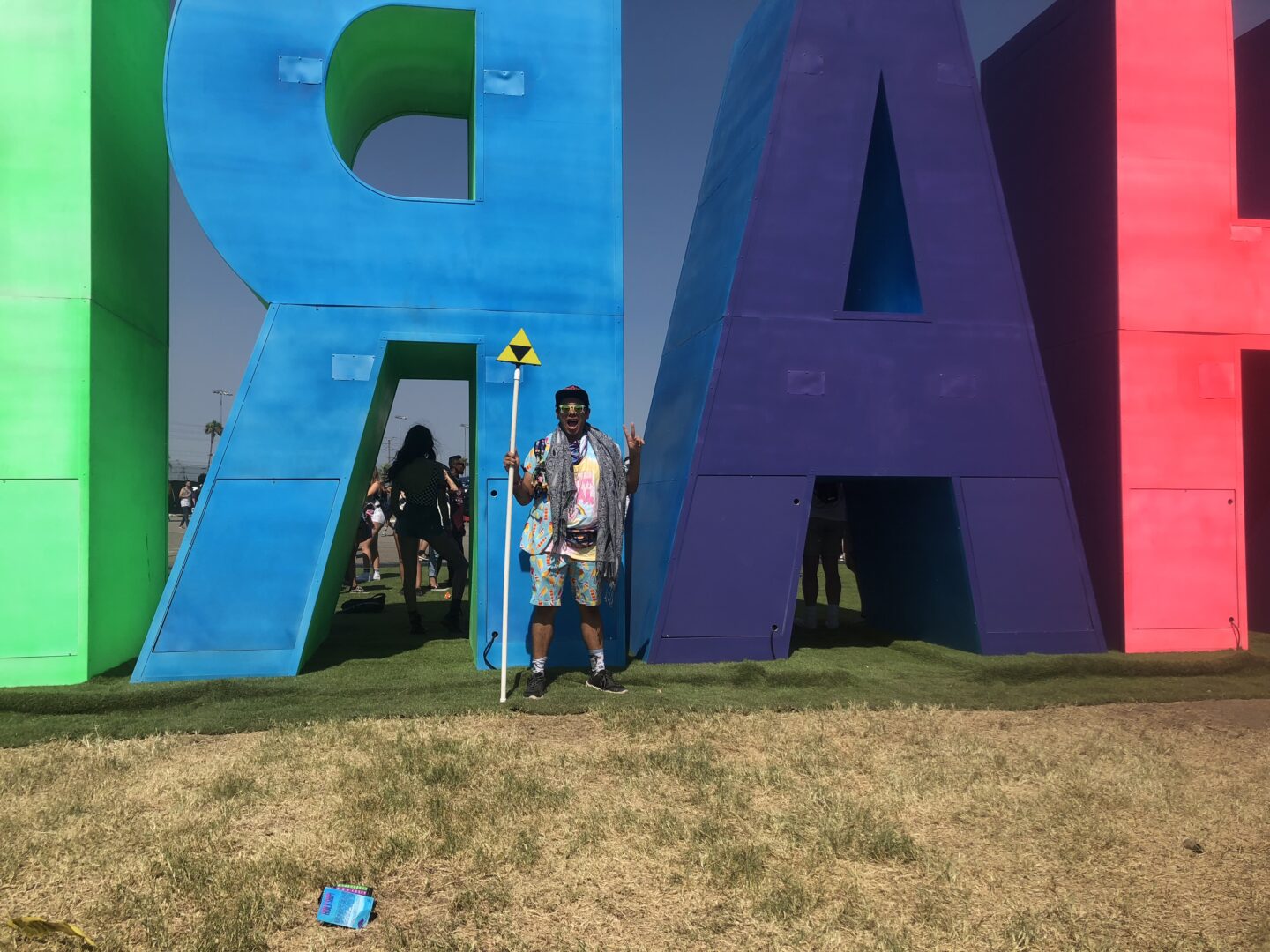 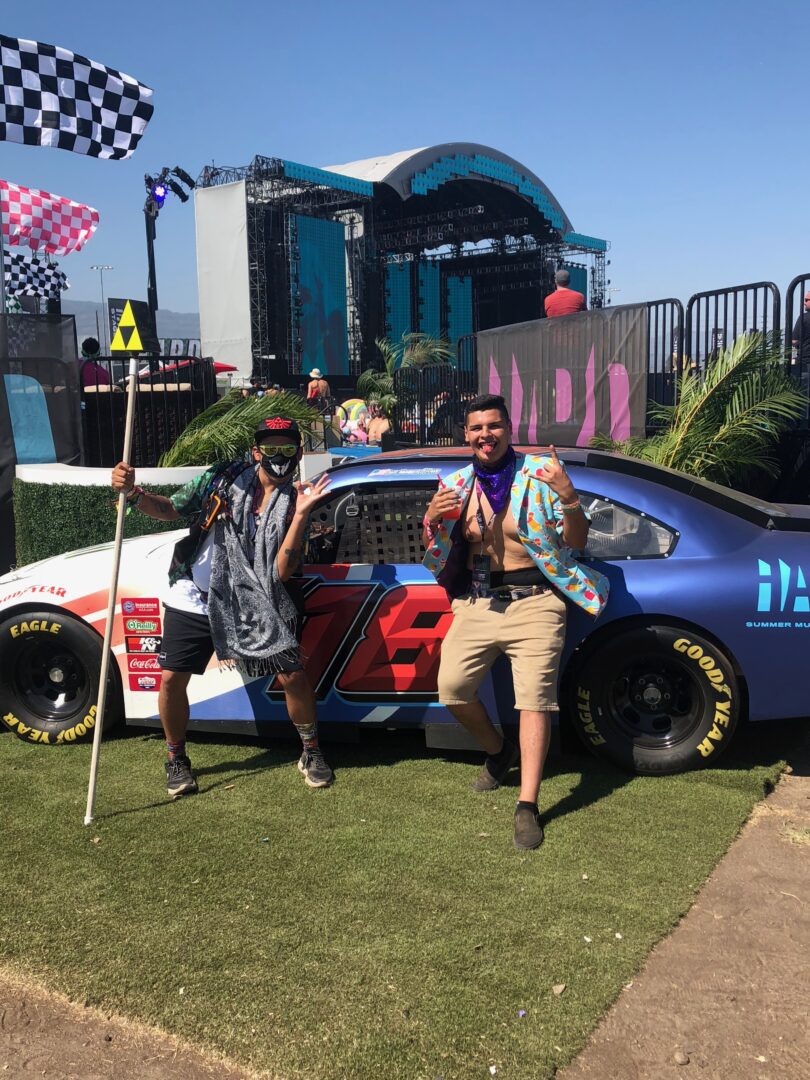 One of the photo spots also served as a ride. Yes, this year Hard Summer provided a ferris wheel at no extra cost for both days! 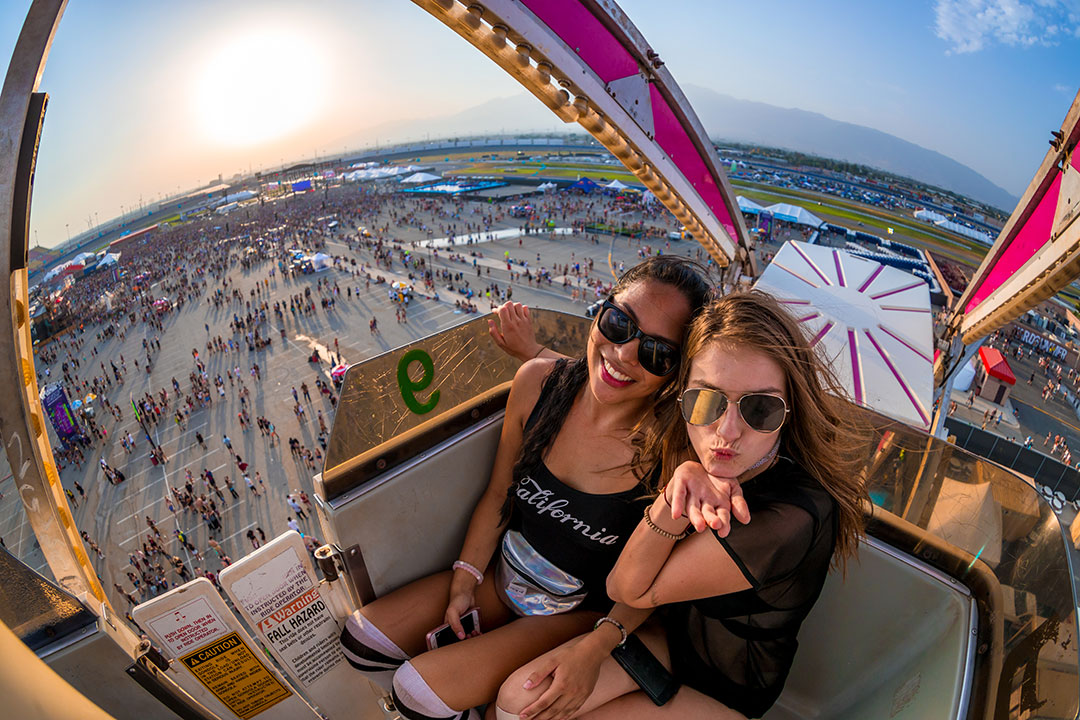 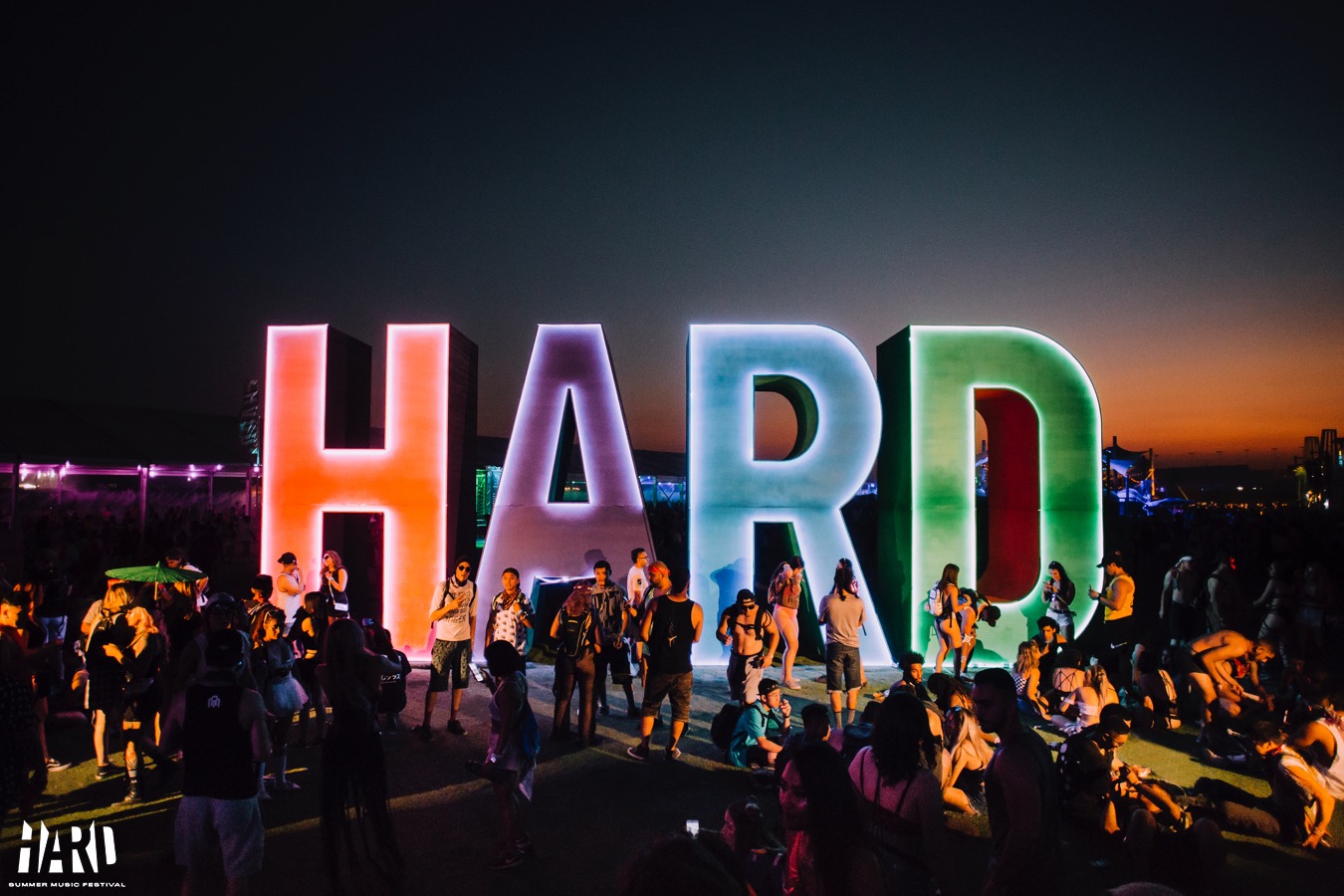 Although my friends are the highlight of every event I’m lucky enough to attend, the lineup for this year’s Hard Summer had plenty of names that caught my attention immediately and were quickly added on my mobile app schedule for easy planning. The majority of my friends are there for the EDM artists specifically, but I was excited to see Lil Skies, a rapper I enjoy immensely, and I even took the time to check out Jaden Smith out of pure curiosity and even he had a good performance full of energy and passion. 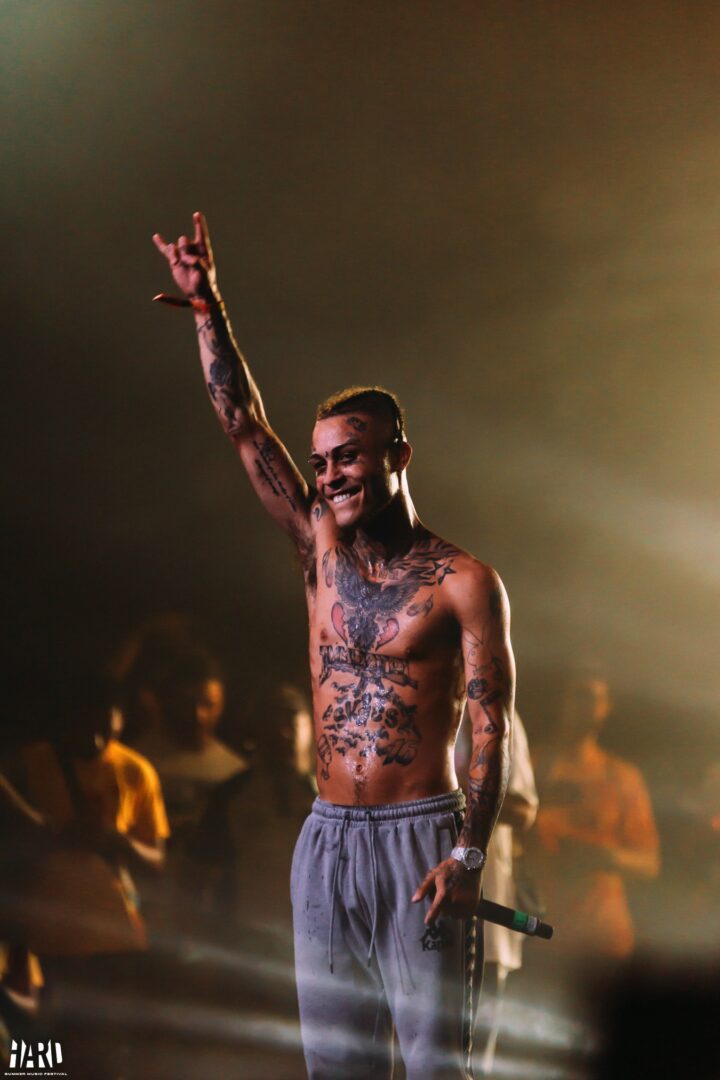 Other impressive performances included Ghastly, as well as a special collaboration between Kill The Noise and Snails known as “Kill The Snails” that closed out night 2, and a performance by Porter Robinson as “Virtual Self“. All were well worth the heat and dust for such epic visuals and stage energy by some of the best performers as well as some up and coming new artists. 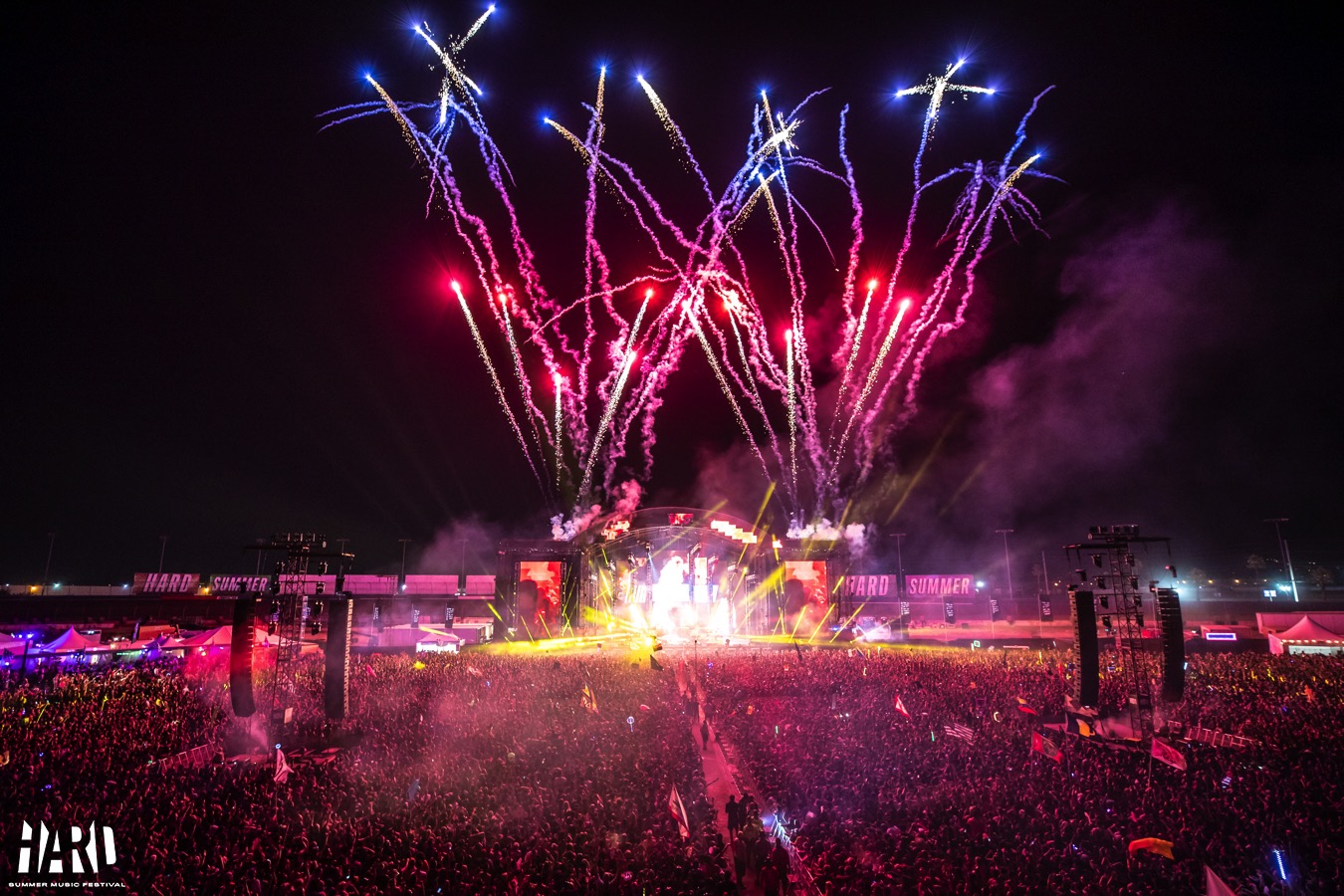 Now that Hard Summer is over and September is around the corner, Nocturnal Wonderland will be the next Insomniac Event I travel to and the best part is that my rave family and I are all camping! You don’t want to miss out on a great lineup and experience, it’s worth the effort to attend! Tickets are still available.