The longest-running electronic music festival in the USA, Nocturnal Wonderland, was announced for its much-awaited 23rd edition back in May. Less than a month later, Insomniac Events released the line-up. With less than a month to go until we all meet up in Wonderland again, here are all the details you need to know about this spectacular nighttime festival. 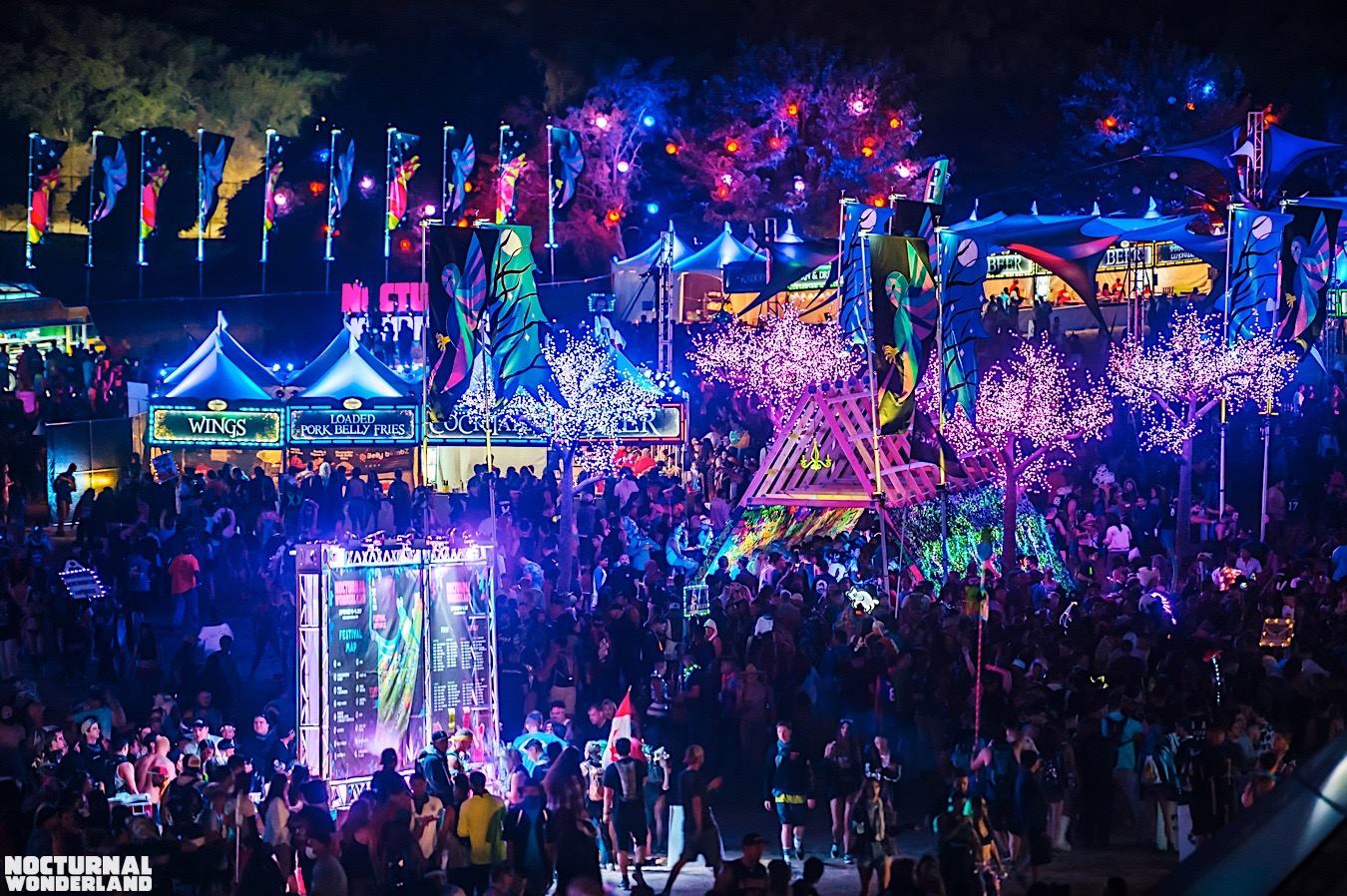 Just like the last edition, the event will take place on September 14th and 15th at the gorgeous Glen Helen Regional Park (previously named San Manuel Amphitheater) in sunny San Bernardino, California. Nocturnal Wonderland was moved to this location for the first time back in 2013, and it’s been the event’s home ever since. 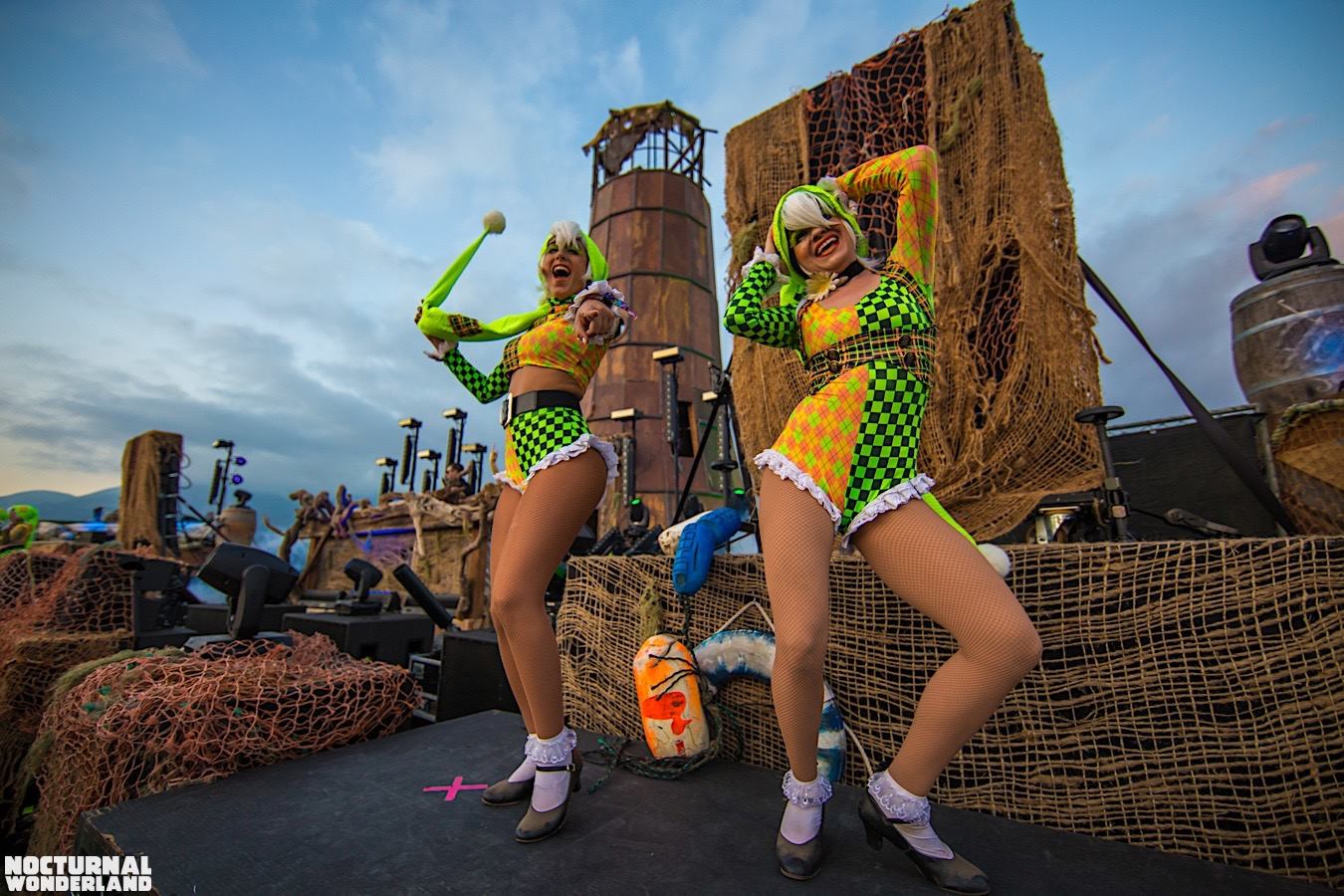 This is one of the very few EDM massives in Southern California that actually provides campgrounds on the grass, instead of on concrete. It might seem like a small detail, but being able to walk around barefoot on real grass early in the morning as you prepare your breakfast is a wonderful feeling. There’s even a lake that you can sit by while hanging out with your buddies. One of our favorite parts about Nocturnal Wonderland is always the camping: you just get to immerse yourself fully in the festivities without having to worry about sitting in traffic on the way home after the event. And with plenty of daytime activities like tie-dye sessions, open decks and yoga lessons, there’s just no way you’ll get bored. 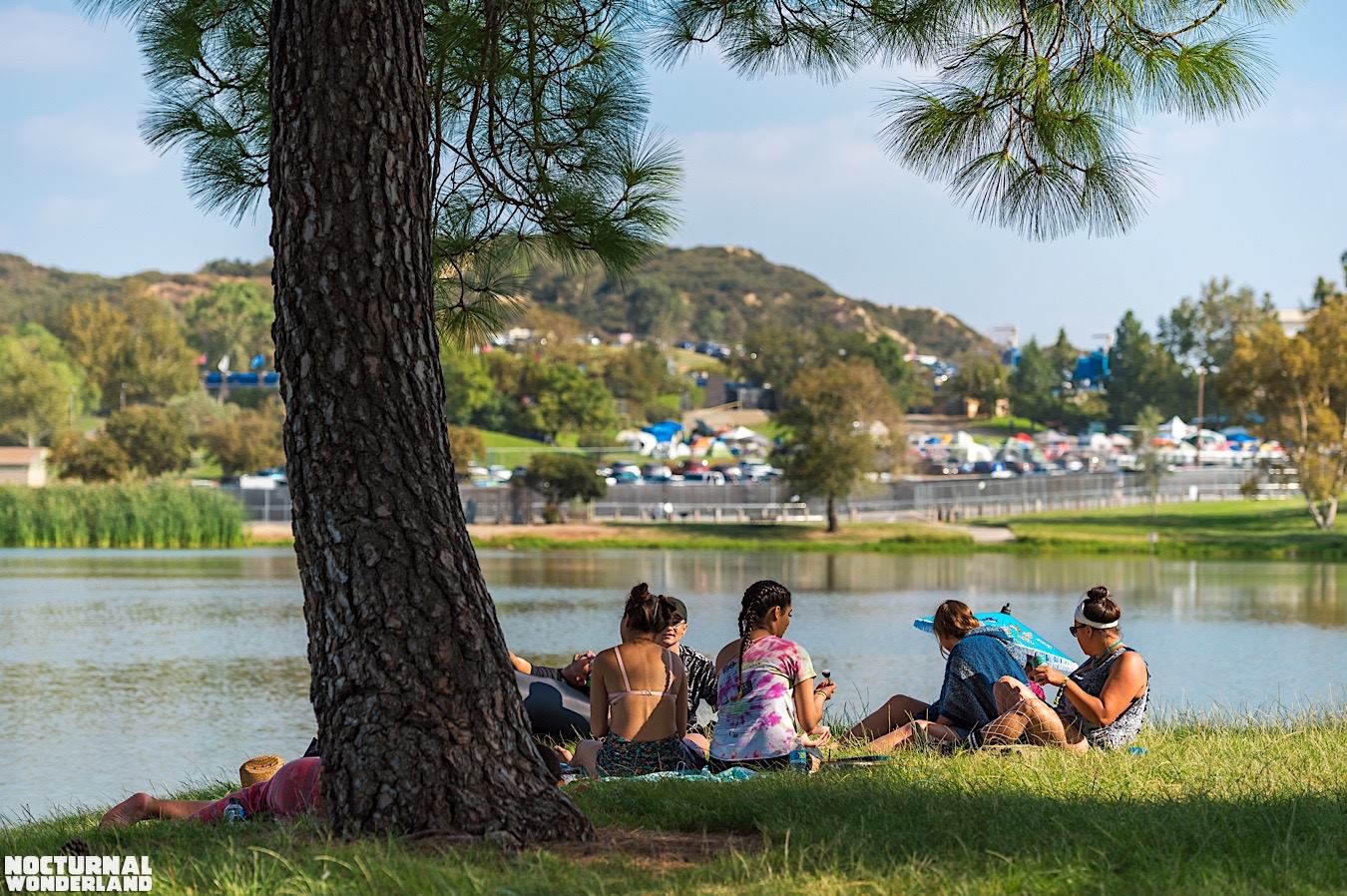 Nocturnal Wonderland will feature three different stages, art cars, and over 45 different DJs, including names such as Illenium, Slushii, Liquid Stranger, Deorro, and many more. Check out this mix by Illenium for a taste of what you can expect to hear over the weekend. 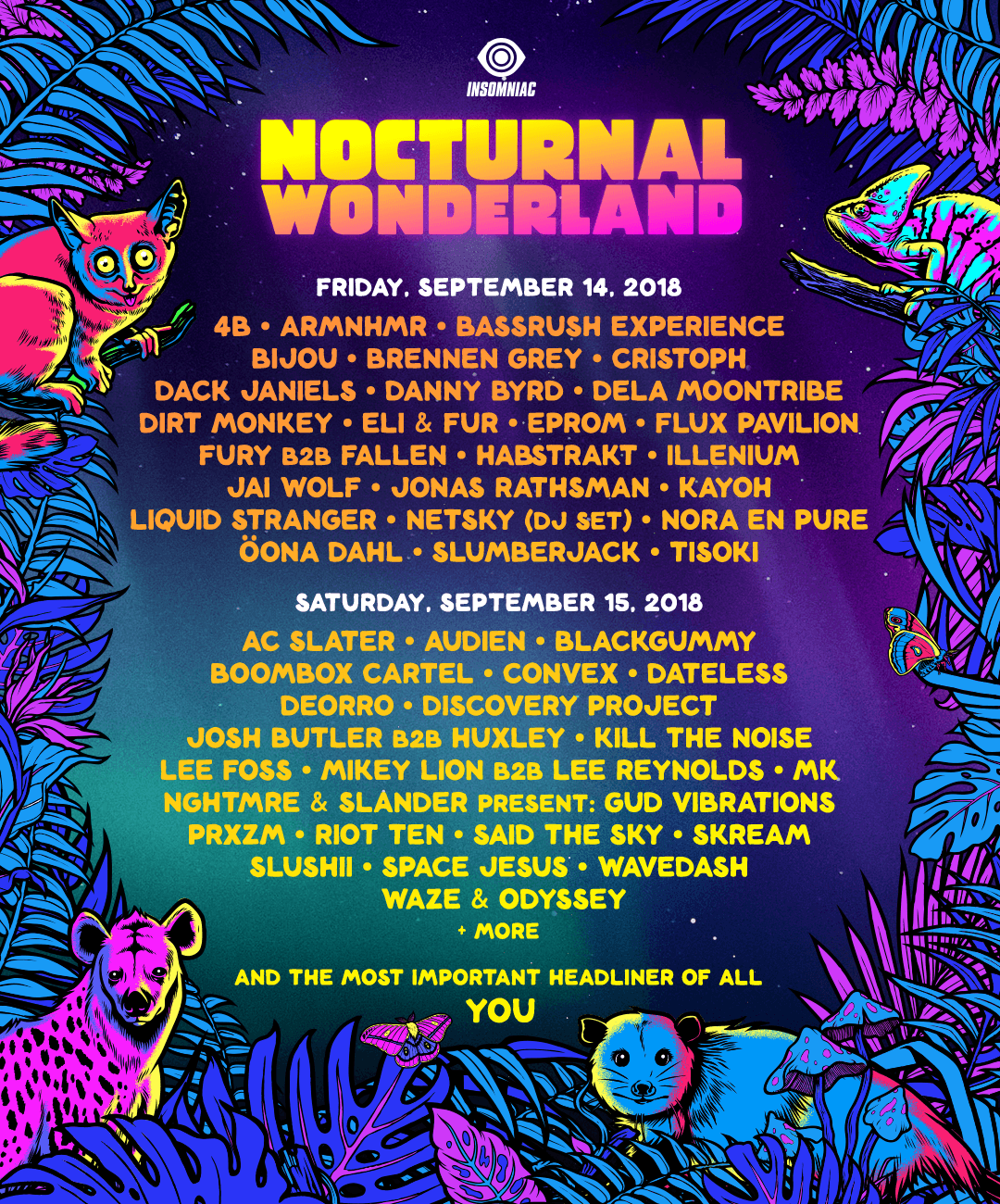 One of our favorite things from last year’s edition was the blacklight tunnel, where attendees were allowed to write their own messages with UV-reactive paint. We are hoping for an expansion of this idea, as it seemed to be much appreciated by those who got to enjoy it. 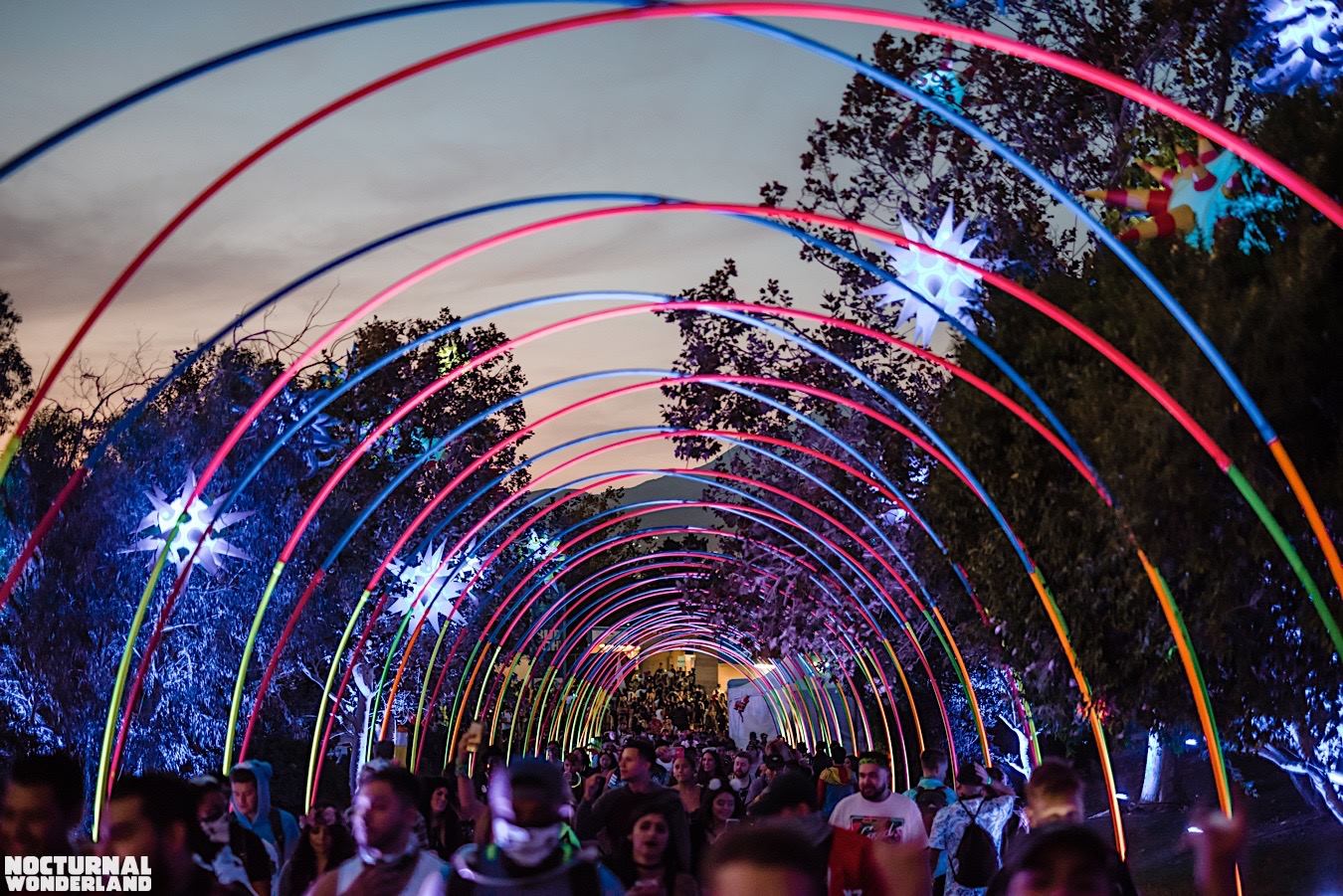 RV Passes, Car Camping and Lakeside Camping have already sold out. Tent Camping passes are still available but extremely limited, so make sure you grab yours here before it’s too late!

Camping passes don’t include entrance to the festival itself, and you can buy that by following this link. 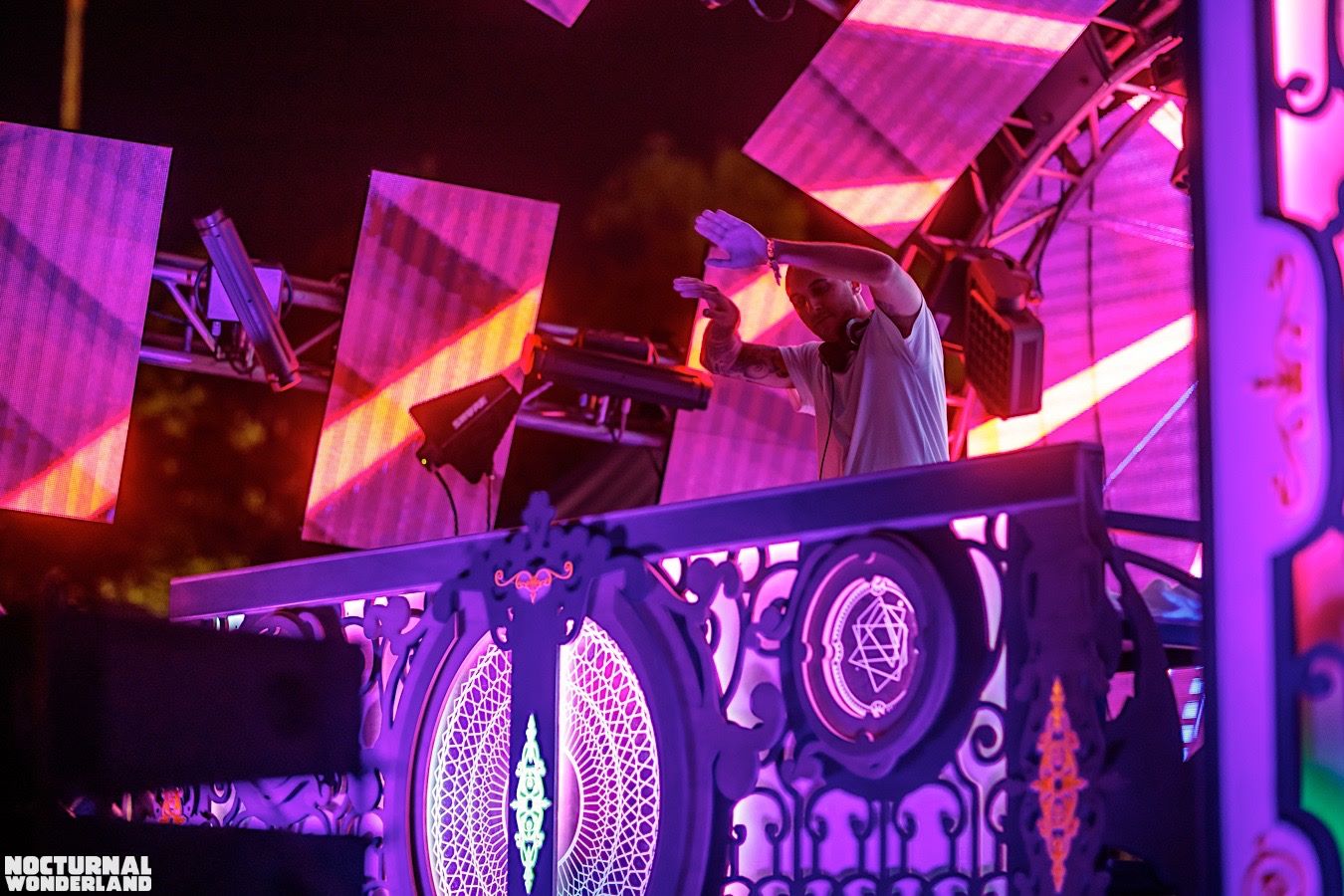