Good news, y’all! Haywyre has been nominated for a 2021 GRAMMY® Award for Best Remixed Recording for “Young & Alive (Bazzi Vs. Haywyre Remix)”. How epic is that? The nomination comes on the heels of Haywyre’s recent high profile remixes of Charlie Puth and Martin Garrix.
To celebrate the nomination, Haywyre has released a mashup video of him performing a medley of some of his favorite 2021 Grammy nominations. For instance, this includes snippets of Harry Styles, Roddy Ricch, Dua Lipa, Doja Cat, and Billie Eilish, all performed live in his studio! See the amazing clip here. Mashups are so fun, don’t you think? 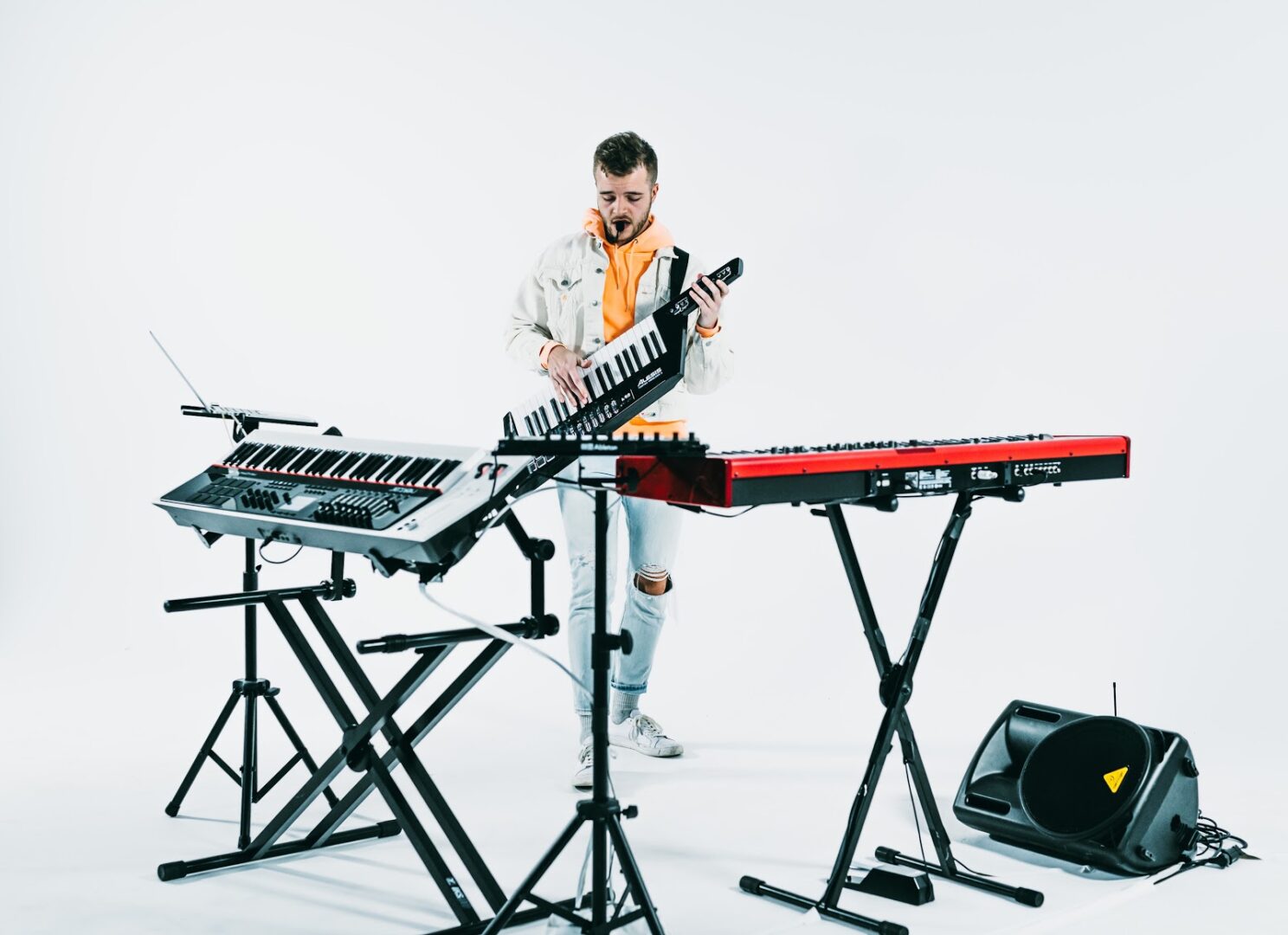 Haywyre first came to prominence in 2014 for his incendiary viral remix of Michael Jackson’s “Smooth Criminal”. Since then, the remix has amassed nearly 4 million plays on YouTube. Haywyre is now regarded as a leading figure in today’s dance music scene.
Haywyre is also celebrating his nomination in his inimitable way. This is by producing a series of video clips in which he live-performs short remixes of some of the other nominated songs. The first one, a flip of the Post Malone smash ‘Circles’, was featured on Trap Nation here, receiving over 100,000 views and over 5,000 likes in the first 24 hours.

The man is a musical prodigy who released his first full album at the age of 16. Martin Vogt p.k.a. Haywyre was initially inspired by a variety of artists including Herbie Hancock, Flying Lotus, and KOAN Sound. At the same time, he simultaneously drew influence from such figures as 19th century Russian composer/pianist Sergei Rachmaninoff.
Haywyre’s eclectic vision and fluid dexterity as a pianist parallels effortlessly with his captivating take on contemporary dance music. It is something unique, to say the least! In 2014, Martin made monumental leaps with his acclaimed “Two Fold, Pt.1” LP, which was inspired by Daoist philosophy and is notable for being the first full length artist album released by the iconic electronic label Monstercat. I’m a huge Monstercat fan, that’s for sure!
He is a well versed keyboardist, and talk box pioneer. A live Haywyre set leaves no stone unturned. And, after earning the admiration and respect of some of the biggest acts in the industry, Haywyre has since been inked as nationwide tour support for the likes of Gramatik, Mat Zo, Zedd, and GRiZ.
Stream the remix here
Watch the mashup video here
Connect with Haywyre:
Facebook
Soundcloud
Spotify
Twitter
Instagram
YouTube
Website
Posted in Festivals and tagged Billie Eilish, Doja Cat, Dua Lipa, Flying Lotus, Gamatik, Griz, Harry Styles, Haywyre, Herbie Hancock, KOAN Sound, Martin Vogt, mat zo, Monstercat, new music, New Release, news, Press Release, Roddy Ricch, Sergei Rachmaninoff, Zedd
← “Aravaipa”- New Single By Nico At NiteRule the World with ilan Bluestone and Jan Burton →
Don’t forget to follow The Festival Voice for all of your electronic music and festival news!
Instagram: @TheFestivalVoice
Facebook: @TheFestivalVoice
Twitter: @thefestvoice
Snapchat: @thefestvoice
YouTube: TheFestivalVoice
Home » Blog » Haywyre Recieves A Grammy for Young & Alive