If you’re a fan of trap, you probably like artists such as Migos, Future, Fetty Wap, Schoolboy Q, and other artists that fall within that genre. I’ve never liked trap, and when I was invited to go to a trap-dominant festival i.e Hard Summer, I was quick to say  “absolutely not”. You can’t dance or shuffle to trap, and based on everything I’ve heard, all the “Brads and Chads go to Hard Summer to get drunk out of their minds and get in everyone’s face”. I wasn’t sure about it until I saw the line-up…Jack U, Zeds Dead, Shiba San, Griz, Jamie XX, Odesza, What So Not, The Chemical Brothers, and Porter Robinson just to name a few were going to throw down their hardest sets at Hard Summer. I thought that the line-up couldn’t get ANY better until I saw my favorite artist of all time…Henry. Alfred. Steinway a.k.a RL Grime. I didn’t care HOW many Brads and Chads were attending….if RL Grime is there, I’m there. 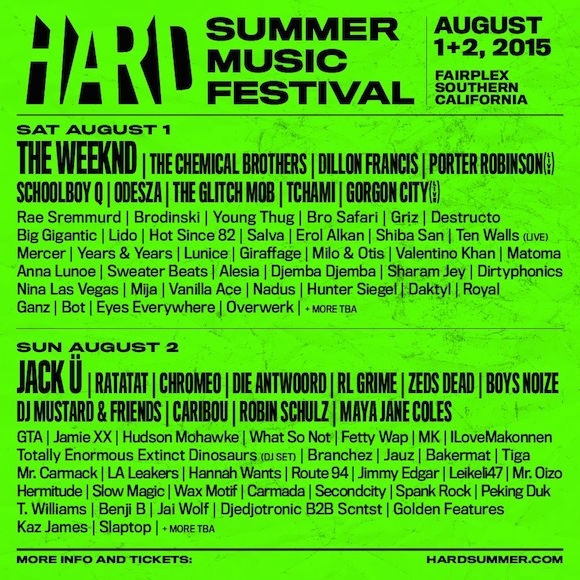 Rave day arrives, and I end up going solo. I drive to the Fairplex in Pomona, California and the vibes are absolutely insane. People were not kidding when they said the frat boys come here to get absolutely blasted. However, I couldn’t deny that they were the souls of the party. They all had a smile on their face, they were hyping everyone up, and some of the frat groups and their girls welcomed me with open arms and let me rage with them! I found a group who wanted to go to the front for RL Grime and of course, I tagged along and we found the perfect spot. Smack dab in the center towards the front, right next to the rails where the center leads directly to the sound booth. It was time….

“Golden State” begins to play, and people are beginning to lose it.

You can feel the energy intensify as the song begins to become more climatic and then you hear him… “Hard Summer….It’s good to be home”. A smooth transition into Faded by Zhu and then he throws DOWN. The visuals were hypnotizing, the vibes were immaculate, you could feel the vibrations hit your soul through the tips of your fingers and from the soles of your shoes, and everyone, from the front to the back, the left to the right, all wanted to head-bang and dance to RL Grime’s magic. The rest of his set is now a core (pun intended) memory and will forever hold the “Best Set” award in my mind.

I’ve attached his set here for anyone else that wants to experience probably the best trap set I’ve ever witnessed in my 7 years of raving.

Don’t forget that Hard Summer is happening this weekend! Check out the details HERE!