The Indianapolis Motor Speedway (IMS) also called the Brickyard (due to its original racing surface being paved with brick), opened in 1909. It’s the second oldest automobile racetrack in the world next to Brookland in the UK, which was opened in 1906. If that doesn’t impress you, this will. The IMS seats just over 257,000 fans making it the LARGEST sporting venue in the entire WORLD!  In 1987 the venue was deemed a National Historic Landmark. The venue hosts NASCAR, Formula 1, & motorcycle racing events. It is most known for IndyCar racing, specifically the Indianapolis 500-mile race. What makes this place even more unique is the Brickyard Crossing golf course which includes 4 holes located on the infield! 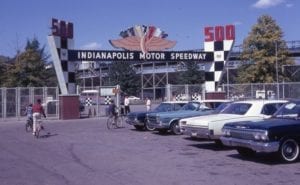 The Indianapolis 500, aka The Greatest Spectacle in Racing, held its first race in 1911. It wasn’t always called the Indy 500. In fact, it had several different names during the first 65 years! It wasn’t until 1981 that the name the Indianapolis 500-mile race was officially adopted. This annual race is considered a bucket list event for both participants & fans. Drivers complete 200 laps around this 2.5-mile course reaching speeds over 100 mph. The fastest recorded speed was just over 230 mph! It’s also one of just three prestigious races in Triple Crown Motorsport. It isn’t just a race but rather a weekend-long event held every Memorial Day Weekend. 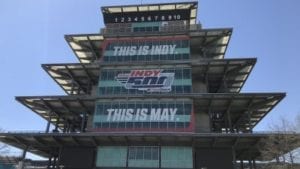 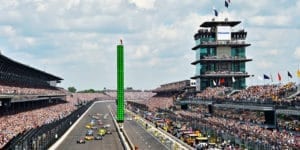