As the warmer weather hits, Summer Camp Music Festival welcomes us into gorgeous summer weather. The festival is in Chillicothe, Illinois, just minutes away from Peoria. The festival is run by Jay Goldberg Events and Entertainment and is being held May 24, 25, and 26th. The inaugural festival was first held in 2001 with about 1,000 people but has grown to approximately 20,000 people. The festival is the perfect mix of jam bands and electronic music. Over 100 bands will be in attendance this year and will be spread among the seven stages. The majority of attendees will camp over the course of the weekend, including during the pre-party, which starts on Thursday. The majority of fans arrive on Thursday to set up and enjoy the festival. 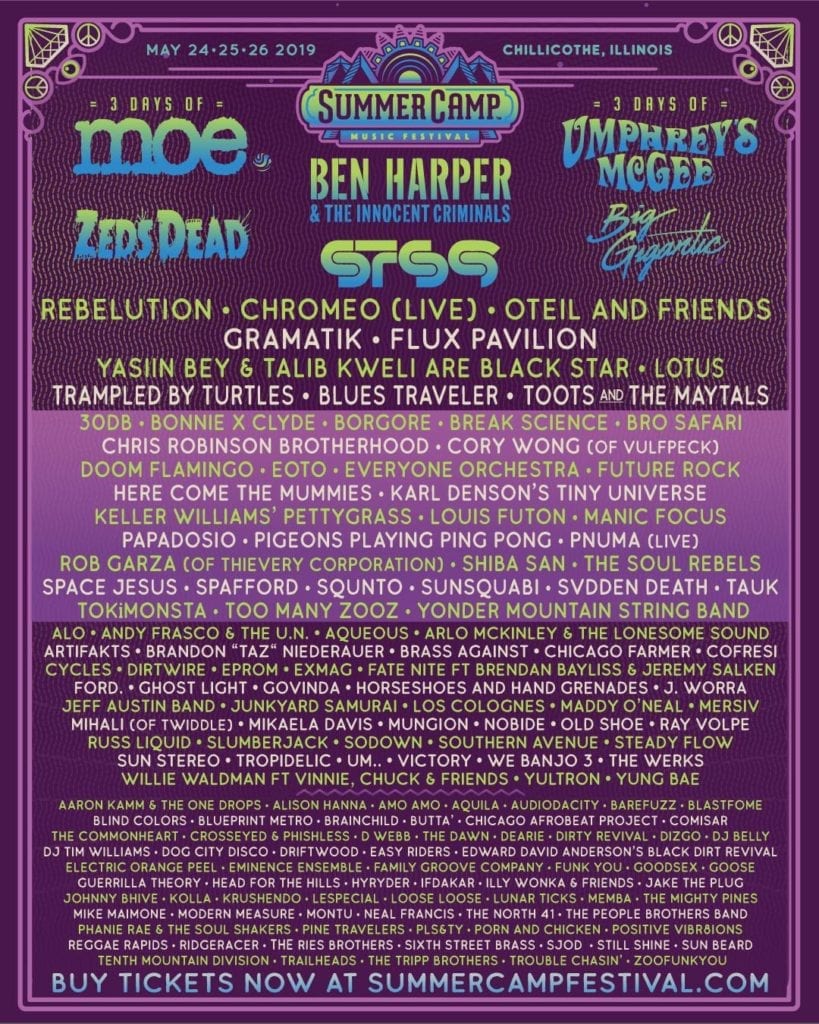 Jamming Out At Summer Camp During the Day

During the day, check out the jam bands. Summer Camp is well known for its huge names such as moe and Umphrey’s McGee, who play multiple times throughout the course of the weekend. People travel from all over the world to see these two bands return year after year. Talk to anyone at the festival, they’ll ask you when you are checking moe or Umph, not if you are checking them out. In addition, there are many other jam bands present including Ben Harper and the Innocent Criminals, Blues Traveler, Toots and the Maytals, Here Come the Mummies and many more. 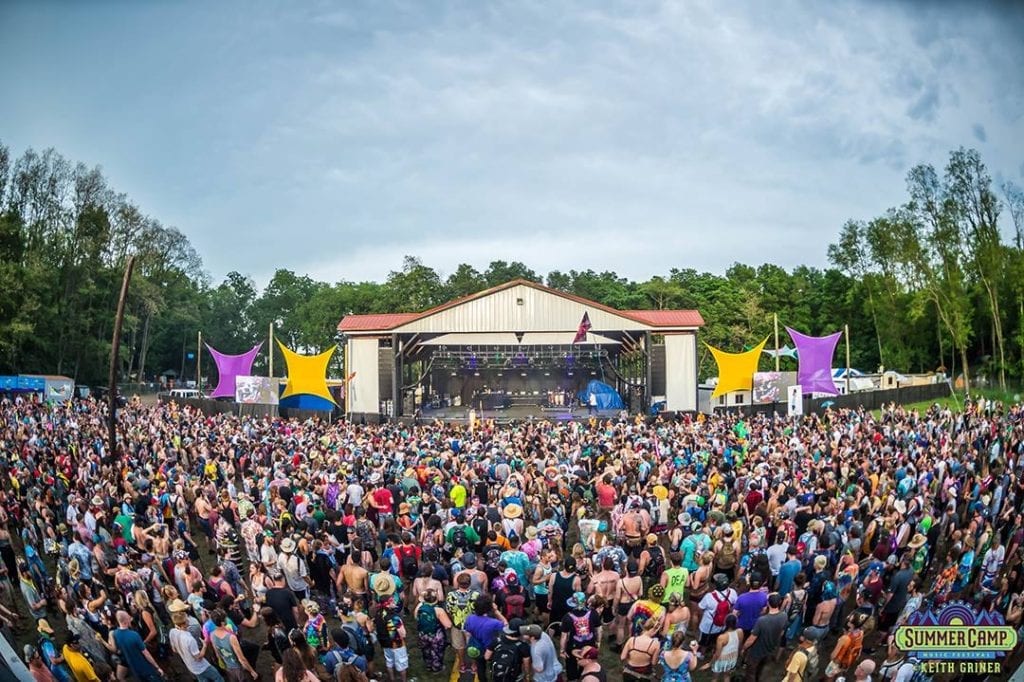 The Electronic Scene at Summer Camp

While some of the jam bands do play at night, the evening is when the electronic funk starts to come out. Fans start to see artists such as Zed’s Dead, Big Gigantic, Flux Pavillion, and Grammatik. Of course, many of those names still appeal to the jam band crowd, with their funky beats being a great mix of the two genres. The electronic scene has been expanding at the festival throughout the past few years. 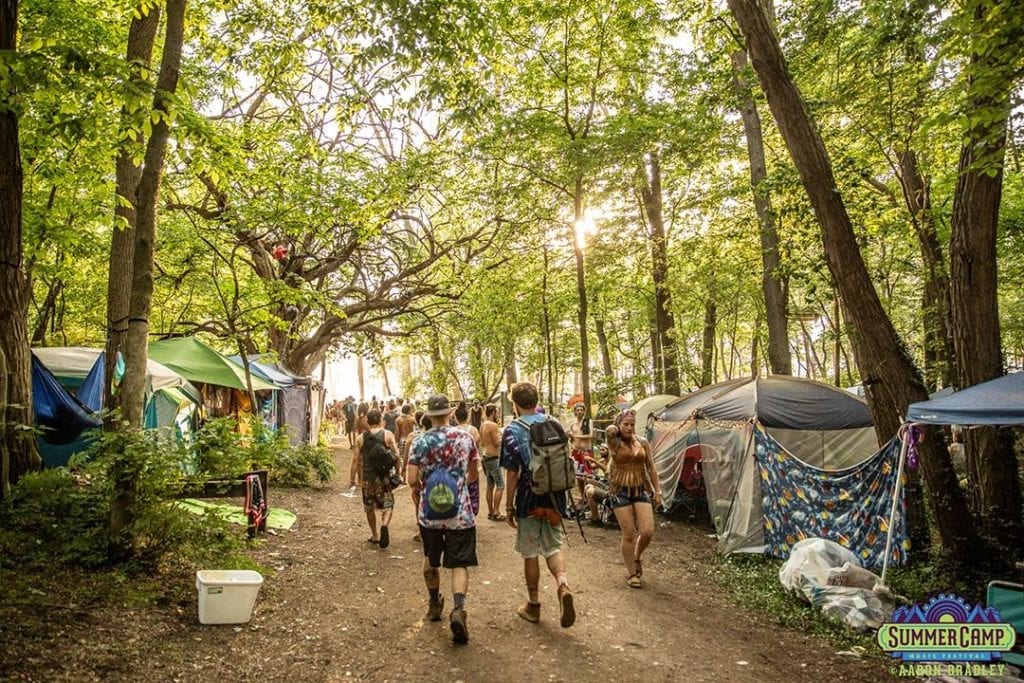 The vibes are what make this festival such a special place. Take a walk through the woods and you will find a community of loving and kind individuals. The family at Scamp is like no other, with positive vibes radiating throughout the entire festival. Summer Camp is truly a magical place. Get your tickets HERE. We’ll see you at Summer Camp 2019!