Hey everyone! Can you believe it’s January 7th already? Didn’t we just go on holiday break the other day? I took a vacation away from TFV for those two weeks and so now, we’re getting back into the groove! Check back in with The Festival Voice next week! 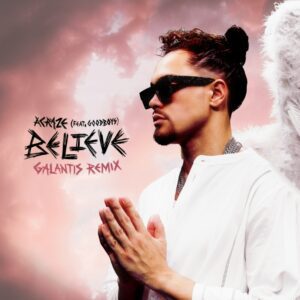 Starting the new year off strong, Andruss is making his debut on STMPD RCRDS with ‘Mamaera’ which sees him team up with Fatboi. It’s a groovy track with their distinctive Latin touch added to it. 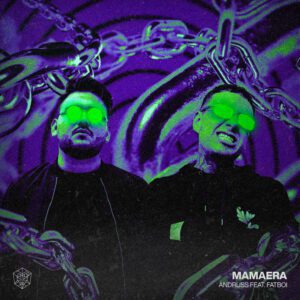 At 27 years old, Nashville, TN native Harrison Barron, otherwise known as ‘Barron,’ has proven early in his career that he’s a rising talent in dance music that should be paid close attention to. With a sound that can be described as energetic and euphoric but also deeply emotional, Barron was able to strike a chord with a good chunk of EDM fans. Without You is his next single. 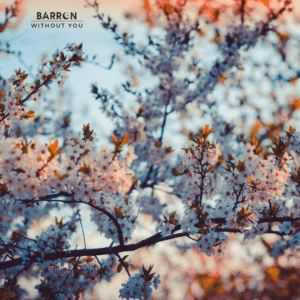 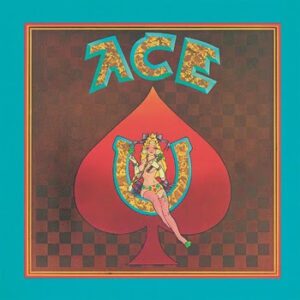 deadmau5 launches into 2023 with new single “Antisec” featuring American rapper YTCracker, best known for his contributions to the nerdcore hip-hop subculture.  The track will appear on mau5trap’s We Are Friends Vol. 11 label compilation due out this Friday, January 6. 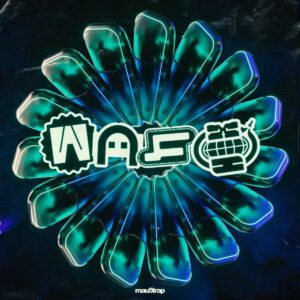 Brazil’s biggest artist and internationally acclaimed DJ Alok releases the new remix package for his latest hit single “All By Myself” with multi-platinum singer/songwriter Ellie Goulding and British DJ/Producer Sigala which is topping the charts across major European radio stations. Featuring a string of reworks from Paul Woolford, Moore Kismet, Ilkay Sencan and Jon Vendan, the “All By Myself (Remixes)” are out now. 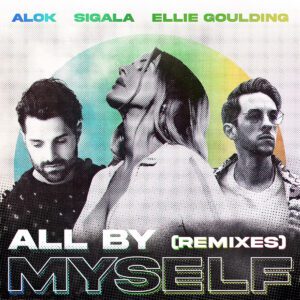 Originally hailing from the Thames estuary coastal town of Southend-on-sea but now residing in London, First Day Of Spring, a 5 piece outfit led by Samuel Jones’ songwriting, has bloomed. Now, the band shares the single / music video “Moon Boy” via Under The Radar, the first single from their Fly Over Apple Blossom EP, due Feb. 24. 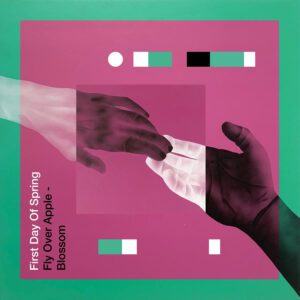 After spending nearly two decades establishing herself across New York and Los Angeles independent music circles, Frankie Rose returns after six years with a fresh form, aesthetic, and ethos embodied in her new full-length album Love As Projection, out March 10 on Slumberland. Celebrated by countless critical and cultural outlets over the years for her expansive approach to songwriting, lush atmospherics, and transcendent vocal melodies and harmonies, Love As Projection is a reintroduction of her established style through the new lens of contemporary electronic pop. 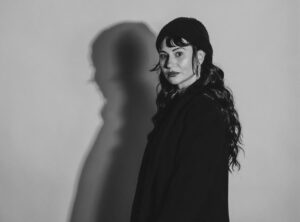 Guz teams up with Camden Cox on a stunning melodic tech single “Pouring Rain” for Insomniac Records.
Amsterdam-based producer Guz has become one of the most exciting artists in house music over the last couple of years with a sound that spans bright piano house, moody melodic house and club-focused tech house. He is making his debut appearance on Insomniac Records, recruiting the lauded vocal talents of London’s very own Camden Cox on their new single. “Pouring Rain” is a proggy tech house track built around Camden’s melancholic vocal hook, which sits atop a dark-leaning groove loaded with majetic synth melodies, winding arpeggiations, and pulsating basslines.
Stream HERE 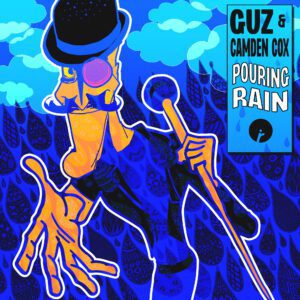 Phoenix, Arizona-based artist, Juheun, has earned himself an enviable reputation as one of the most exciting talents to break onto the American techno circuit over the past few years. Following a wealth of impressive career releases on the likes of Octopus Recordings, Set About and Kuukou to name a few, the iconic American-Korean techno producer now announces his newest release — a collaboration with Drunken Kong titled Open Door on Christian Smith’s esteemed Tronic imprint. 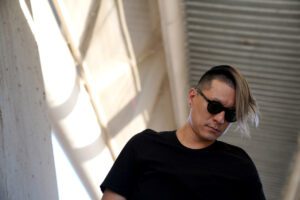 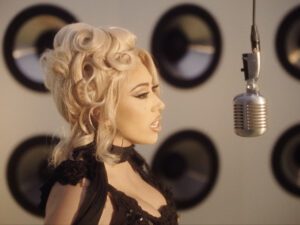 Little Simz- NO THANK YOU

Following the surprise drop of a brand new 10-track album NO THANK YOU at midnight on Sunday, which has already garnered rapturous praise, today Little Simz shares a visual accompaniment in the form of a visionary short film. 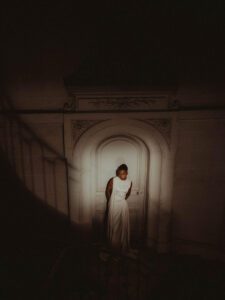 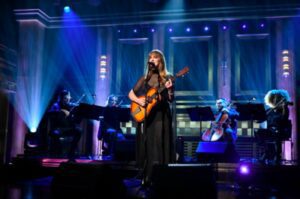 Get ready to end the year with an otherworldly musical experience. Chicago house music legend Marshall Jefferson is closing out 2022 with a unique collaboration with U.K. dance act Rudimental and House Gospel Choir with “FWD.” The vivacious and uplifting house single out now on Helix Records. 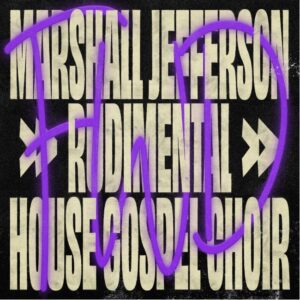 Following an incredible label debut alongside The Reactivitz with Back To The Groove EP in September, hotly-tipped Argentinian DJ, producer and sound engineer Mauro Somm now makes his eagerly anticipated return to POPOF’s FORM Music imprint, as he unveils his formidable three-track player, Hexagon EP. 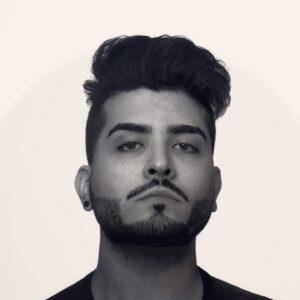 DJ and producer Michael Canitrot returns with an Afro-House remix by Kasango from his latest single ‘Take it Back feat Armen Paul’, released back in October. Canitrot has called upon Black Coffee protege, Kasango, to provide his own take on Michael’s powerful original. 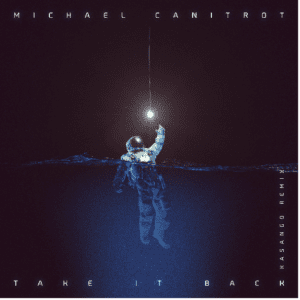 Moby returns with his semi-annual tradition of releasing a new album of ambient compositions, with ‘Ambient 23,’ a 16-track exploration of the weightless form that is ambient, weaving improvised drifting sonics out of his collection of analog gear. 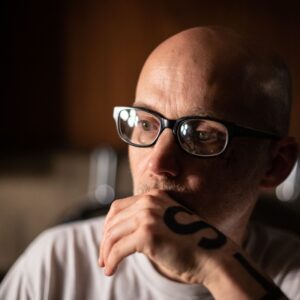 January 6th marks the debut POSH SWAT, of a new project helmed by John Dwyer (OSEES), Ryan Sawyer, and Andres Renteria. Ahead of the release of their forthcoming debut LP, POSH SWAT (due February 17 via Rock Is Hell Records), the trio have shared their debut double A-Side, “DUNGEON CRAWLER / BUG CITY.”

Longtime Bedrock artist, Randall Jones, has been busy making music with Ariaano, the legend behind 16 Bit Lolitas and Cubicolor. The results have been a stream of killer releases on Little Helpers, Sudbeat and a host of other top labels. Now, as they look to end 2022 in style, the pair brings some of their best work yet to Bedrock Records, with the two-track Thunderbird EP. 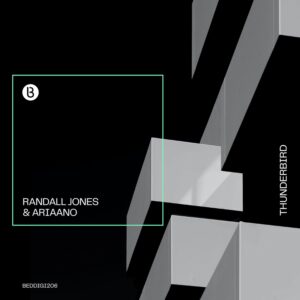 Composer, producer, and multi-instrumentalist Antoine Toustou continues expanding his musical portfolio with his newfound alias: Ron Puma. Best known for his work in the Parisian electronic dance music band Caravan Palace and as half of Alligatorz, a Latin-inspired electronic baile funk duo, Toustou cranks out his first project as a solo artist, Rocktacular EP. The five-tracker features a blend of 80s funk and modern hip-hop doused in a dash of the French Touch sound that shaped his teenage years. The Rocktacular EP is out now across all streaming platforms. 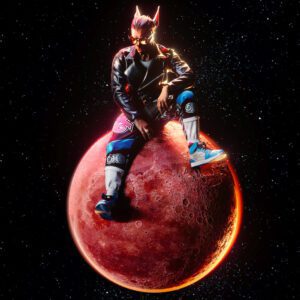 RÜFÜS DU SOL- On My Knees

RÜFÜS DU SOL cap off their most ambitious year yet with the release of the live version of Grammy nominated single ‘On My Knees’ captured from their sold out performance at The Gorge Amphitheatre in October. Stream ‘On My Knees (Live At The Gorge)’ on all audio platforms and

Watch the performance on the band’s YouTube channel here. 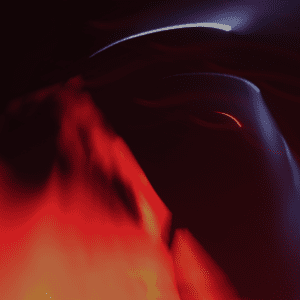 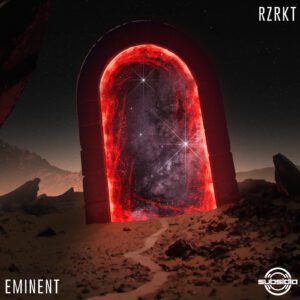 Titans of forward-thinking melodic bass SLANDER, Alison Wonderland and Said The Sky form a powerhouse trio for a long-awaited collaboration with the release “Picture” today (12/30) to close out 2022.  In October 2021, SLANDER and Said The Sky teased a rough cut of the track during their epic b2b EDC Vegas set while Wonderland tuned in via Facetime. The moment was captured on SLANDER’s Instagram here.  Now fans everywhere can listen in its final form. 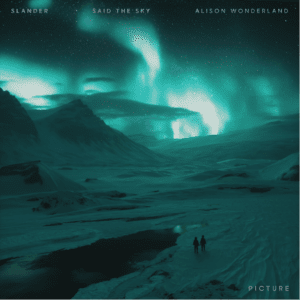 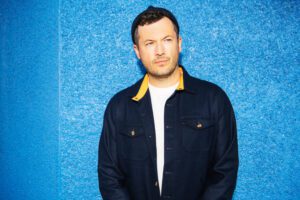 “‘Tomorrow Girl’ is about finding your future self when the present isn’t cutting it. I wrote this song when I desperately wanted change. Sometimes when we want change we seek the wrong kind of love, we take drastic measures, we make dumb mistakes. This song is my dumb mistake. There are so many punk songs titled “____ Girl” and I wanted to write a song in that tradition from a female POV. So, it’s a song about a girl, but we don’t know if the subject of the song is a love interest or if it’s the narrator having an inner conflict, which I wanted to leave purposefully vague; an inherently queer song.” -Taleen Kali 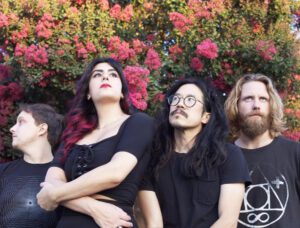 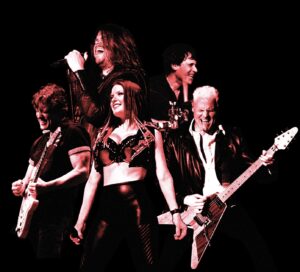 The Second I- City Lights

Globetrotting German techno duo The Second I have delivered their final single of the year in the shape of ‘City Lights’ – available to stream now.

Inspired the lights of Mexico, the driving techno track has a pulsing heartbeat, distorted sounds and warped bass, contrasted with a sprinkling of tinkling synths and playful notes that perfectly conjure up the feeling of a vibrant, city soundscape. 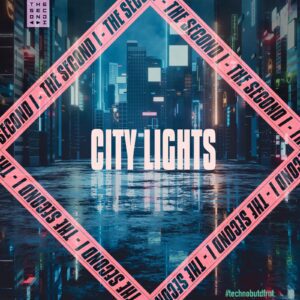 Grammy Award-winning, platinum-certified, international icon Tiësto (38.3M monthly listeners) presents his new single “Lay Low”, a record that highlights the moody quality of his 2022 deep house records, while moving forward with enticing fresh hooks in true Tiësto style. Blurring the lines between pop and electronic music on another next level, “Lay Low” is out now on Musical Freedom. 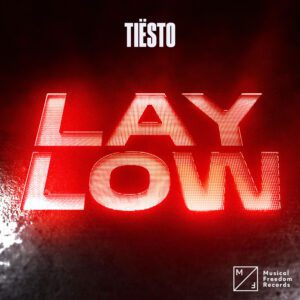 Tiffany- You’re My Everything

Tiffany has released her 11th studio album, Shadows, out now on DSPs and physical formats via Deko Entertainment. Today, she shares a music video for the track, “You’re My Everything,” just in time for the holidays as we all help to spread love and joy, while reflecting back on everything we’ve experienced this year. 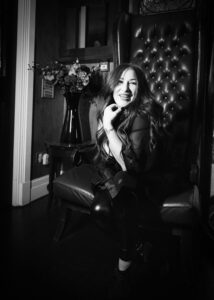 Written with a chance online encounter in mind, French producer, vocalist and musical mad scientist Tobias Dray ended 2022 with a for the fans release of “Maya.” Teasing clips from an Omegle conversation with a stranger almost two years ago, fans created their own romantic storylines and made the track a viral story before it was even released. Clarifying that “Maya” is neither a love song nor a friendship song, Dray sings “Maya, I hope I’ll never meet ya” in hopes of keeping a perfect moment untouched. 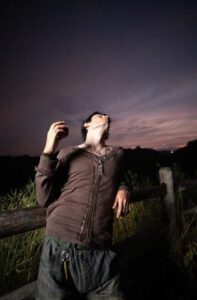 For the first time in its history, ULTRA Worldwide is coming to the Middle East.

ULTRA Worldwide is the most international music festival brand, boasting active events on all six inhabited continents, including the flagship Ultra Music Festival in Miami.

Heralded for delivering an unparalleled combination of top-tier electronic talent, cutting-edge technology, and large-scale productions, ULTRA Worldwide will finally welcome the UAE’s community of electronic music to the Ultranaut family with the inaugural edition of ULTRA Abu Dhabi.

From Saturday, March 4 – Sunday, March 5, ULTRA Abu Dhabi will take place at the largest open-air venue in the region, Etihad Park. The expansive venue is located on Yas Island, one of the world’s fastest growing leisure and entertainment destinations and a pinnacle of luxury in the United Arab Emirates. 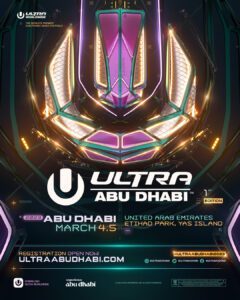