THE THIRD SINGLE FROM THE UPCOMING ALBUM, ‘ANGEL IN DISGUISE’ ON NIGHT TIME STORIES

ANNOUNCED RESCHEDULED TOUR DATES FOR THE UK AND EU BELOW

London based experimental producer and composer, Leifur James, unleashes the third single, ‘Angel In Disguise’, with stunning visuals from Hungarian director, Balázs Simon. This track is from the exciting new album, ‘Angel In Disguise’, to be released June 5th 2020 via Night Time Stories.

‘Angel In Disguise’ begins with slowly accelerating, haunting instrumentals that ultimately do an early crescendo with a rapid fall. A mixture of melancholic keys and broken beats bring a nostalgic ode and vague beauty. On top of that, James’ moody vocals with the classical piano and electronic bits really make for a complex track on an incredible new album.

“I was feeling a blurring of the lines between our experience as a society with the world and my own personal experience. Like these two clouded forms in my life at the time. I’m reminded of when you see the sun through thick fog; you can feel the sun shining behind the layer, but you can’t see it for its truest and purest form and feel submerged and surrounded by the fog. That analogy was happening at the same time for me, in an environmental and personal way.” – Leifur James

James brought light to our damaged relationship with planet earth and questions our failure to respect mother nature on this new track. ‘Angel In Disguise’ bring together James’ emotional chords and Balázs’ visual skills to highlight the fragility of the world into a beautiful, short visual story. 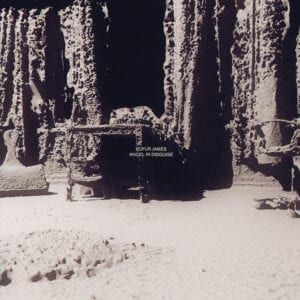 “Angel In Disguise has a lot of ambiguity for me – the presence of something good, but clouded, corrupted. The drunkenness of the world, beauty that is hidden. That ambiguity played a big role in the concept: I wanted to show a vision of our planet, again in a primordial state, reset. It’s a new kind of abiogenesis, driven by parallels between water and plastic, as the source (and end) of life…”

“…It’s funny how we were set out to shoot a film about our suffering planet, only to be struck by 90-95 km/h windstorms all day. It ripped apart the set, some of our lighting equipment, shook the bus and you could often feel small gravel hitting your face… I was fortunate to work with actress Franciska Törőcsik, who went all in despite it being February, freezing and stormy, or Eszter Takács, the art director of Midsommar, who had to watch her work destroyed by the weather and still came up with ways to save the day.”
– Balázs Simon

This is not the first collaboration between James and and Balázs Simon as they’ve previously produced the critically acclaimed ‘Wurlitzer’ project which received widespread support from Boiler Room, CLASH, Motionographer, the UK and Berlin Music Video Awards, the London Short Film Festival, Dublin International Film Festival and more.

Coming from electronic roots, ‘Angel In Disguise’ does not disappoint with an array of beautiful vocals from James as well as electronic soundscapes and vibrant modular based percussion. This incredible collaboration is expected to make waves in the music scene and see James step up, showing off his talented ear for music and a painstakingly honed production craft on a seminal label.

Soon to tour in the UK and EU to show off an effervescent production, hoping to kick off in October 2020 at Amsterdam’s Melkweg. Following that he will be heading to his biggest London show to date at Village Underground, plus Berlin’s Burg Schnabel and AB Brussels with further dates yet to be announced. 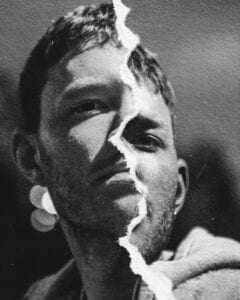 Leifur James’ ‘Angel In Disguise’ LP will be available 5th June via Night Time Stories and is available to pre-order here.