Any EDM lover knows there are so many genres within this scene. Take bass for example. We have Basshouse, Bassline, Drum n Bass, Future Bass, Glitch Hop, Dubstep, and many many others. But there are two genres that stand out and have taken over the Bass EDM scene: heavy bass and Hardstyle!

Insomniac graced us with another year of the well-known festival Project Z only held in Southern California. This year was much different than any other I’ve ever attended. From the decor to the festival layout, everything this year was bigger and better! I had so MUCH fun! 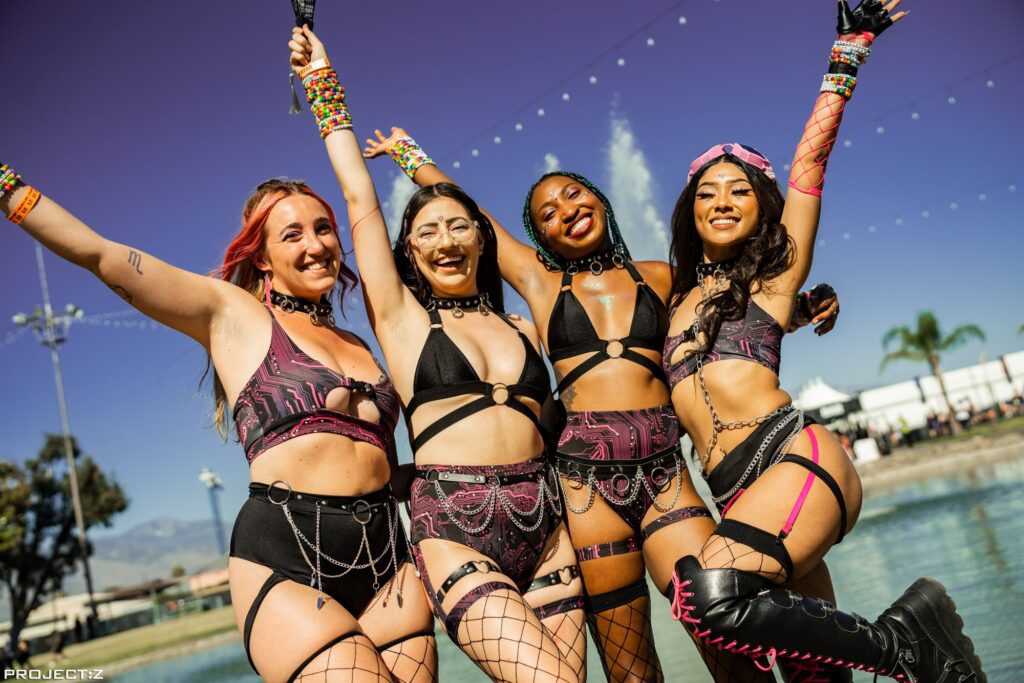 Last year Project Z 2021 contained massive covered stage structures which not only made it super-hot but also made it to where there was not much space between stages and there was a lot of sound contamination. At one point, I remember sitting between two stages and hearing a mix between two very very different artists. Honestly, it gave me a bit of anxiety that I didn’t stop by that part of the venue for the rest of the night. This year they decided to go a different route. All of the stages except one were in the open with no cover except for the stage ZERKS (Powered by Bassrush) and even though it was a wee bit hot in there, it was spacious enough that you could be up in the front and still had plenty of room to dance. Not only this, but there were plenty of exits where one could easily escape and head over to the next stage. There was no sound contamination at all between stages and even the 2 main stages sitting next to each other had their own vibe and felt like a completely different world. All in all, for Project Z festival ground set up I would give it a 10/10.

VIP area for both mainstages ZENITH (powered by Bassrush) and LAVEEN (powered by Basscon) were like nothing I’ve really seen before and made it SOOO easy to move from one stage to another to catch the bigger names in the industry. Both mainstages shared a VIP, yes you heard that right SHARED the space. The only thing dividing the stages were bars, food trucks/stands, and plenty of very clean trailer bathrooms with AC. I personally thought this has a great idea because not can you meet up with your friends when trying to catch different sets without ever leaving VIP. So smart! I loved having VIP and it’s something you should definitely check out at your next festival! 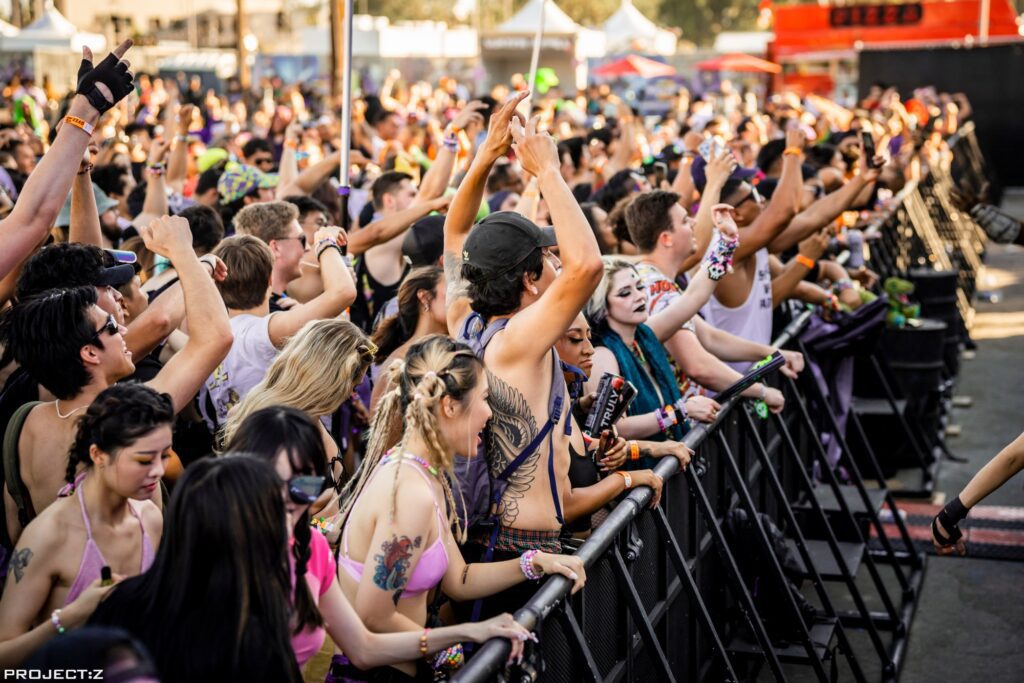 If you’ve ever been to Project Z, then you’ve probably taken some selfies or group pics next to the post-apocalyptic doom buggies. These machines are always so wonderful to see as each vehicle is unique in its own way. I’ve always wondered how they get them there or what else they use them for. Have you? Anyway, other than the typical buggies and massive wheeled vehicles this year also had some fun LED art installations that doubled as chill hangout spots or even meet-up places. I DO wish we would have seen a bit more throughout the festival! Performers are always nice too!

The lineup this year was STACKED but I was able to catch up with KAMI, a DJ trio from the US who are the definition of HARDSTYLE music, and RATED R, a fast up incoming Heavy Bass and Dubstep artist whose Down to Earth vibes just make you feel right at home. Check out their interviews (coming soon!!!) and don’t forget to catch them at your next festival!