Hey Festival Lovers! May brings us one step closer to having festivals back! Are you as excited as I am? Here are the hottest tracks of the week of May 7th! PS- Next week, our weekly roundup will be coming out a bit later than anticipated! Expect to see the post a few days later than usual.

With a refreshing twist on Ark Patrol’s – “Let Go”, Phantoms, Robotaki, and Late June are remixing the nostalgic viral track, putting their own spin on this seemingly timeless record. This remix package features a diverse group of genres and moods. LA-based duo Phantoms will be releasing a high energy house remix that’s bound to be a club hit just in time for summer, Robotaki, infamously known for his past remix work, is delivering a sophisticated and emotive electronic remix, and NZ-based producer Late June‘s remix brings an upbeat, emotionally-rich, chill pop sound to the package. 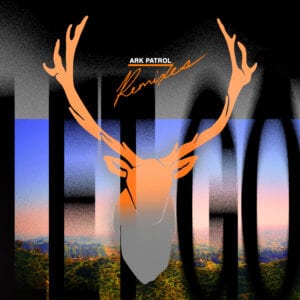 Sour & KAESE- Can’t Live Without You

Out now, Can’t Live Without You is the latest installment in a slew of remarkable releases from the abounding Mexican talent over the past twelve months, who now teams up with new producer KAESE for the pair’s epic debut collaboration, and the first official release of KAESE’s career to date. 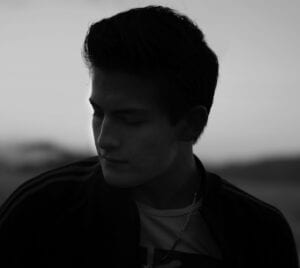 Lights Up’ is the first track to be released in over a year from the live-electronic selectors, who have been working together for over a decade, creating timeless, genre-defying classics drenched in a sense of nostalgia. ‘Lights Up’ is a continuation of this philosophy, aided by Channel Tres’ propensity for crossing genres and drawing inspiration from eras like 90s Detroit house and West-Coast hip-hop. The result is a track that belongs to these moments in time as much as it represents what’s next for the global dance sound, a confluence of feeling and style. 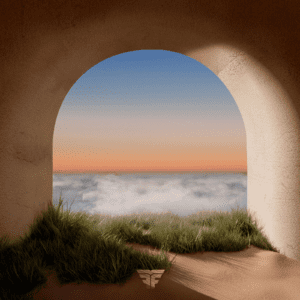 At the forefront of progressive and trance for almost a decade, Ilan creates high-energy trance with heart and soul. From barnstorming festival favorites ’43’, ‘Spheres’ and ‘Let Me Know’, to modern updates of genre classics like System F’s ‘Out Of The Blue’, Armin van Buuren’s ‘In And Out Of Love’ and OceanLab’s ‘On A Good Day’ and ‘Satellite’, his emotional, song-drive approach to dance music has earned him eleven genre chart #1’s on Beatport and a legion of fans around the world. 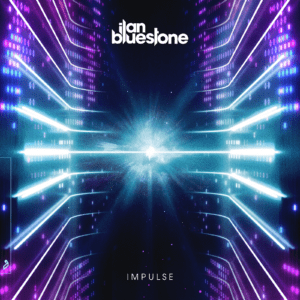 Amassing over 55 million streams throughout his career to date, in recent years Eric has cemented his reputation as one of the electronic music scene’s most exciting acts, having toured the globe performing at Coachella, London’s Printworks, and New York’s Brooklyn Mirage. A much loved Anjunadeep fan favorite, the past few years have seen Eric release two acclaimed LPs, his debut ‘Into Clouds’ and follow up ‘Lucky Ones’, along with a wave of well-received singles and remixes for the likes of Moby, Jai Wolf, Catching Flies and Above & Beyond. 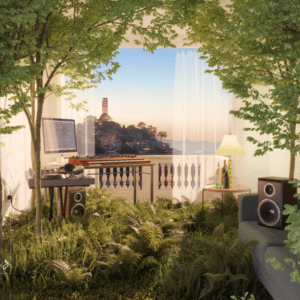 “Forever I Wait” is Topley-Bird’s fourth long-awaited studio album and her very first self-produced and curated piece of work to date. The 12-track album, set for release on September 10th captures an extensive journey describing, confronting, analyzing, reflecting, and sometimes goading as it ultimately seeks to make peace with what life is.

The album starts off with “Pure Heart”, in what appears to be a pledge to the muse’s muse. The first single is out now! 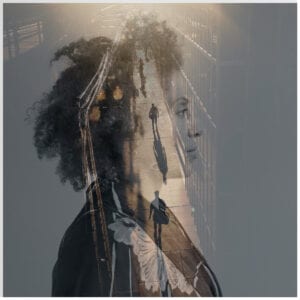 Matt Nash- Ready or Not

The hugely popular Matt Nash is here with his brand new single on STMPD RCRDS: ‘Ready Or Not’. Together with the single release, Nash has been hinting on social media that there could be a debut album coming from him this year. Without any further information, he’s probably going to leave fans guessing a little longer, but luckily they do have this new release to enjoy in the meantime. ‘Ready Or Not’ is a perfect combination of commercial and club vibes with a super catchy pop vocal that’s effortlessly blending with the clubby bass-driven drops. Teaming up with vocalist Nikki Ambers, the idea was to create a poppy dance hit that’s perfect for the upcoming summer days. 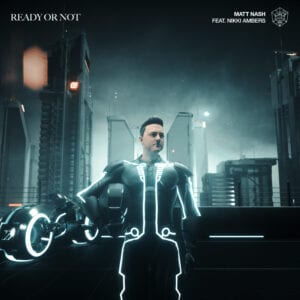 You’ll have to be patient until you can physically accompany the likeable Danes on their trip to the beach. Until then, you can – as a small consolation – use your sheer imagination. Just close your eyes for about four minutes and, accompanied by the spherical melody and hypnotic vocals on WhoMadeWho’s new single Mermaids, dream yourself to dancing on sand dunes and the feeling of maritime wind in your hair. 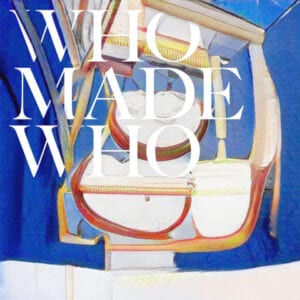 Heavily influenced by pop music, the trio creates a colorful and vivid story that is seen throughout each song on Hellraisers Pt. 1. “Lean On Me,” the album’s lead single featuring Tinashe, will entice your ears from the very first listen. The bassline and use of different percussive elements carries the song’s emotion and ambition to the center stage thanks to the group’s versatile skills. Tinashe and Trevor’s memorable vocals elevate the piece to the next level. With lyrics such as, “Baby when you’re falling, you can lean on me, when you don’t feel strong, when you don’t believe,” it’s hard to not relate. 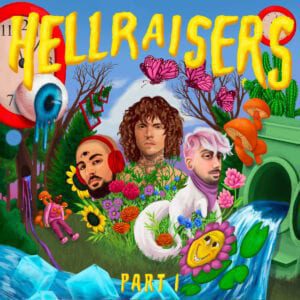 The new single out now via Ultra Music arrives loaded with un-adulterated bass, minimal distractions and a deeply palpable feeling of summer.  Bringing their lockdown studio output to the center stage ready for clubland to resume; “Supersonic” follows on from the Scottish pair’s previous disco-laced single “Dancing Hearts’ and reverts to their classic, ubiquitous approach to drums and contemporary and soulful vocals. 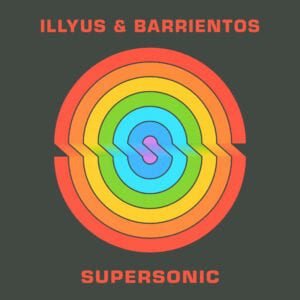 When Oumi Janta used ‘Ba:sen’ to soundtrack one of her famous roller-skating videos, little did she nor producer In Deep We Trust know what was to come. With the video getting hundreds of thousands of views overnight and shares from the likes of Alicia Keys, Celeste Barber & Viola Davis the track went on an upward spiral to success. It was soon signed to the glorious FFRR and has since, been labeled a hit and with support from music heavyweights such as Pete Tong, Sam Divine & Martin Garrix. Now, the viral sensation is pushed into the realms of summer disco and beyond with German DJ / Producer Tensnake’s retouch, putting his signature blend of boogie, funk & soul into the mix. 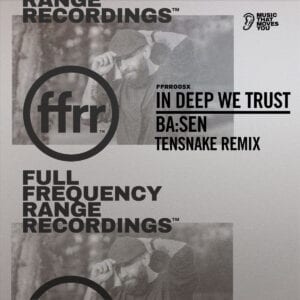 Mike Hiratzka- The Light of The Morning

With a strong background in programming, Mike has taken 2020’s touring pause to work on his new personal electronic project. “The Light of The Morning” is his first introduction to that solo sound, a melancholy and evocative track with cinematic overtones, created with incredibly crisp and mature production techniques.  “The Light of The Morning” is the debut single from his forthcoming full artist work, Nish, out in June on Mike’s own Nish Recordings imprint. Writing this single was initially what propelled Hiratzka toward the album concept.
Stream HERE 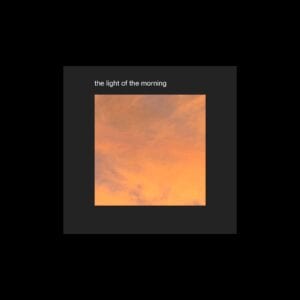 Today, hot off the release of their single ‘One By One’ produced alongside Diplo and Elderbrook, German ‘Super House’ duo Andhim deliver their rendition of ‘Foolproof,’ the club-ready summer anthem by Hayden James, Gorgon City, and Nat Dunn. Released on Future Classic, Andhim’s remix comes after that of funky house authority LP Giobbi, who added her own groove to the track last week. 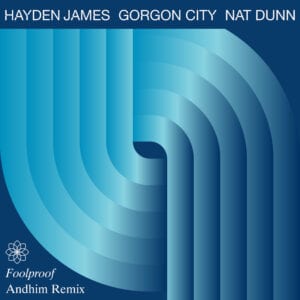 Showtek & Theresa Rex- What Is Love

‘What is love without someone to love ya?’ Theresa Rex’s lyrics provide the focal point of Showtek’s newest single, exploring themes of unrequited love and relationship struggles. The resonating vocals were created by Canadian singer/songwriter Jessie Reyez. However, the production of ‘What is Love’ sharply juxtaposes the somber topic. After opening with a light synth line, the chorus blossoms into an exuberant dance affair complete with a brightly syncopated bass rhythm and an immediately catchy top melody. Capped off by Rex’s soaring vocals, ‘What Is Love’ is an earworm that combines broad pop appeal with modern club sensibilities, grounded in classic dance production while harnessing a forward-thinking sound. 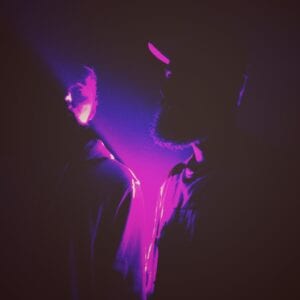 The trifecta is complete with the Shine On album’s third single – “Hypnotic” – featuring rapper, singer, songwriter, and actress Azealia Banks. Joining the party on remix duties is the incomparable Italian dance music icon Benny Benassi and BB Team. The remix dutifully works around the vocals, keeping the essence of Oakenfold’s original intact while incorporating that signature clubby Benny Benassi sound around the edges. 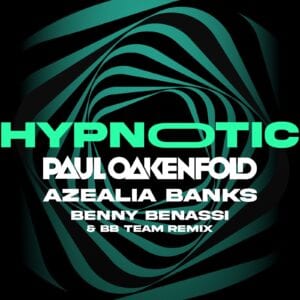 Guess What? We’ve Got Some Rock For You!

So this week, we’ve got a bonus! We were sent some epic rock tracks we wanted to share with everyone.

Jullian Records and Nashville-based indie-rock sextet Waker are excited to announce the band’s long-awaited debut album, Fresh Out (stream and purchase). Produced by Lincoln Parish, former lead guitarist of Cage the Elephant, Fresh Out is the story of an American road band in the year 2020 and the trials and tribulations they’ve had to endure along the way. The product of years of hard work, touring and perseverance, Fresh Out is an uplifting album for the current times with an encouraging message to keep your head up however you can. 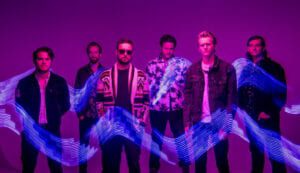 Frank Turner didn’t want to write a lockdown song. Over the past year, he’s written and rewritten songs, trying to steer himself away from the subject that will no doubt dominate the charts for years to come. But for a man whose life and career are so intrinsically linked to live music, not referencing the dearth of festivals and gigs started to prove impossible. Not least since Turner himself has spent much of lockdown playing virtual shows from his living room, raising over £250,000 to support endangered grassroots venues up and down the UK, many of which might not have otherwise survived the pandemic. 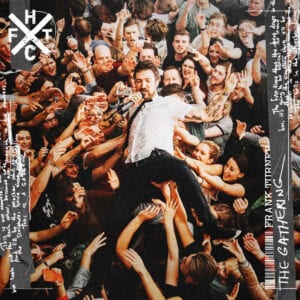 That’s all for now! Happy May 7th! We will see you soon, although next week we’re going to take a break on our weekly roundup! You can expect to see those tracks the following week.