Emerging from the depths of clubs, MDNGHT Recordings has officially launched this December – aiming to bring like-minded people together in order to share love and light. MDNGHT Recordings plans to create a platform for those who share passions for creativity and a passion to grow. They’ve scoured the corners of the world in order to search for undiscovered talent and shine a spotlight on those that deserve to be shared all over the globe. 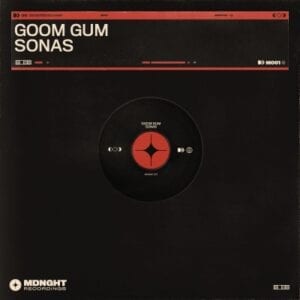 “After months of preparation, we’re happy to announce the release of our new label, MDNGHT Recordings. It’s the culmination of our friendship coupled with years of experience in the industry, leading us to launch something we can call our own. Our aim is to source unknown artists, with special talents and place them on a worldwide platform. It’s now time we share our passion and love for the music with everyone waiting for quality music.” – MDNGHT Recordings

Now entering Russian production duo – Goom Gum. A pair that has already stepped into the music scene with their melodic and progressive inspired productions since 2016. Already, Goom Gum has made appearances on things such as Moscoman’s Disco Hala and Enamour’s ZeroThree Records. They’ve also received much support from Andhim, Solomon, and Guy Mantzur. Now, Goom Gum has releases a single with MDNGHT Recordings called ‘Sona’.

“Goom Gum have been making waves for some time now and we instantly fell in love with the duo’s style the first time we heard it. To be able to claim ‘Sonas’ as the first release ever on the label is something we’re immensely proud of.” – MDNGHT Recordings 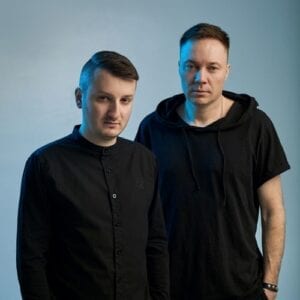 Between the melodic techno and progressive house, Goom Gum has even received support from BBC Radio 1’s Pete Tong. Their most recent release, ‘It’s A Lot’, which also features a sample from Depeche Mode’s classic track, ‘Master & Servant’, was given an award – ‘Essential New Tune’. They also recently appeared on air for a ‘Weekend Hot Mix’ – further making a name for themselves and giving them a rise throughout the rank of the electronic music industry. Goom Gum is keeping with the labels vision of presenting up and coming, unknown artists to the worldwide stage.

Now, back to MDNGHT Recordings. They’ve collaborated with Goom Gum to create the single, ‘Sonas’. Throughout the track, Goom Gum provokes emotion with ‘stabbing synths’ and ‘sweeping melodies’. The song has already been picked up on Pete Tong’s Friday Night Radio 1 Dance Show. ‘Sonas’ aims towards the dance floor with its peak time progressive notes.

Goom Gum’s ‘Sonas’ is now available on all platforms via MDNGHT Recordings.